How to Improve Gas Mileage - Get More Out of your Gas Tank!
↓ Skip to Main Content

How to Improve Gas Mileage – Get More Out of your Gas Tank!

Being a car enthusiast often means that performance comes above all. However, even the most hardcore petrolheads will reach a point where they’re trying to squeeze as many miles as possible from a single tank of gas. If this is you right now, you’re in the right place. We’ll show you how to improve gas mileage using nothing more but common sense and a few simple tricks. Let’s get right to it!

Fuel consumption is a figure that describes how much fuel an engine has to burn to cross a certain distance. In the US, we measure fuel consumption in miles per gallon, while other places around the world use liters per 100 kilometers as well as other formulas.

When car manufacturers design engines, they can roughly calculate the baseline fuel consumption by factoring in a whole range of variables. The displacement of the engine, power it produces, the curb weight of the vehicle, etc. are all going to impact fuel consumption. Once all of these are take into account, engineers will end up with an MPG value that is later included in the spec sheet.

It’s important to remember that these factory values are only an approximate representation of actual fuel consumption. The actual rate of fuel expenditure is often higher than what the factory publishes in the spec sheet.

Can the Factory MPG Be Achieved in Practice?

Despite the fact that factory MPG is often hard to achieve in everyday life, there are methods and tips you can utilize to get as close to it as possible. How effective some of these methods will be is going to depend on your vehicle’s age and condition. More on that later, when we touch upon car maintenance. Let’s start with the simplest method on the list!

If there’s one way to add a few miles to your MPG figure quickly, it’s to cure the so-called ‘heavy foot’ syndrome. In other words, don’t run your car hard 24/7. Simply being light on the gas pedal can significantly reduce the amount of fuel you’ll burn covering any given distance.
Internal combustion engines experience a spike in fuel consumption upon acceleration. By reducing the rate of acceleration, you’ll keep the fuel gauge needle steady for longer. In addition to being light on the gas, avoiding unnecessary acceleration is also a great way to save money. Here’s why.

Driving is a dynamic activity. There’s traffic, road signs, varying driving conditions, and a whole slew of other things an average driver has to deal with. We all develop individual driving habits over time. Slightly adjusting those habits could leave with a few more bucks in your pocket.

Timing the traffic so that you don’t have too many braking or acceleration events will keep things frugal. Here’s an example. Say you’re approaching a red light. Instead of reaching the stopped traffic and braking about as late as you can, just let off the gas as soon as you see the red light.

Allowing the car to coast slowly up to the light increases your chances of catching a green light and only having to apply a bit of gas to get back up to speed. That tiny bit of acceleration is much better than braking, idling at a light, and then accelerating.

Driving habits aside, there’s a whole bunch of other factors that impact gas mileage. Tires are by far one of the most overlooked factors today. How often do you check tire pressure? If it takes you more than a few seconds to come up with an answer, the chances are that your tire pressure isn’t optimal.

All tires leak pressure over time. We’re talking small amounts that add up. As tires deflate, they gain a higher rolling resistance, which increases fuel consumption.

Tire maintenance is also important as bald or old tires can put more strain on the engine. Modern tires have fuel efficiency rating in addition to the usual specs, allowing you to opt for more fuel-efficient compounds and tread designs.
In short, maintain the tire pressure and change tires when they wear out. 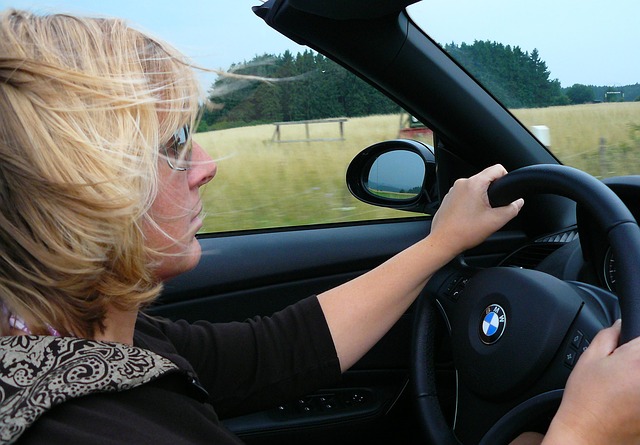 Unless you’re driving a brand new or a nearly brand new car, vehicle maintenance will definitely play a role in how much fuel your car sucks up. Clogged injectors, dirty mass airflow sensors, dirty filters, and old oil can ramp up your fuel consumption without you being any wiser.
Staying on top of your maintenance is key. Change oil on time and use quality brands like Motul. Their lubricants are geared for both protection and efficiency, especially the 8100 series of engine oils.
Actually, we can flip this around. A sudden decrease in gas mileage can reveal potentially serious issues with the car. If you notice that $50 of fuel no longer gets you as far as it used to, it might be time for another engine inspection.

HVAC or Open Windows, Which and When?

HVAC systems are often cited as the arch-nemesis of high MPG figures, and there’s plenty of truth to this claim. Merely going without AC can have a tangible impact on the gas mileage your car is getting. But what if you live somewhere in Arizona or similar places where one can bake a tray of cookies on the dashboard in July?

The consensus is this – try to survive with open windows as long as you’re driving within a city or an area where you’re not moving too fast. Forgoing AC under these conditions is doable as long as there’s fresh air moving through the car.

On the other hand, if you’re doing mostly interstate or highway driving, it’s much less impactful to run the AC as you usually would. Driving at highway speeds with open windows is noisy and uncomfortable. More importantly, doing so increases your car’s drag coefficient, which in turn increases fuel consumption.
In short, windows in the city, AC on the highway when it’s hot outside.

Get Rid of Unnecessary Weight

All of us are hoarders to some extent, whether on purpose or by accident. When your car manufacturer calculated the MPG figures for your car, they did it with an empty vehicle and usually a nearly empty tank of gas.

Since driving an empty tank is not a good idea, if you like your fuel pump, you can mimic the other part of the test – driving with an empty vehicle. Simply take a good look at the trunk and see if there’s a bunch of things you don’t need, but that adds weight. Get rid of everything that’s not essential.
Granted, this won’t result in a dramatic change of MPG, but it will add up over time.

Having a plan is always better than not having one, even when it comes to simple things such as daily commuting. Modern cities have become a proverbial minefield of bad intersections, lights that hold green for a few seconds max, and generally shoddy infrastructure.

All of this often means that the shortest route isn’t always the most fuel-efficient one. Adding a few miles to your commute to and from home can save you money. Especially if the alternative means you’ll sit in crawling traffic for half an hour or more.
No matter how dense or larger, every city offers enough leeway in terms of planning your commute. Don’t follow the herd. Make your own route to work and maybe even a different one on your way back home. Be the best planner you can be and avoid rush hour as much as possible.

Same applies to longer, cross-state or cross-country trips. Find routes that don’t take you through major cities, as well as ones that aren’t bottlenecked by road construction works. Modern apps allow us to track traffic conditions in real-time, so make sure to use them as often as possible.

Plan your Chores as Well

The last bit of advice that might help you is to plan your chores. Instead of going out to eat, then going to Costco’s and later hitting the gym as separate trips, condense it all into one commute. No matter how careful you are with your accelerator pedal, being frugal with your gas is all about planning. The better you plan your chores, the longer that gas gauge will lean towards the F symbol.

At the end of the day, it is more than possible to improve gas mileage through discipline and proper vehicle maintenance. Simply understanding how your driving habits affect the MPG figures, your car achieves a step in the right direction.
Ultimately, if you feel that you can’t wrangle the fuel expenses for your car, there are always more efficient models out there that could potentially be every bit as fun as the car you’re driving at the moment. With that said, we hope that this guide has proven useful in your search for frugality!

2 thoughts on “How to Improve Gas Mileage – Get More Out of your Gas Tank!”