For a limited time, enjoy 10% off on all Powerflex Bushings and Kits via exclusive instant rebate.  If you are buying three or more kits together, we will take 10% off that order, not bad right?  We find that a lot of people often buy multiples when they are redoing their suspension bushings anyway, so this can be considered an added bonus.  For your rebate to work you must order three separate part numbers.  Click here to check out what fits your car.

A while ago, I wrote an article in an attempt to help customers and installers understand what a polyurethane bushing really was, because there was an overbearing assumption among the sport tuning community that poly was just a bushing that was harder than rubber.  Well, in most cases that is the case, but in practice both rubber and polyurethane can achieve the same level of stiffness.  The hardness of the polyurethane or rubber can be altered to whatever the manufacturer may see fit.

However, nearly all standard rubber bushings are designed to be soft, to keep OE stock handling cars easy on your spine.  They are kind of ugly, and break down pretty significantly over time.  Polyurethane, however, has become a standard in all tuning circles.  Polyurethane looks great, has superior resistance to heat, chemicals, and the elements, and when properly greased with the right lube they can withstand severe punishment seen in track duty.  We have had a line of ProParts poly bushings for awhile, but now the king has entered the building, with huge availability, superior engineered design, included proprietary long life grease, grease retention systems, and a lifetime warranty.

So popular that we have had customers asking for it by name for years now, it is finally time to stock the shelves with Powerflex Polyurethane bushings.  This new product line (that has been familiar to many of you for quite some time) will completely build out the rest of our SAAB line, offering performance bushings options we were never even close to achieving in the past.  In addition, we are finally able to service a huge selection of bushings for BMW, as well as VW/Audi, Volvo, and MINI. 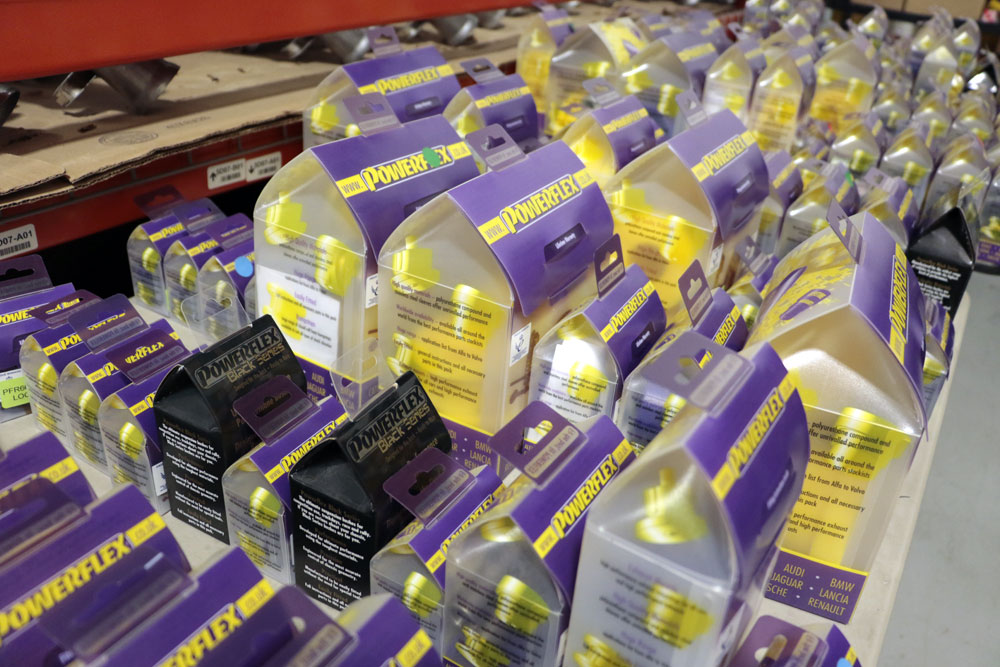 How stiff you want them is your choice, and we supply a few different options: 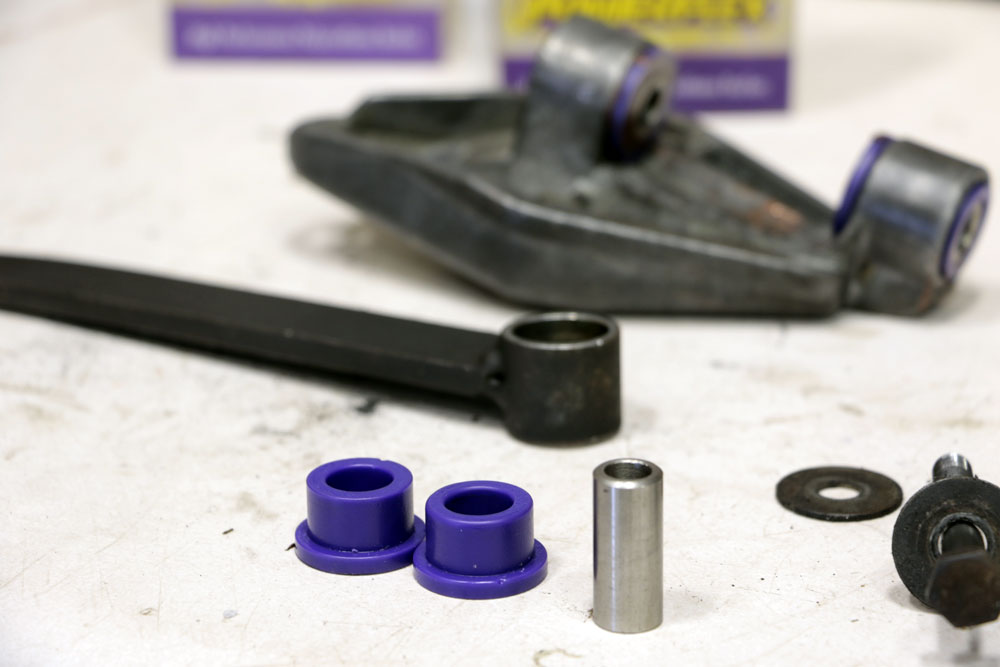 Even obscure parts like trailing arm, panhard rod, and alternator bushings are available in Powerflex

The street series is geared towards street driven cars that may encounter rough roads, carbonated beverages, and children in the backseat.  They are the compromise between a teeth shattering track car and a floaty bag of potato salad.  There are two colors of bushings in the Street Series, each describing a durometer rating.  The Red is for high heat applications, such as exhaust and engine mountings.  Moving up the scale is Yellow, which is somewhere around 70.  This should be considered closest to a street bushing match, with the extra benefit of longevity and resistance to wear over Rubber.

Past that is the most popular Powerflex bushing color, Purple, which generally dials in around 80 on the Shore-A durometer scale.  Some of these bushings are also composed of metal sections, reducing the amount of actual bushing material and further stiffening the overall attitude and strength of the bushing assembly.  Occasionally these applications will feature a black bushing, just to make sure longevity is ensured, even though the line is still technically Powerflex Street.  Some BMW trailing arm bushings fit this bill due to heavy abuse.

These are the racing line of Powerflex bushings.  They will be the stiffest, and will feel almost solid compared to the street series and other types of bushings.  They come in around 90 on the Shore-A Durometer scale, which is about the same density as a shopping cart wheel.

These are the bushings you want when you are truly concerned with things like camber flex and turn in response.  Completely building your car out with Powerflex Black Series polyurethane bushings will make it feel tight.  Super tight.  It will rattle your teeth and jostle your spine, and as soon as you get on the track it will all be worth it.  It’ll be responsive, smooth, and track well.  Best of all, it will communicate well with the driver, who will feel every bump and crack in the track.  They will also feel exactly what your tires are doing, allowing the talent to become one with the machine and inch ever closer to the limit.

If you are on the fence about whether or not you need poly bushings, keep in mind that many polyurethane Powerflex bushings are made as two parts, which is really cool because you don’t have to press them in.  You just push or cut the old bushings out and grease the new two-part bushings up to slide them in.  Then the rest is cake!

Enter your vehicle in the eEuroparts.com vehicle selector and click this link to see what Powerflex bushing are available for your car! 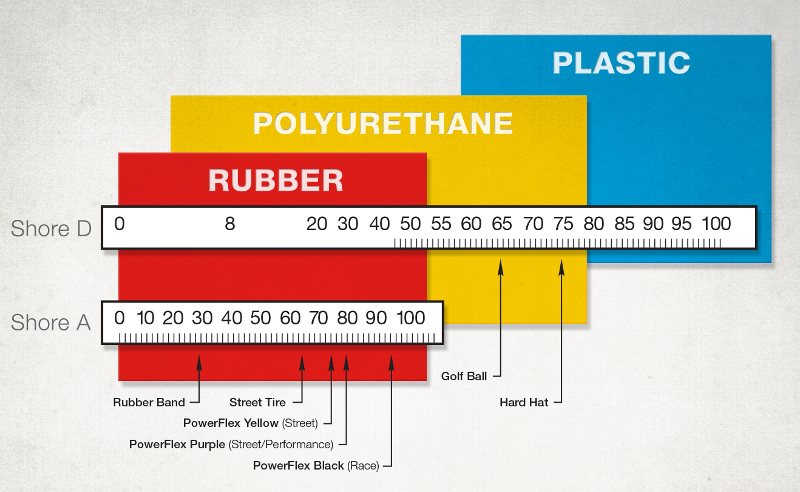