E30 trailing arms are known for bending on cars that are tracked or rallied. Last rally season we bent three control arms. We ran the car quickly but had no major impacts that I felt deserved bent parts. SnoDrift was the first rally for us in 2016.

Snow rallies often necessitate the use of snow banks to keep your car on the road. To prepare for this event we analyzed our previously bent arms and set out to engineer/fabricate reinforcement that will prevent this from happening in the future. Our solution is a mixture of common fixes that are used in the community, resulting in effective BMW E30 trailing arm reinforcement. 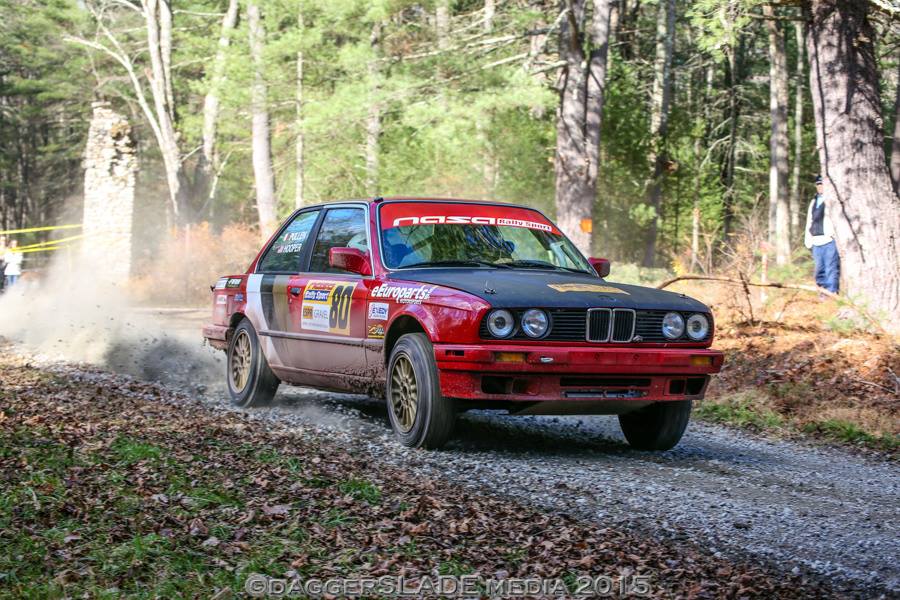 What Exactly is a Trailing Arm?

A trailing arm is part of the suspension system that connects the axle to the chassis. They’re usually located on the end of the vehicle, and they prevent the rear axle from moving forward or back while the car is in motion.

The trailing arm is an important component of any car’s suspension system, and it takes a lot of beating if the car is driven fast on uneven roads. Side impact is the most common reason why trailing arms need to be replaced, and with trailing arm reinforcement, you won’t need to worry as much about replacing them after every race.

Why Is a Trailing Arm Reinforcement Important For Track Cars?

The BMW E30 is known to have more flexible trailing arms than one would want, especially when it comes to the E30 models with less power than the stock E30 M3. This issue was taken care of soon, but the non-M3 E30s need to get a trailing arm reinforcement if they’re being driven hard on the track or in a rally.

What Causes Trailing Arms to Bend?

Arms typically bend from one of two forces. A load caused by a side impact (like sliding into a berm or curb) is most common. This can happen on street cars and track cars alike. The second failure mode results from a large vertical force when a vehicle has high spring rates and sees excessive road force (i.e. a heavy landing from jumping).

Both types of bent arms result in a rear wheel that is obviously cambered-in (negative). The extra camber combined with E30 rear geometry that tilts a lot during travel will result in tires wearing on the inside very quickly when driven hard. RCR did the following to reinforce our arms. After two days of snowbanks and jumps at Sno*Drift, trailing arms are straight.

How to Perform Trailing Arm Reinforcement On a BMW E30? 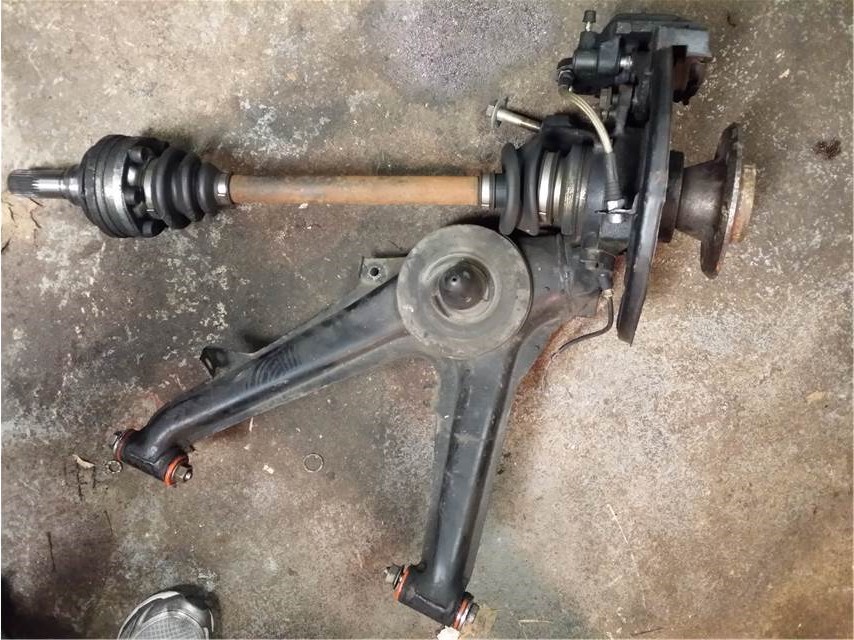 We opted for a combination of several methods used to strengthen the arms. A thin-walled tube was added to the front section of the arms near the mounting points to avoid the hub from being used as a bending fulcrum with heavy horizontal blows. This is similar to the reinforcement that comes factory on M-Coupes and is a common upgrade.

Our arms had this modification and were bending torsionally, so this modification is obviously not enough for the rally. To combat torsional twist we boxed in the body of the arm. Thin sheet metal (16-18 ga) can be used for this, just be careful to align the filler pieces, so they are on a plate with the top and bottom of the arms. We solid welded the top to keep water out, but only stitch welded the bottom. This will allow for drainage if needed.

The Process in Pictures

Another common reinforcement point is the rear shock mount. The stock location of the mount is in single shear and is certainly not ideal. We have developed a dual shear mount that we run with our coilover setup that uses the brake caliper mounting points as additional attachment points.

At this event we ran soft suspension, so it was not installed.  The reinforcement shown is not to help with shock loads, but instead to combat side impacts from lateral hits (in fact these gussets do very little to help the shock mount out). This addition IS very effective in resisting impact bending.  Combined with our custom Bilstein coilover mounts these should be quite strong. 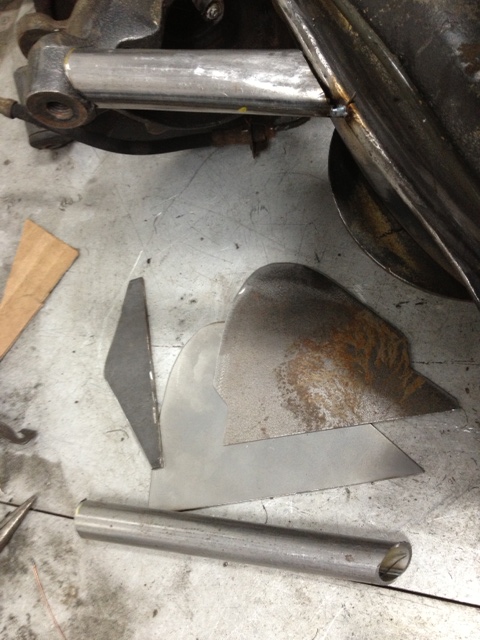 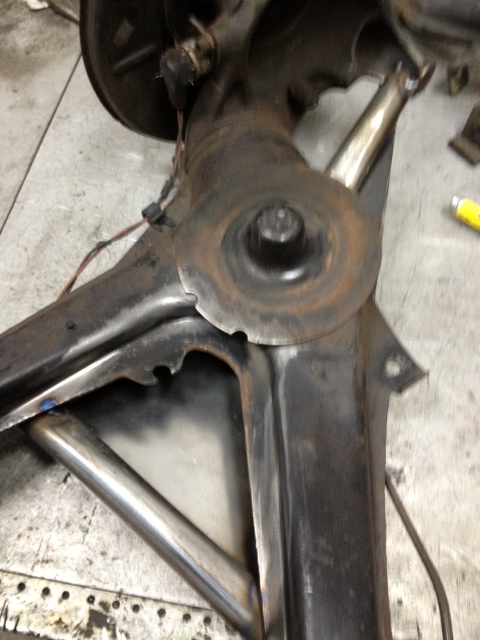 Cross support (1” 0.83 tube) fit for welding, note ends are flattened to fit a larger pipe, as well as the other reinforcement bar tacked in place to shock mount. 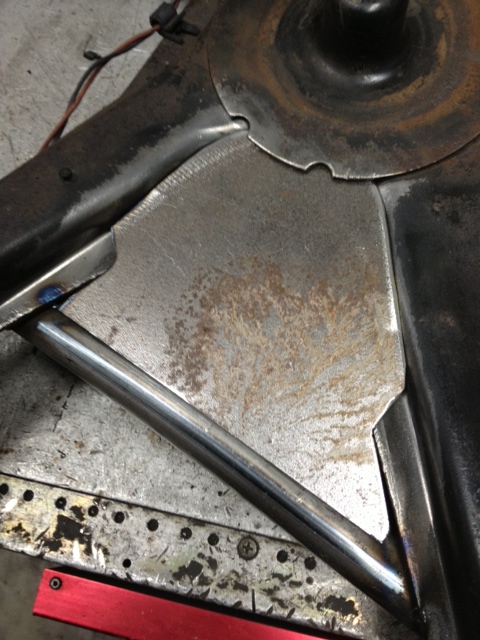 Here we have 16 gauge sheet metal trimmed to box top/bottom of the arm. Even this thin sheet metal will do a lot to prevent torsional distortion of the arm. Use cardboard to make templates, then flip the template for the other side. 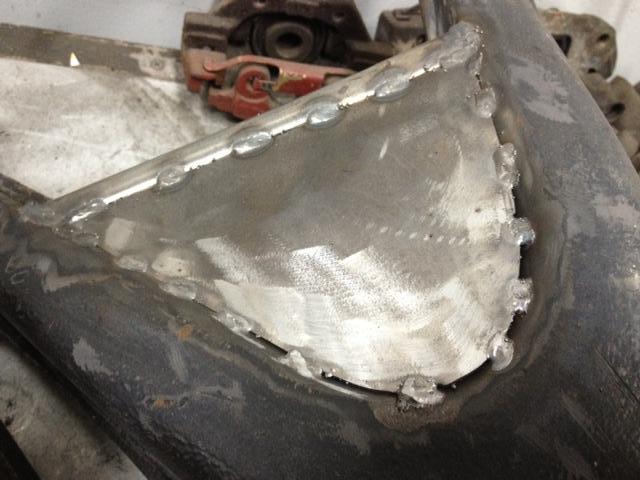 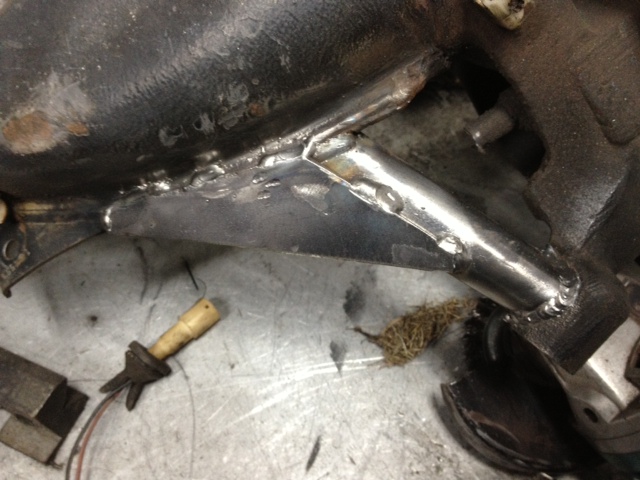 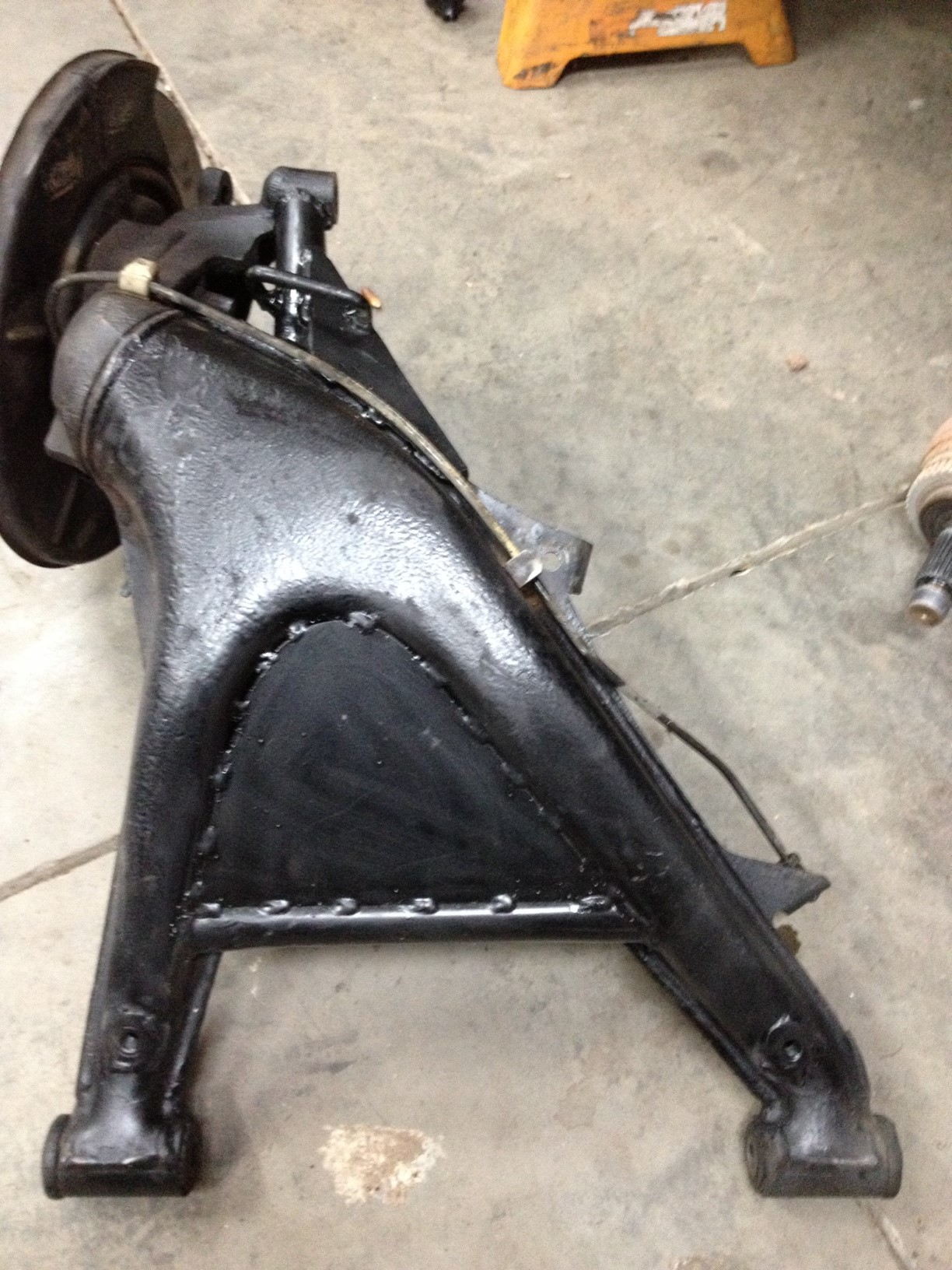 Powerflex polyurethane bushings will finish off the job. Our rear trailing arms are now properly reinforced. We have also added weld nuts and a steel pencil rod loop for attaching HDPE armor sheathing with zip ties. This will be installed prior to the next gravel event to have added protection for the control arms. We may improve on this design in the future, but feel it is a good first step based on real-world parts that have failed in rally use. Next up for the car will be front control arm reinforcement. Look for an article on that in the near future!

If you would like to learn more about River City Rally Team please check out our Facebook page for team bios, scheduled events, and car build pics…

Also, check out our eEuroparts blog posts with race reports, and all the unsolicited rally advice you’ll ever want!