The Brand that Drives the Automotive Industry – Bosch Auto Parts

The automotive industry is full of popular names and household brands. From famous manufacturers such as Audi or Porsche to specialized component makers such as Brembo or Motul, the industry has its fair share of ringers. However, there’s a whole different group of names that you don’t often hear about. Names such as Bosch auto parts.

Robert Bosch’s Vision of the Future

Bosch is the type of brand you need to look under the hood for. Literally. Although they are by far one of OEM parts‘ largest manufacturers these days, Bosch auto parts are known for several key inventions.

It’s fair to say that without Bosch auto parts, we would be driving very different cars. Robert Bosch, the man who founded Bosch Workshop in Stuttgart back in 1886, was a restless spirit. He was one of those people who always looked for ways to improve the industrial world around him. 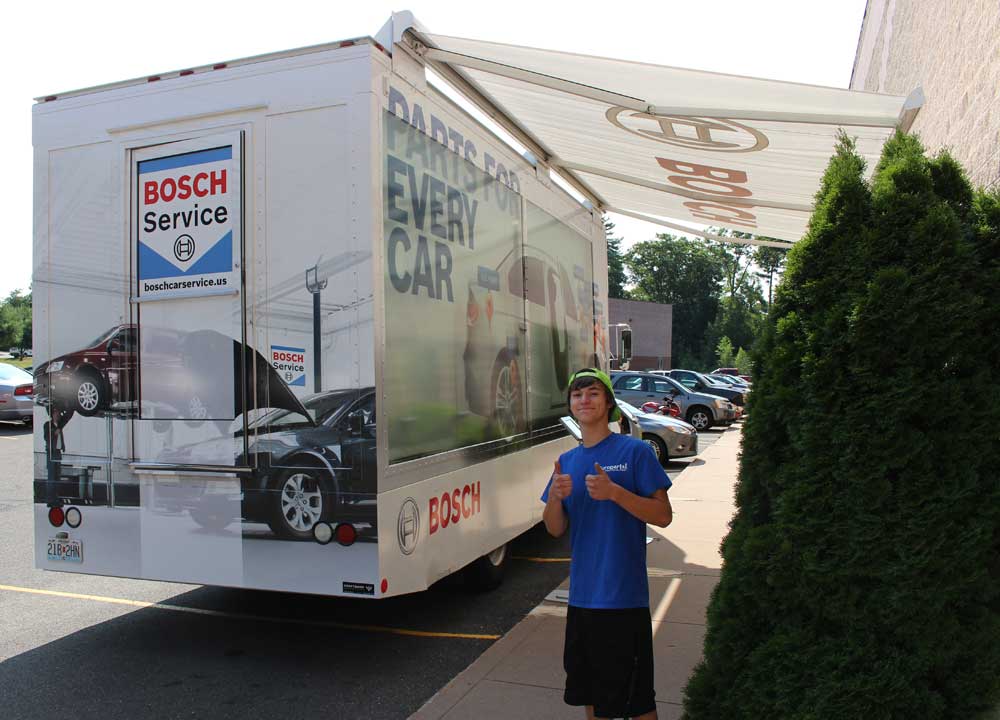 One of the very first projects that put Robert and his associates’ names in the history books was the invention of a magneto ignition system – the predecessor to modern ignition systems. Robert and his partner Frederick Richard Simms have put together a device that would deliver high voltage spark to the spark plug, thus revolutionizing how cars and other machines were started back in the day.

Although diesel vehicles aren’t that popular on this side of the pond, over in Europe, they’re everywhere. The old Robert is partially to blame for such widespread popularity of diesel engines.

After his success with the magneto ignition systems, he noticed that diesel engines were becoming more and more popular. It didn’t take long before he was on the case, exploring various means of making diesel engines more reliable and efficient.

From a Workshop to Premium OEM Manufacturer

As time went on, Bosch grew from a simple workshop into an industrial giant. The world between the two wars was yearning for innovation, and Bosch had so much of it to give. Bosch automotive became so massive that it survived the next world war, only to come out as a driving force of the now ruined German industry.

Bosch Automotive of today is still the leading entity in the Bosch conglomerate, but it’s not the only one. This company now makes tools, appliances, and a whole range of other products.

What Makes Bosch Automotive so Special?

Whenever people talk about Mercedes or Porsche, there’s a good chance someone will drop the ‘German engineering’ line. It’s pretty much a tradition at this point. That same reputation applies to Bosch, and only this company hasn’t dropped its standards like most German auto builders (looking at you, VW).

If you were to open the current catalog for Bosch, you’d find a whole plethora of OE products. Anything from wiper blades to spark plugs, from alternators to fuel pumps, is in there. Bosch is the OEM contractor for several car manufacturers around the world as well.

Going with Bosch ensures that you’re getting a quality part that will last. Bosch spark plugs are slowly becoming the go-to choice for certain cars, despite the presence of NGK and other powerful competitors.

If you really want to know what makes Bosch so unique, just look at their windshield wipers. They’ve completely redesigned the wiper blade, introducing innovative materials and designs that improve the efficiency of the wipers.

Just like with wiper blades, Bosch parts and engine components are designed for optimal performance and longevity. All systems on a car, starting with the engine itself, rely on every component to work in unison. The moment one link fails, the entire system fails. That’s why OEM manufacturers like Bosch don’t have much room for error.

In case a critical component on your car fails, something like the submerged fuel pump, you’ll find yourself stranded on the side of the road. Your choice of a replacement pump will determine how likely it is that you’ll end up in the same situation within a year. Bosch parts aren’t cheap. Even their spark plugs are on the pricey side of things, but you absolutely get what you pay for.

Even though we’re nearing the end of internal combustion engines, Bosch Automotive still remains at the cutting edge of innovation. Their latest project is fuel injection systems for the new GDI, or Gasoline Direct Injection engines.

Bosch has offered this technology back in the early ’50s. However, the industry was not ready for such a change. Even today, in 2020, we’re seeing titans of the automotive industry struggling with GDI tech. Bosch currently offers some of the most efficient solutions in this segment while they are continually working on perfecting the technology.

Where to Find Bosch OEM Parts?

Here at eEuroparts.com, we offer one of the largest catalogs of Genuine, OEM, and aftermarket parts for various European car manufacturers. Bosch, being one of the leading OEM brands in the business, is a major part of our offer.

To find Bosch parts for your car, simply head over to our navigation tool and input your vehicle’s year, make, and model. Once the system is done processing your inquiry, you’ll get the complete list of parts that fit your car.

Next, look over to the left side of the screen, where you’ll see a list of filters you can apply to narrow down the results. One of the filters you can choose is brands. Depending on what you’re looking for, Bosch should be on that list.

In case you have any questions regarding our selection of Bosch components, feel free to get in touch with our customer support service. You can contact us via email or by phone. We’re standing by to offer any assistance you could need.