SAAB 900 is slowly becoming a unicorn — an extinct mythical beast that a few have an intimate knowledge of but rarely anyone remembers seeing. Yet, there are still a few of them around. If you know cars, you know that almost every single car has that one flaw.

The Achilles heel of the 900 was its gearbox. To put it bluntly, it wasn’t all that great. So, we’ve decided to rebuild ours, but in a slightly different way. Here’s the story.

The launch of SAAB 900 was indeed a turning point for this Swedish manufacturer. The car itself was an icon of European simplicity and Spartan design, but it also had plenty of depth. Once the Turbo models became available, the 900 went from a cool car that brought back the convertible into the mainstream to a straight-up Hoonigan’s dream.

More or less, everything on this car was built to outlast the roaches in the aftermath of nuclear fallout. The engine was bulletproof and easy to work with, most parts were easily available (the operating word being ‘most’), the drivetrain was solid, and the car handled pretty well for its time.

But, it came with a built-in flaw, a crack in an otherwise impenetrable shell — its transmission. The gearbox on these cars was weak. Actually, the information available now shows that the gearbox wasn’t weak compared to what most other manufacturers offered. It was just too weak for the 900 and the crazy amounts of torque you could squeeze out of its 4-cylinder turbo engines.

Alright, so you’re dealing with a bad transmission. Big deal. There has to be a way to get a new gearbox from a different model or another car that fits the 900, right? Wrong!

The 900 was truly unique in the sense that its 4-cylinder turbo engine, among other engines in this model, was all kinds of upside down. The information on this engine when it was new was fairly scarce. Once car enthusiasts got on the same page as the Swedes, they realized that they were working with something new, different, and exciting.

As you pop the hood on this bad boy, all semblance of standard automotive design goes out the window. Why? Let’s start with the layout of the engine. You’re looking at an inline 4-cylinder turbo engine, yet the car is front-wheel-drive.

Odd, right? But wait, there’s more. The flywheel and clutch are sitting between the engine block and the radiator. Let that sink in for a moment. Best of all, the gearbox, which is the focal point of our discussion today, also acts as an oil pan on these cars.

All these design decisions put together mean that you can’t just pop into a store, get yourself a new, complete transmission box, and pop it in there when the original craps the bed. In fact, you’re pretty much left with scavenging the junkyards looking for donor SAAB 900 or 99 that you can pick apart for spare parts.

There’s absolutely nothing wrong with that aside from the fact that the supplies are dwindling. And so did ours. Our story begins with an 86’ 900 coupe that we decided to use as our enduro race car.

It’s a sweet 16 valve turbo rig that has everything you could want for this type of racing, except for a durable gearbox. So, we’ve set out to find a replacement, preferably something new, and boy did we find one. To say that we got lucky would be an understatement of the century.

If there’s one thing we loved about SAAB, it was their drive to push the limits of conventional. SAAB used to have a motorsport division called SAAB Sport & Rally. Back when the SAAB brand was still among the living, this motorsport division would publish a catalog of new performance parts you could order and install on your own car.

One year their catalog included the completely inconspicuous 4-speed manual gearbox that was only known by its parts number (PN#00 15 354). It was just a set of digits on a page of a monotone ‘80s catalog. However, that page turned out to be essential for what was to come. This was the holy grail of 900 gearboxes if you wanted high performance.

The beefy transmission they offered came with four gears and exactly zero synchros or other parts that would turn to mashed potatoes if you hit a gear the wrong way. No available synchros meant some heal-toeing and double-clutching, but nothing severe. Was it the best solution for a Monday morning commute to work? No, not really.

However, the lack of synchros meant that you had little to worry about in terms of parts that can break. This gearbox was the bee’s knees if you wanted to push a manual 900 around the track fast, which we did.

The only issue is that by the time we learned about this manual gearbox, the last one to be manufactured was 30 years old. The closest we could get to one is finding the catalog with the page that contains its parts number. We were out of luck. Or so we thought.

The story goes that some good folks in Europe decided that they wanted to race vintage cars. As luck would have it, SAAB 900 was among said cars. The good people involved in this project had decided to do a limited run reproduction of the unobtanium gearbox, matching it 1:1 in all aspects that mattered.

Not only did we managed to score one for our car, but we grabbed all the available transmissions, numbering 20 in total. We were fortunate. That last remaining batch of these manual gearboxes was imported into the US and pretty much sold out immediately.

At this point, you’re probably wondering whether all of this work was even worth it? Could we have just gotten a used gearbox and ran with it until it, too, became mush? There’s a bit more to our decision than just the fact that these gearboxes are, or instead were brand spanking new parts when we got them. 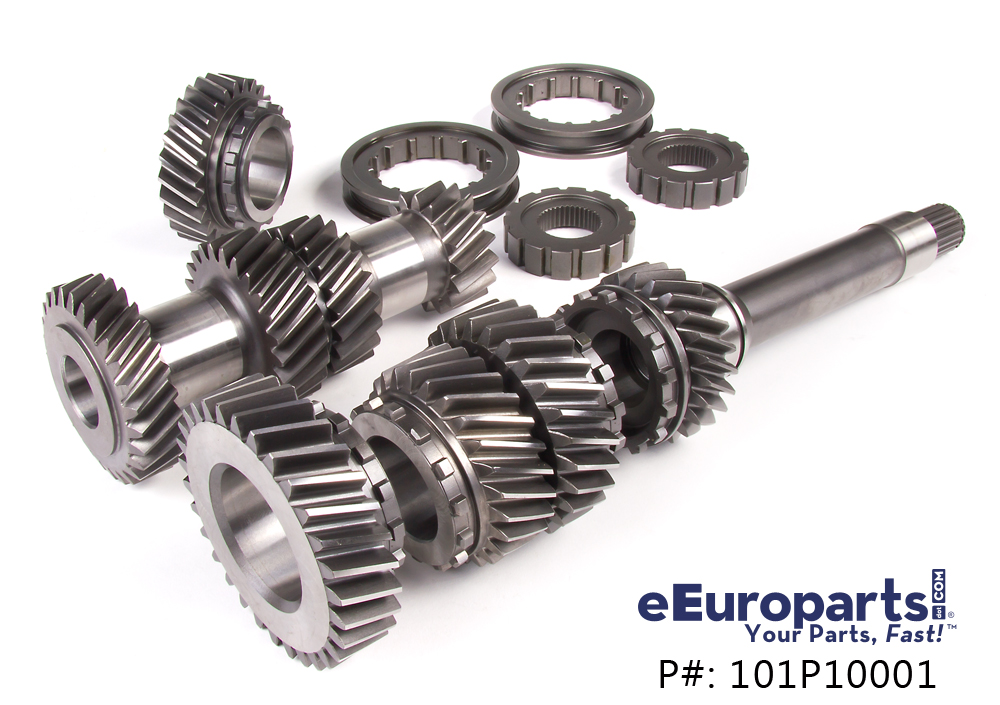 Gear ratios matter when you’re trying to tune a car for the track. The fact that you have a beefy 4-cylinder turbo engine that can lay down buckets of power means very little if you don’t have a gearbox that can transform that power into something that’s actually useful.

If you were to pull apart your average manual gearbox, you’d find that all of its key parts are tuned for commuting. The first gear will be fairly short. The second is packing power, while the third is set up on the long side. The rest are usually long as well.

The unobtanium gearbox we’ve managed to get our hands on was perfect for performance driving. It ran four gears instead of the factory five you’d get in the SAAB 900. Not only that, but all the gears were stacked close and overlapping.

This means that you could step on the gas, push the car into the red line and remain within the power band even if you up or downshift. Oh, and the first gear was long, allowing you actually to use it besides getting the car to roll. 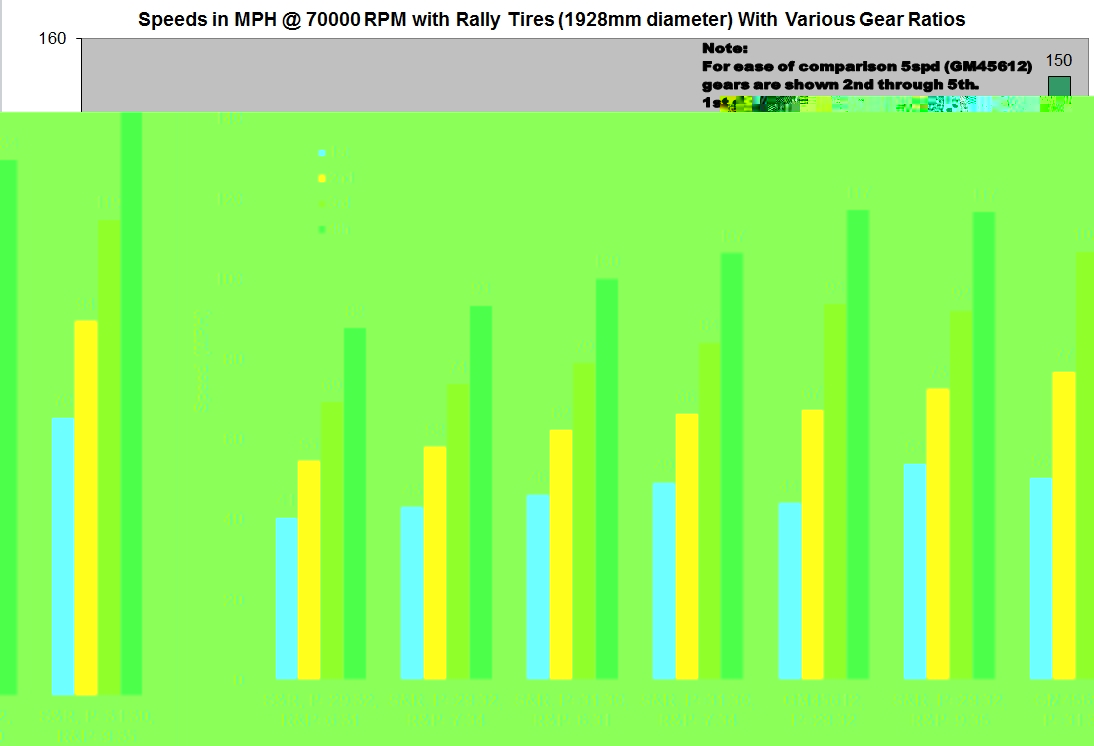 There is a reason why SAAB Sport & Rally decided to drop a gear and get rid of all the synchros. The original box was cramped, to say the least. Engineers over at SAAB had to put five gears in there while still keeping the footprint of the gearbox relatively small. Although everything looked fairly good on paper, in reality, it resulted in weak, under-engineered gears.

So the Sport & Rally engineers decided to do something about it. First thing first, they ditched one gear, thus freeing up available space. The 5th gear wasn’t essential to motorsports back in those days. Especially if that meant packing beefier gears. In the end, that’s what it was all about — dropping a gear and a bunch of mushy synchros for beefier, stronger gears. 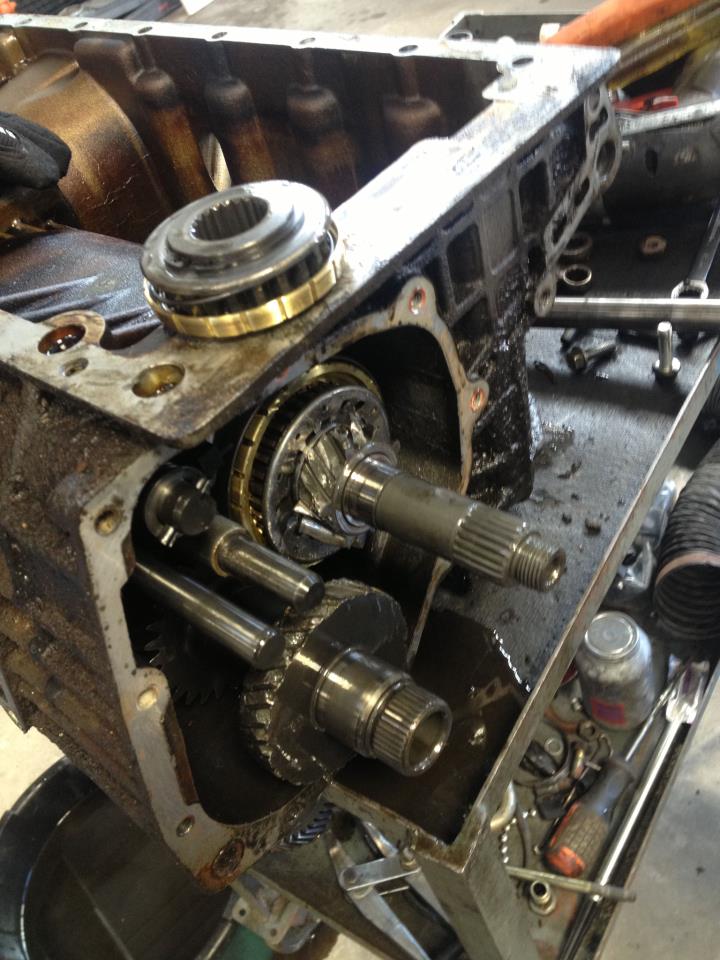 Dog Gears for the Win

Dog gears, or straight cut gears, are loud. Compared to the usual helical gears of your standard gearbox, they are the barbarians from the north.

The scream of straight-cut gears as they’re being spun to RPM is akin to the sound of an Aztec death whistle. If you want a preview of what they sound like, just slam a manual car into reverse and step on the gas. Reverse gear in manual vehicles is almost always a straight cut gear.

However, the best thing about these gears is their simplicity. When you take away the noise and vibrations, you get a gearbox that is strong, simple, and can take the abuse of high-performance driving. Can you break a gear? Sure, but it’s so easy to replace that it’s not even an issue.

This concludes the first part of the transmission rebuild. We’ve laid down the backstory and talked about how we got the gearbox and why we decided to use it. When we come back, we’ll show you exactly how we performed the rebuild, what parts we’ve used and why. Also, you’ll get to see the inside of a SAAB 900 drivetrain with its triple chain sprocket setup.