Are you experiencing unusual vibrations while driving your BMW or other rear-wheel drive cars? If so, there’s a slight chance that your giubo or guibo, as its commonly known, is shot. Today we’ll talk about symptoms, diagnosis, and repair of this component.

In addition to that, we’ll also walk you through the process of swapping a guibo on a BMW E30. More often than not, this replacement process is the same across different brands that use this piece of tech.

Giubo, as it is correctly spelled, is a flex disc used in rear-wheel drives to connect the transmission flange with the driveshaft. The idea behind a giubo is to dampen some of the vibrations and allow for some misalignment in the driveline.

The beautiful thing about the flex disc is its simplicity. Instead of creating a mechanical link that would need to have all kinds of complicated features to achieve a similar effect, a flex disc uses nothing more than a block of rubber and several metal bolt hole reinforcements. 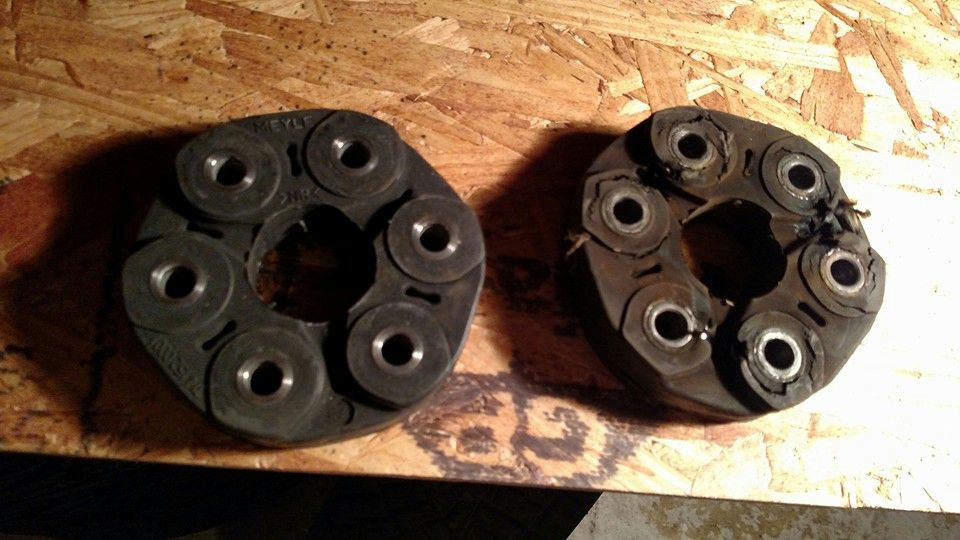 The reason why so many are calling a flex disc a giubo or guibo is because of its creator. Italian artist invented it, engineer, airship captain, and inventor Antonio Boschi to solve the issue of rear-wheel-drive cars. He later went on to fund a company called GIUBO Sp. A, which was the leading producer of flex discs for a good while. The name of the company comes from the Italian word for joint “Giuntio” and Antonio’s last name, “Boschi.”

Boschi went on to license his design to various manufactures who carried on the production. A flex disc is found on many cars, both vintage and modern. Despite decades passing since Boschi first came up with the design, we haven’t found a better way to connect input and output shafts and support the drivetrain. 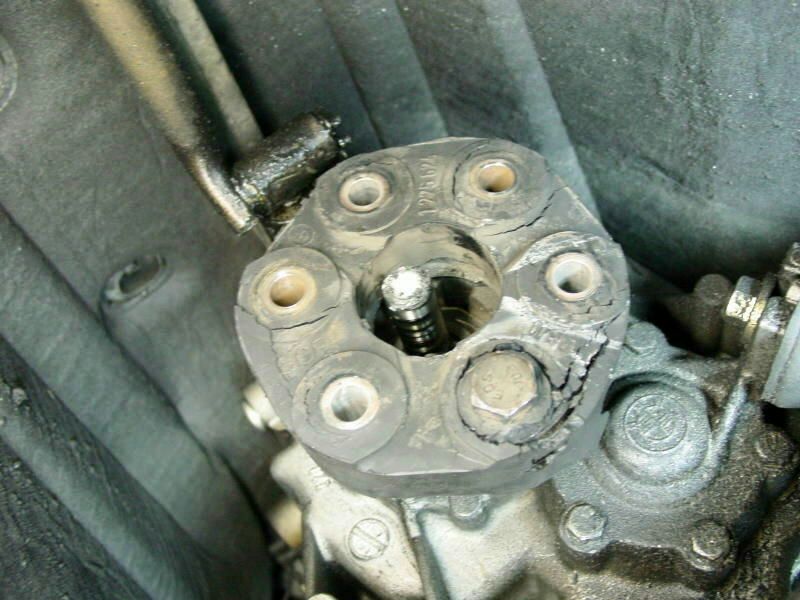 Like most solutions in the automotive world, the flex disc has its downsides as well. The simple fact that an average flex disc is just a shaped and reinforced rubber block is its main flaw. Although you need the properties of rubber to soak up all of that axial or angular misalignment in the driveline, the rubber itself wears out over time.

Just think about it – every time you step on the throttle, release the throttle, change gears, etc. the flex disc loads up to dampen these changes. How many times do these events occur during your average commute to work? Given enough driving, any flex disc will wear out.

Once it does, it slowly but surely stops performing its job. That being said, a guibo is a reasonably easy thing to replace on most cars. Count on having to disassemble a good portion of the exhaust system to reach it, though. More on that a bit later. 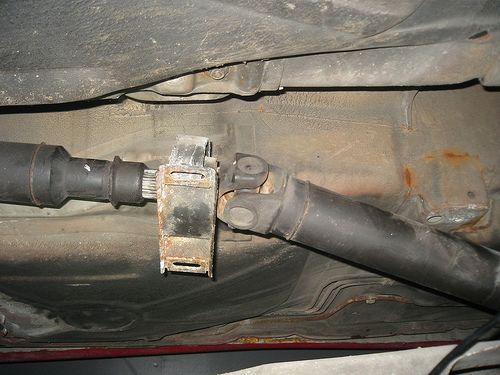 Symptoms of a Failing Guibo

Symptoms of a failing guibo can be diverse. However, the most common symptoms will appear in the form of vibrations and sometimes clunking noise coming from underneath the car. As a flex disc deteriorates, it loses its flexibility and thus its ability to soak up vibrations. It really doesn’t take too long for you to start feeling it inside the passenger cabin.

The vibrations tend to get worse the faster you drive. This is especially true for flex discs that are nearing catastrophic failure. And you better believe that these can fall apart. After all, it’s just a rubber. Do yourself a favor and do an inspection as soon as you notice the onset of symptoms. Luckily for us, a flex disc won’t fail with no warning. It’s a gradual process.

One more thing worth mentioning is that a center support bearing could mimic the symptoms of a failing flex disc. It’s often recommended that you replace both while you’re down there anyway. 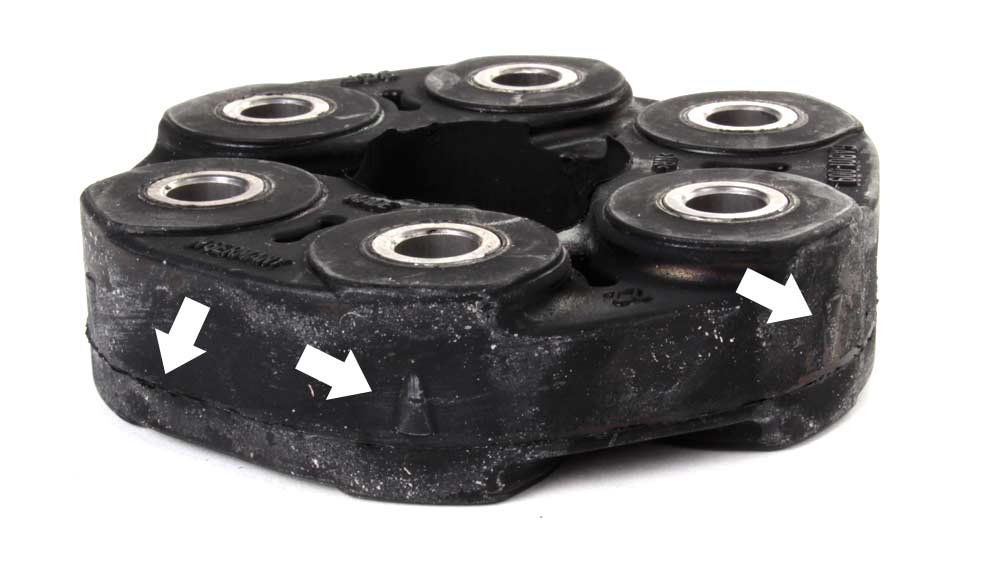 How to Replace a Flex Disc on a BMW E30

Replacing the guibo on a BMW E30 is a relatively straightforward deal. As mentioned earlier, the process is similar for other cars fitted with a flex disc. That being said, it won’t be precisely the same for each model, so you should consult your manual moving forward. 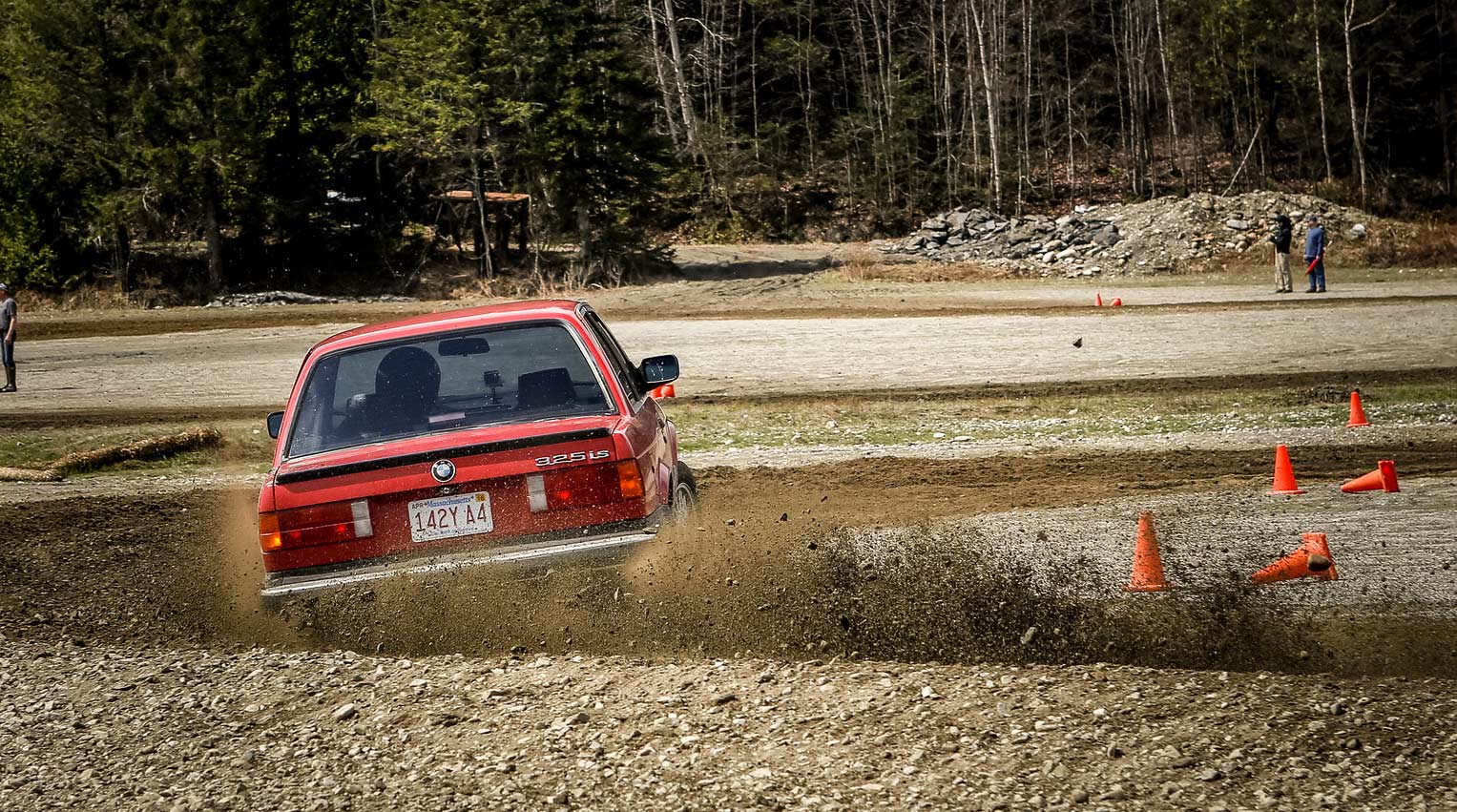 Doing drivetrain repairs can be extremely tricky if you don’t have a lift or other means to access the undercarriage of the car easily. If you’re looking to change the flex disc in your driveway, make sure to lift the vehicle and secure it properly. Use adequate stands that are rated for the weight of your car. Also, it won’t hurt to keep the jack under the car just in case while you work.

Before you get underneath the car, give the whole thing a good shake. There’s going to be a lot of shaking and banging when you start working, so you might stress test everything before you stick your head underneath.

Removing the exhaust is almost always the first necessary step, no matter the car. It would be best if you got rid of the exhaust to remove the heat shielding and finally reach the driveshaft. On the E30, it’s easiest to remove it from the front of the mid-pipe, given that your pipe is stock. If not, find the least painful solution to get it out of the way.

One small thing – do yourself a favor and apply hefty amounts of penetrating oil before you start wrenching on any nuts or bolts. This is even more important if your car is older, like the E30. Even with penetrating oil applied, there’s still a chance that you’ll break a few bolts, so expect that.

This should be a relatively straight forward deal depending on your car, of course. On the E30, removing the heat shield involves undoing a few bolts that hold it in place. However, on something like a 2001 BMW M5, it’s a slightly more complicated endeavor.

To do any of this, you’ll have to jack up the transmission, thus creating a permissive angle necessary to move the driveshaft. At this point, you should remove the bolts holding the flex disc in place and ultimately remove the flex disc itself.

Out with the old, in with the new! Although it may seem like a block of rubber, a guibo has an orientation and can’t be just slapped back onto the driveshaft in just any way. To determine which way this thing goes back in, inspect the outer perimeter of the guibo. What you’re looking for are mold marks that often come in the form of arrows.

Position the guibo in the correct orientation and install it. From this point on, all you have to do is reverse the process, install the heat shields, and install the exhaust back into place.

Finding the Right Guibo for your Car

If you’re looking for quality flex discs and guibos for your BMW, Audi, or any other European brand of cars, you’re in the right place! We offer a wide range of genuine parts as well as OEM and aftermarket parts, including guibos. To find products that match your vehicle, simply input your car’s information into our search tool.

Once out system finishes crunching the data, you’ll be presented with a list of parts that fit your car. Alternatively, you can also use our VIN tool to get more accurate results. In case you’re not sure which parts fit, feel free to give us a call or get in touch with us via email. Our representatives are standing by to offer assistance!