Our Mk4 Frankencar build is coming along nicely. Last time we made some much-needed structural changes to our Jetta. We have reinforced the subframe and laid down the groundwork for what is about to come in this installment of the Frankencar Chronicles. Join us as we throw more borrowed Mk4 parts at our Frankencar, reinforce the suspension and sort out the handling using only a few aftermarket parts. 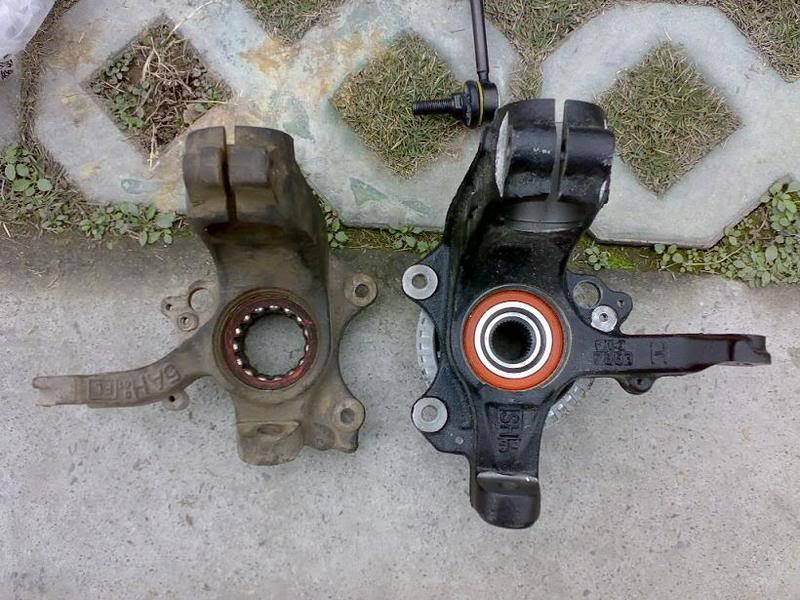 When VW rolled out its A4 platform, it was shared across 10 different models belonging to 4 different brands. One of the models or rather model families based on this platform was the Mk4 from VW. On Audi’s side of the family, two cars were based on the A4 platform — the Mk1 A3 and the Mk1 Audi TT.

Volkswagen being Volkswagen, they’ve decided to make many parts fully interchangeable between different car models based on the same platform. Because of that, we were able to borrow a bunch of Mk4 parts from the Mk1 Audi TT and literally just bolt them onto our Mk4 Jetta. If you read the first part of this series, you’ll notice a pattern here.

What makes this whole process so awesome is the fact that we’re giving our Mk4 Jetta a proper upgrade using mostly OEM Audi TT suspension. These parts are still being made and are quite cheap these days, meaning that you can make your Mk4 into a proper driver’s machine on a budget.

Speaking of parts, here are all the things we’ve decided to borrow from a donor Mk1 Audi TT: 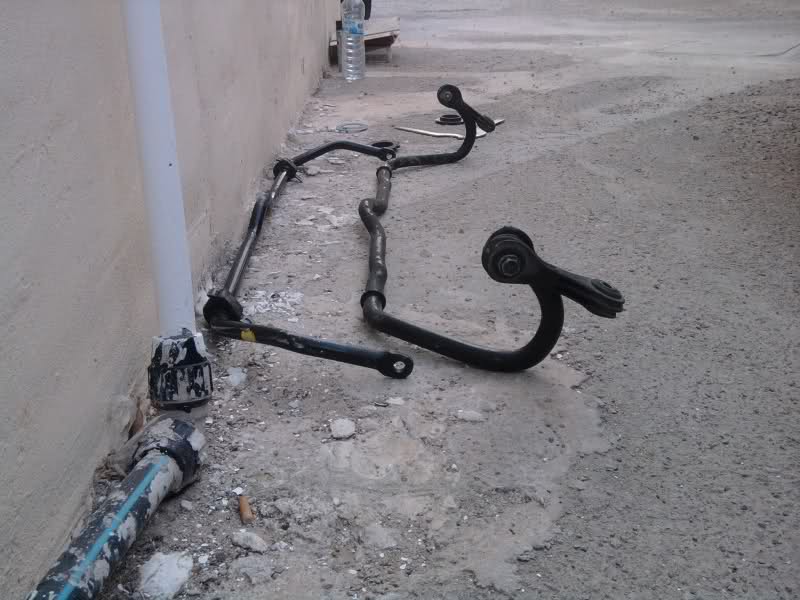 At this point, you’re probably wondering is it really worth it to rebuild what appears to be the entire front-end suspension using OEM Audi TT parts? The answer is a firm YES.

For one, most if not all of these components are made with performance in mind. Mk1 Audi TT, despite being seen as average these days, was a proper little rocket back in the day. Engineers over at Audi made sure that it handled like a sports car, thus allowing the driver to experience the thrill of driving in what is essentially a pretty affordable coupe.

Aside from being made tougher, most of these components are lighter than your usual Mk4 hardware. So much so that we’ve managed to considerably reduce the unsprung weight on our Jetta without using an aftermarket performance kit.

Now imagine what these components do for a Golf that is missing the entire booth? Actually, you don’t have to imagine anything. VW has borrowed much of the Mk1 Audi TT suspension parts for the Mk4 Golf R32. What’s OEM on the TT is a performance upgrade for our Jetta, that’s for sure.

Oh, and using the solid aluminum arms and spindles is also giving us camber adjustment of up to -2.5. That’s pretty neat considering that we’d have to use the camber plate kit if we were to keep the stock Jetta suspension.

What About the Rear?

Front suspension is important, but so is the rear. As far as our Jetta goes, the rear is quite simple on paper. We’ve decided to replace the trailing arm bushings on our Jetta with a much stiffer performance polyurethane kit.

Keep in mind that performance poly bushes need to be lubricated, but are well worth the effort if you’re looking for a stiff back end. That being said, a new rubber bushing kit will also make a massive difference.

Removing the trailing arm bushings won’t be easy. She won’t go down without a fight. Arm yourself with patience, and if the bushings refuse to give, a torch and a mini sledgehammer. Depending on how bad things are on your Mk4, you might need to do quite a bit of “convincing” for the bushing to drop.

Struts and Springs – What Works?

Upgrading the unsprung suspension components is a good first step towards better handling, but what about struts and springs? Surely we can’t keep the stock Mk4 suspension? Of course not!

That being said, we didn’t go for a full aftermarket performance kit either. The first thing we did was to get sport shocks that fit the Audi TT. You can get any performance shock absorber you want, as long as it fits the Mk1 Audi TT.

Why is this so important? Because on the TT, the sway bar links mount directly onto the strut, not the control arm. If you were to get a shock absorber designed for a Golf or Jetta, you wouldn’t be able to use the 19 mm front sway bar from the TT.

Springs are a whole different ball game. We went with H&R Sports coil springs in the front, which came off of a Golf R32. The rear springs are, get this — stock from a 2005 GLI Jetta. At this point, you’re probably wondering if we’ve lost our minds?

Why set the car up with all these upgrades and performance shocks, only to set the car down on what are essentially stock springs? There’s reason to this madness, trust us.

For one, this spring setup actually produces optimal spring rates. Not only that, but this setup brings us very close to the OEM sport both in terms of handling and ride height. If you take a look at our suspension geometry in the front, you’ll notice that we’re running perpendicular to the ground.

No, this Jetta won’t be bagged nor stanced to oblivion. Our goal wasn’t to drop the car so low that we had to keep a stock of spare oil pans in the trunk. We’ve built this Jetta to handle corners like a knife, and that’s exactly what it will do with these springs and this suspension setup. 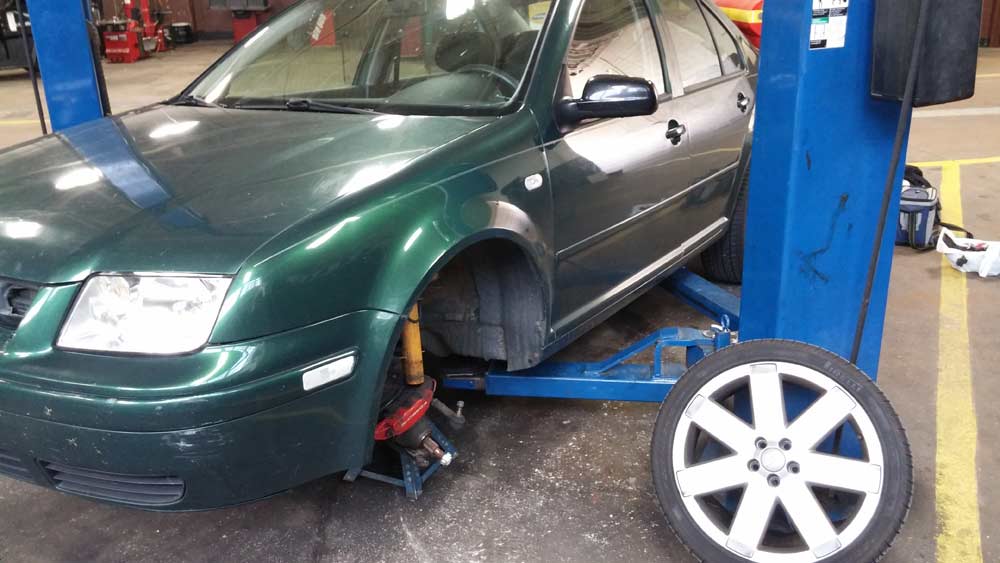 With everything said and done, we took some time to put the Frankencar through. The car was flowing on the streets. It handled smooth but firm. Turning into corners inspired confidence, even though that front sway bar was lighter than OE.

We also took the car to a few track day events. There we really pushed it in order to reveal any major flaws to our setup. There were none. The car was tuned well suspension-wise, giving us enough grip when coming into and throttling out of corners.

At the end of the day, we were truly impressed by what could be done using mainly OEM parts within the A4 platform. The beauty of VW’s universal design came through for us on this build. We hope that it will keep doing so in the next installment of this series. Stick around to find out what else we did to our Jetta!