Castrol is a titan of the automotive industry. This brand has been synonymous with BMW for a long time until the Bavarians decided to take a different path.

Castrol 5W30 used to be the BMW recommended lubricant for the M50 family of engines right until Shell took over the contract in 2014. Despite plenty of 5W30 Shell oils, the old Castrol seems to be the preferred lubricant of choice for many M50 owners.

There are plenty of great engine oil brands on the market. Motul is dominating with their innovative technologies, Shell is up there too, and so is Castrol. Of course, these are just two names on a very long list of quality oil manufacturers. It’s a massive industry, after all. Yet, BMW owners, especially purists, are very adamant about using only BMW’s recommended oils in their cars even after warranty.

Unlike many other brands, BMW has created this cult of brand loyalty when it comes to lubricants. Decade after decade, they’ve insisted on only using oils from their very specific list. Naturally, the top pics are always their own branded lubricants created by whomever BMW is partnered up with at that moment.

For a long, long time, that brand used to be Castrol. BMW and Castrol go way back, sharing plenty of history. When the word came from Munich that Castrol is being let go, it sent literal shockwaves within the BMW community. 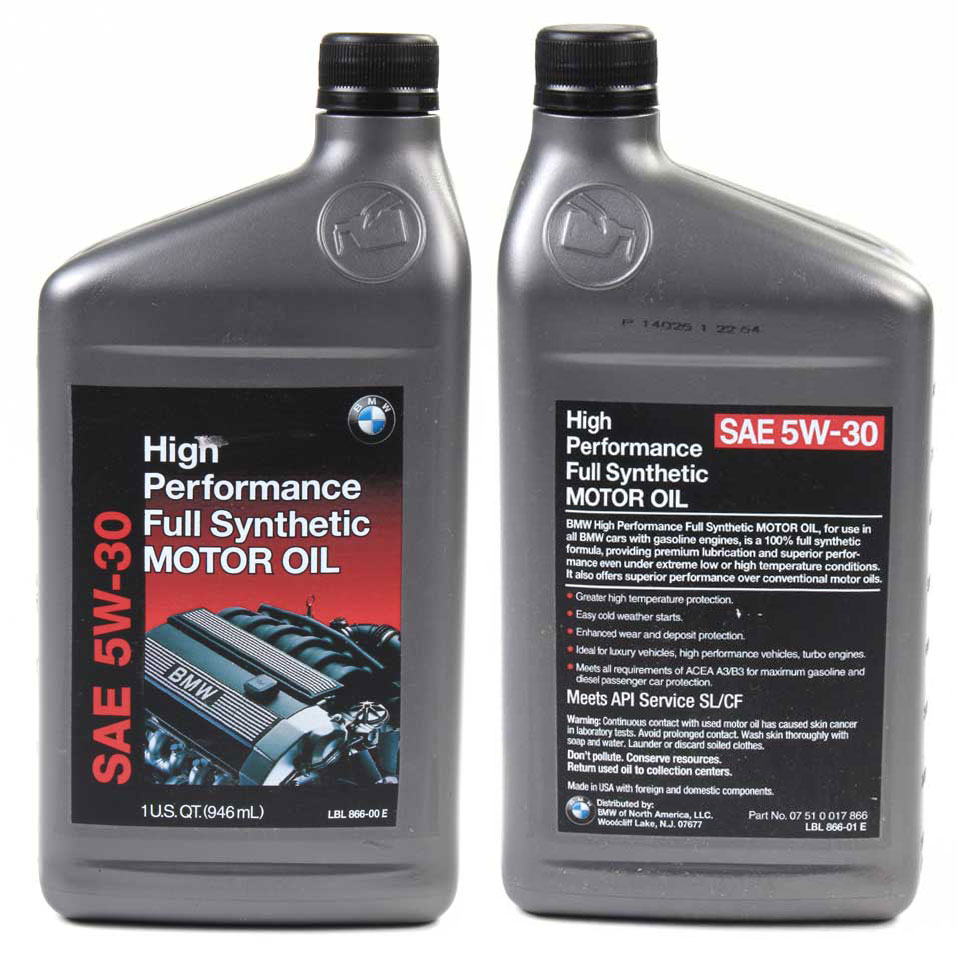 The change of preferred oil manufacturer came as a shock, mostly for the owners of the M50 family of BMW engines. Castrol Genuine 5W30 fully synthetic oil was the go-to pick for these motors. All the information available shows that the M50 family of engines loved this stuff to a fault.

But wait, Shell also has a fully synthetic 5W30, so what was the big deal? When BMW dropped Castrol, they did it with a little caveat — if you wanted to keep your warranty, you had to keep using Castrol oils in your engine if that’s what your car came with from the factory.

That was all good and well until Castrol 5W30 supplies began to dwindle. Mind you, we’re not talking about any 5W30 Castrol synthetic oil, but the Genuine stuff that came with BMW’s label on the packaging.

Whether you’re a Castrol purist or just someone who is used to that particular oil, there’s a chance you’ve run out of supplies by now. Back in 2016, we’ve managed to secure a batch of Genuine BMW Castrol oil which didn’t last too long.

In the meantime, different BMW enthusiasts turned to different lubricants in an effort to replace the BMW labeled Genuine Castrol oils. Are there suitable alternatives? Of course, but you know how it is with the M50 family of engines — they’re picky with their oils. It also depends on your particular engine and what it likes the most.

Why Did BMW Drop Castrol?

Back in 2014, when BMW dropped the news, enthusiast circles went haywire trying to figure out why Castrol was dropped? That was the first question, and the second question was why Shell? As it turned out, there was no one major reason for any of this. Shell offered BMW a better deal, plus their new (at the time) technologies were aligning with what BMW wanted.

There were some hints that BMW jumped ship because Shell pretty much owned the gas-to-liquid technology. This innovative extraction method allowed Shell to create all kinds of products from natural gas instead of crude oil, thus being much more efficient and greener. In short, it was a revolutionary idea that promised to make the oil industry a tad less dirty.

Somewhat clean synthetic fuel that is almost as good as the standard stuff? Everyone wanted a piece of that pie, including BMW. Back in those days, the company was looking to establish an image of high efficiency, and Shell’s game-changing tech was perfectly aligned with that goal.

With that said, both Castrol and Shell offer quality high-performance lubricants. Shell has a line of fully synthetic oils that is perfectly capable of meeting the needs of older generation BMW engines. So even if you can’t find the Genuine stuff anymore, you’re far from being out of options. 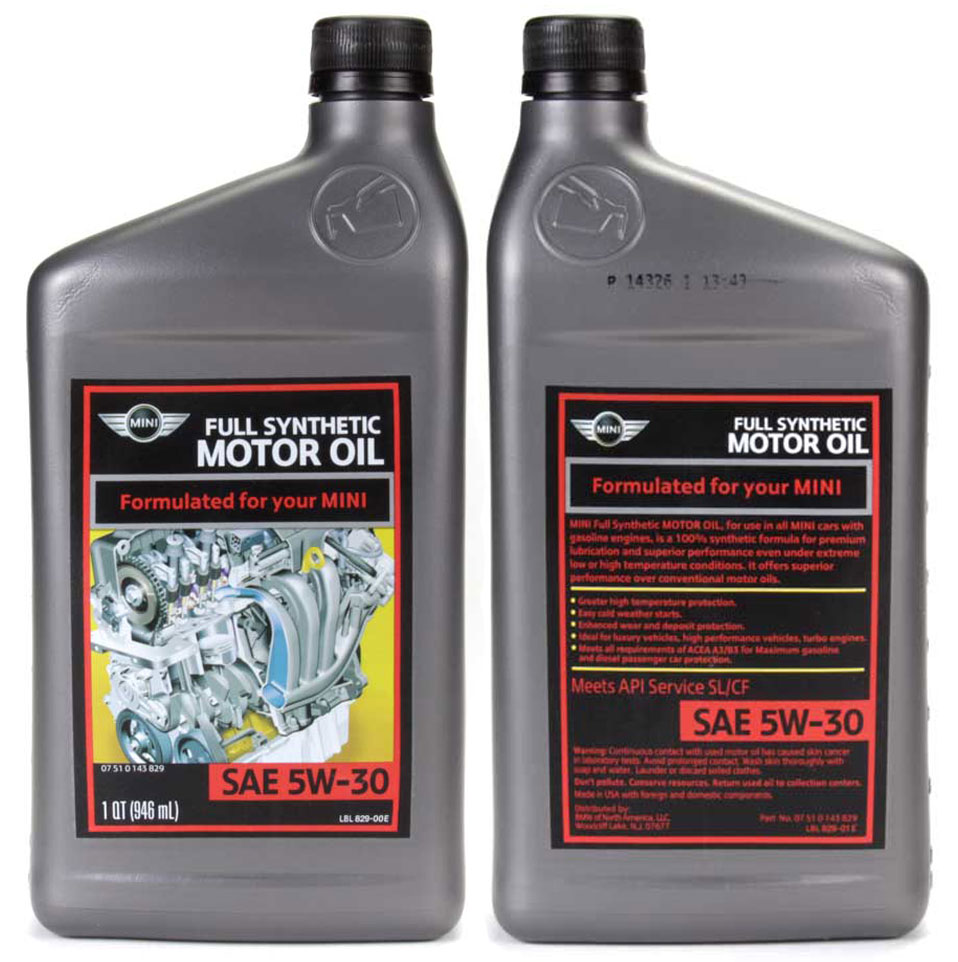 End of an Era

Once you realize this, you’ll finally recognize the real casualty of this divorce — the Castrol/BMW racing heritage. These two brands inseparable from the beginning of their partnership back in 1999, but nowhere was that connection as strong as it was in racing.

BMW Motorsport absolutely thrived on Castrol lubricants. Rest assured that this was a symbiotic relationship. We still remember the good old days of 2012 when BMW Motorsports won both the drivers’ and team titles in that year’s DTM — all running on high-performance Castrol EDGE.

Needless to say, it was a glorious season for the team. There were many such moments with these two brands, which is why people got used to the idea of using Castrol in their BMWs, especially the M series cars.

Taking a Peek Over the Fence

The change to Shell has accomplished something rather interesting — it has turned the absolute purists free. There was always a strong current of renegades shilling against Castrol, claiming that the company got sloppy near the end of their relationship with BMW. As soon as cars went out of warranty, this group of owners would switch to something else.

Since most M50 series engines were long out of warranty with BMW, the switch to shell had shown the purists out there that it’s okay to look elsewhere for lubrication. Brands such as Motul, which offers top-tier lubricants, are on BMW’s recommended list.

There are BMW owners who prefer the Motul Long Life labeled oils over Shell. Then there’s the 300V line of high-performance lubricants. In short, the opportunities are endless.

That being said, if your BMW is still within warranty, you should use whatever BMW wants. They might have dropped Castrol, but they haven’t changed the fact that Genuine BMW oils are always their top choice.

Get the Right Oil for Your BMW

BMW is one of the most important brands we service here at eEuroparts.com. We’ve always prided ourselves in offering the most extensive catalog of genuine parts and lubricants for BMW. That hasn’t changed.

If you’re looking for quality oil for your Beemer, head over to our online store and input your car’s details into our navigation tool. Make sure to select the right engine, and you’ll be presented with a list of parts that includes lubricants as well.

In the odd case that you can’t find Genuine BMW engine oil for your car, there is bound to be a Long Life oil that will complement your car’s engine. We sometimes manage to get a hold of batches of old Castrol Genuine oils, so stay on the lookout for those as well.

That being said, if you have any questions about our offer, feel free to get in touch with us via email or by giving us a call. Our customer service team is standing by to offer assistance.