What Can your VIN Plate Tell You About Your Vehicle? • eEuroparts.com Blog
↓ Skip to Main Content

What Can your VIN Plate Tell You About Your Vehicle?

Ever wondered what a VIN plate is, and what’s on it? Back when cars became more than just a novelty for the select few and turned into a necessity for the masses, people realized that telling them apart is going to be an issue. Two green cars of the same make and model needed some kind of serial number so that anyone could differentiate them. Soon enough, every brand started using its own serial number system.

As more and more manufacturers entered the playing field, the industry recognized the need for a uniform solution. VIN, or Vehicle Identification Number, is a standardized system shared by almost all car manufacturers. You’ll find your VIN on a plate somewhere in your car, usually on the door jamb. That plate can contain more info than just the VIN. Here’s what your VIN plate can tell you about your car! 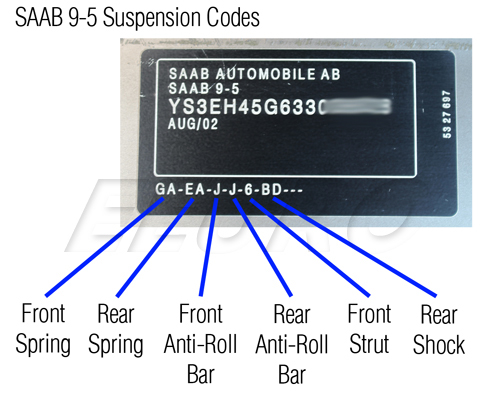 Before we jump into the specific of VIN plates and labels, let’s dig into the subject of the VIN itself for a bit. Every car made since 1981 has a Vehicle Identification Number printed on a plate somewhere and bolted to a piece of bodywork. That’s the car’s unique serial number.

This serial number will always have 17 characters, all of whom offer particular data about your car. Each 17-character serial can be broken down into several clusters. Here’s what each of the characters means.

As you can tell, simply knowing what each character in the sequence means can tell you plenty about your car. However, some manufacturers have gone past simply leaving the VIN number on the plate. Instead, they’ve added additional info to help owners know exactly what version of the specific model they’re driving.

Every time a new car model is released, it’s offered in a whole array of different versions. We’re talking different engines, trim options, equipment, you name it. Cramming all that information in a VIN can be tricky, but not impossible. For example, BMW offers all of that info within the VIN. However, other brands had decided to go outside this norm and offer these details as separate information on the plate itself.

SAAB is one of the best examples there is. If you are an owner of a Saab 9-5 and want to know what kind of suspension system your car has, simply open the door on your vehicle to reveal the door jamb. This is where a metal VIN plate usually sits. We say ‘usually’ because some 9-5s have it under the hood.

The VIN plate, most often made of aluminum, looks something like the one pictured below. You’ll notice the specific suspension system identifiers, such as the type of springs used, what kind of shocks your car is running, and more! 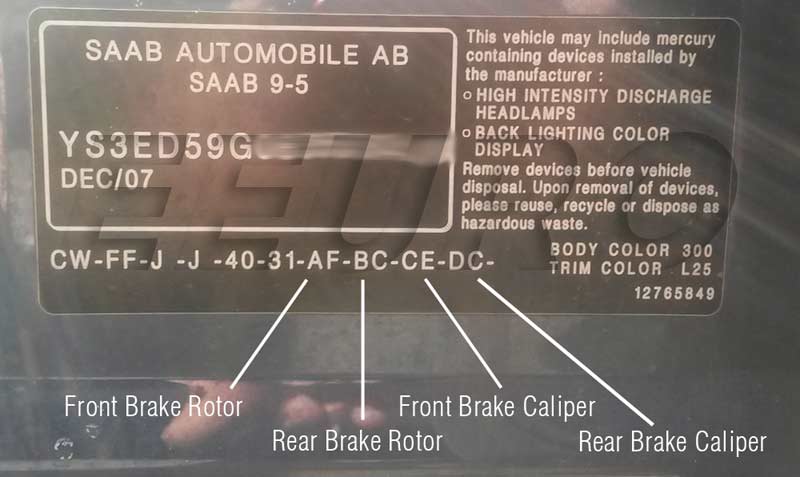 Why Are VINs Important?

Knowing the VIN can come in handy when if you’re checking the legal status of a vehicle. More importantly, it is often the only way to know which replacement part to order. As it turns out, some car manufacturers like to run different production series of same models where only a few things are different.

For example, they’ve gone from one type of thermostat to another, and nothing else has changed. Now when you go to order a replacement thermostat, the only way to know which one to get is to use your VIN.

Knowing how hard it can be to differentiate various model versions, we’ve built our own VIN tool. Using this tool in our online store will give you access to all of the products we carry that match your car! All you have to do is input your VIN and let our system crunch the info for you. After it’s done, simply navigate the category of parts you’re looking for, and you’re all set.

2 thoughts on “What Can your VIN Plate Tell You About Your Vehicle?”