The Basics of Ignition Coils, Symptoms of Bad Coils and More

Cars are complex machines, and there’s no doubt about that. Even the older ones that many consider being simple and easy to work on are pretty complicated once you scratch the surface. The truth is that cars consist of various systems, all of which work together to get you from point A to point B. One of the most important systems often overlooked is the ignition system that uses ignition coil technology. Today we’ll give you a brief rundown of what the ignition system does, its individual components, and how to recognize the symptoms of a failing one. 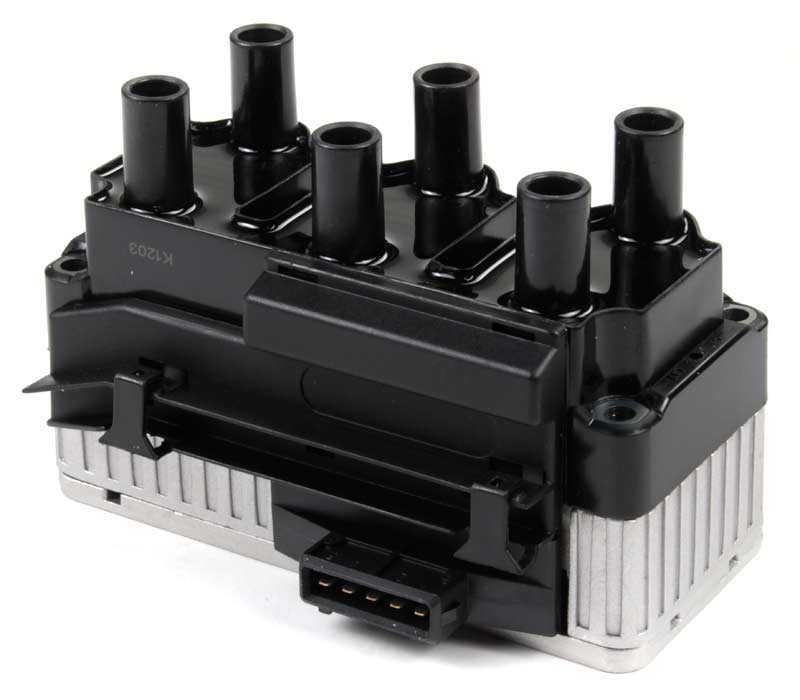 What is the Ignition System?

Internal combustion engines are arguably one of the most impressive feats of human engineering out there. A car engine is literally injecting the liquid remains of long-gone apex predators into a tiny chamber, adding lightning to it, and then harnessing the resulting explosion to create mechanical movement, about 4,000 times per minute on average. They say nature is metal, but so are humans.

Unlike diesel engines that use compression to achieve combustion, gasoline engines require an outside source to spark the fuel. Once ignited, the fuel combusts through a controlled explosion within the cylinder, pushing the pistons and ultimately providing propulsion.

What Makes an Ignition System?

The battery is the source of 12V power that is needed to produce the spark. The coil is there to deliver the volts to the spark plug, which ultimately creates the spark within the cylinder. To get efficient combustion, all of these components need to be in perfect working order.

With that said, this is a modern setup. Older engines used different systems such as mechanical ignition, where a mechanical distributor was used to power each spark plug using mechanical rotation directly. Over time, it became apparent that distributors weren’t the best option for the job. The mechanical components would wear out over time, ultimately leading to timing issues and general failure to provide a spark.

One of the proposed solutions was to fuse the distributor with a computer that would control the opening and closing of coils. This significantly reduced the wear and tear problem that standard distributors had. However, this new setup was too complex to be as reliable as modern engines needed.

After a period of soul searching, it became apparent that the best way to go was to provide direct ignition to each cylinder. Instead of having one coil for all spark plugs, the idea was to have a dedicated coil for every cylinder. Not only would this completely simplify the whole system, but it would also remove the mechanical component when it comes to timing. With this new system, it was the ECU’s job to come up with perfect timing orders.

These initial coils were rudimentary but efficient. As time went by and engines became more and more complex, so did the coils. Nowadays, we have ignition coil systems capable of accounting for direct fuel injection systems and complex timing requirements brought on by modern turbocharged engines.

What Exactly is an Ignition Coil?

Here’s a question. If we already have a battery, why not simply connect it directly to the spark plug and then have the ECU control the ignition timing? Why do we even need ignition coils? There’s just one problem with this idea – the power that comes from the battery is 12V, which is nowhere near enough to produce a good the spark we need to ignite the fuel/air mixture.

That’s where ignition coils step in. An ignition coil is nothing more than a wire wound around a solid iron core. The resulting magnetic field then stores the 12V power, building up enough juice to produce a spark inside the cylinder. In other words, these coils turn 12V to thousands of Volts and feed that directly into the spark plug. 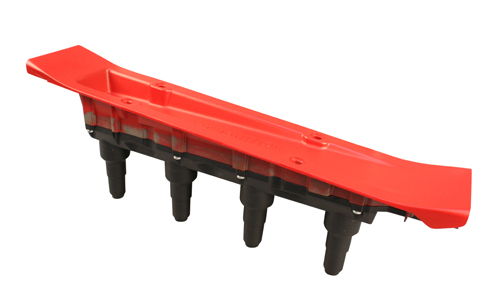 Let’s go back to the beginning of our discussion for a moment. There are three things that every gasoline engine requires to produce combustion – compression, fuel, and spark. Let’s say you get in your car in the morning, turn the key, the car cranks but won’t start. Diagnosing the problem comes down to checking for these three essential things.

While compression is hard to check without specialized tools, it’s rarely an issue. More often than not, you either have a fuel or spark issue. Checking whether a specific cylinder is getting fuel can be done in many different ways. You can listen for the fuel pump coming on and see if it’s working. A more aggressive approach would be to find the main fuel line, disconnect it, and turn the key to the accessory position, which will activate the fuel pump. Additionally, you can always unscrew the spark plug and check if there’s any residual fuel on its surface.

Checking for spark is trickier, so it pays to know some of the most common symptoms of a failed ignition system.

If you start your car and it starts backfiring after a few minutes, you might have an ignition coil issue. The reason you’re getting detonations in the exhaust is simple – there’s unburnt fuel being pushed into the exhaust manifold during the exhaust cycle. As it hits the now hot pipes, it combusts. Finding which cylinder is misfiring can be done by unplugging the fuel injectors one by one while the engine is working (on most cars).

Do it for a brief moment and check for any changes in how the engine works and sounds. Deactivating an injector on a functioning cylinder will noticeably change the sound of the engine. When you unhook the injector and hear no change in the way the engine sounds, you’ll know that you’ve found the culprit. 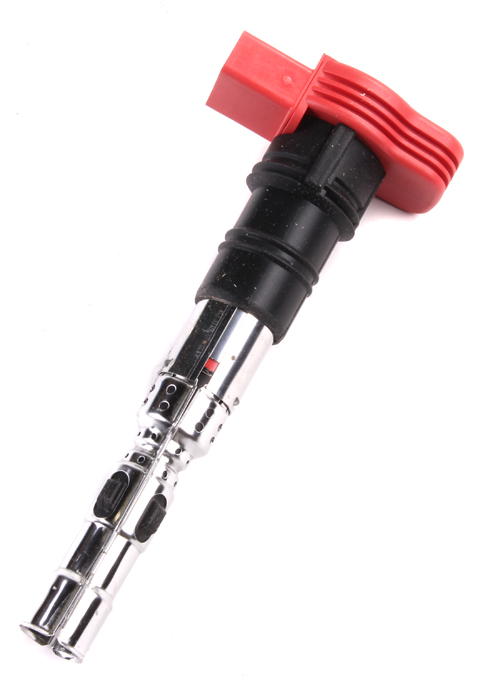 Another common symptom of a failed coil is an engine misfire. You’ll notice an irregular noise and vibrations coming from the engine when you try to start it. Additionally, the engine might stutter at higher speeds and RPMs. Rough idle is another tell-tale sign. The car will often struggle to stay on and will generally be hesitant to accelerate.

A failed or failing coils can cause your car to burn more fuel than it usually does.

Stalling, Failure to Start and the Check Engine Light

Among the more severe symptoms, you’ll find engine stalling as well as failure to start. Both of these are often followed by a check engine light that comes on.

The trick with diagnosing a bad ignition coil is to look for more than one symptom. Different things can cause almost all of these on their own. However, if you experience two or more simultaneously, you can narrow down the issue, which usually leads to a bad coil.

How to Check the Ignition Coil?

Replacing the coils is easy on most engines. It all comes down to unscrewing a few bolts and undoing a few connectors. The coil itself should pop right out with little to no problem.

Always Use OEM Replacement Parts for the Ignition System

Using either Genuine or OEM parts is essential when replacing a faulty coil. The ignition system is arguably one of the most important systems in your engine, making it the last place in which you’d want to cut corners. Using original replacement parts will prevent any issues in the future.

Check out our offer for some of the best deals you’ll find if you’re looking for replacement coils for European cars. We carry a wide range of top-quality coils for a variety of European car brands. Simply input your car’s make model and year into our system, and it will show you all of the parts that match your vehicle.