Despite all the black magic trickery that goes on inside an average internal combustion engine, automatic transmission still holds the title of the most complicated piece of automotive tech. Manufacturing a reliable automatic gearbox is complicated by itself, but designing one can be a total nightmare. Most car brands have given up on this and left the task to specialized companies such as Aisin. However, they aren’t entirely removed from the R&D process, and we sometimes end up with issues such as the Volvo S60 transmission problem.

Everyone appreciates a good specialist. Whether we’re talking doctors or transmission manufacturers. If you need something complicated, it pays to go to someone who has dedicated all of their effort to that specific problem.
As far as automatic transmission systems go, Aisin Seiki is one of the most trusted brands in the business. This company has been around for 71 years and has become a Fortune Global 500 brand largely thanks to its gearboxes.
Cool stats aside, Aisin’s gearboxes simply work. This brand alone has contributed a lot towards minimizing the misconception that automatic gearboxes are inherently less reliable than their manual counterparts.
However, accidents happen even to the best in the business. 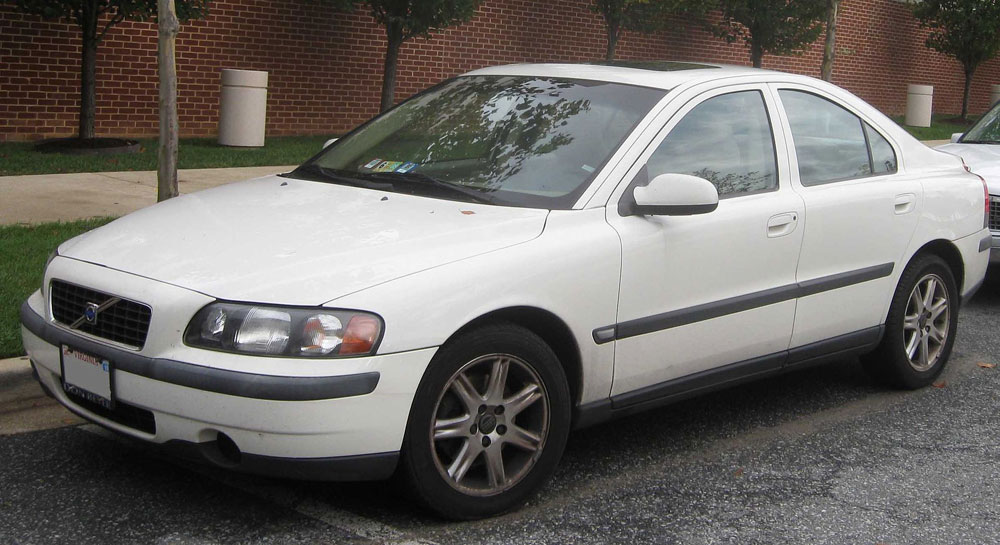 The majority of gearboxes Aisin designs are used across a wide range of vehicle makes and models. Rarely do they make a box that is specific to a single make and model. The same applies to the AF33 project. That being said, Aisin will allow individual brands to come in, make certain changes to the design, and slap their own designation to the end product.

Around the beginning of the 2000s, Volvo and many other manufacturers came together to design a new generation of automatic gearboxes that was meant to support future platforms. The project was called AF33, and Aisin delivered, as always. Volvo then took the gearbox and applied certain changes to the design.

This was nothing unusual as pairing a gearbox to different engines means different power delivery profiles. Some customization is simply necessary
Branded Aisin AW55-50/51SN, the new Volvo gearbox offered everything this manufacturer had hoped for, at least for a while. Namely, Volvo started receiving reports of failed gearboxes and transmission issues on cars that didn’t even have 50,000 miles on them. Vehicles two to three years old were being returned to dealerships worldwide, citing gearbox problems.
When their warranty department started spending significant amounts of money to cover all these repairs, it became evident to Volvo that the gearbox had a built-in flaw. 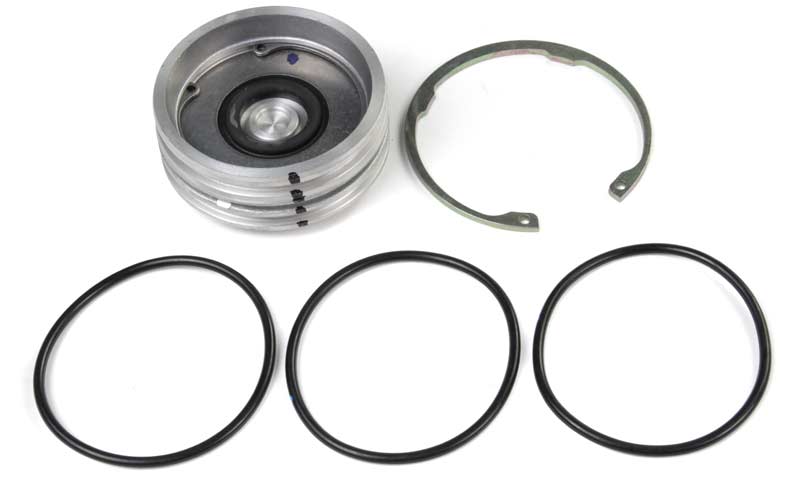 Although S60 was one of the models that were hit the worst, Volvo has had issues with the AW55-50/51SN gearbox across a variety of their models. Here’s the full list of affected cars:

That being said, for some reason, the S60 become the hotspot for issues with this gearbox. At least the symptoms are pretty straightforward if that’s any comfort. Drivers have reported rough shifts, sometimes even erratic, depending on how severe the issue gets. Others have reported a loss of gears, especially the 4th gear or the reverse gear. There’s are also reports of fluid loss, among other symptoms. Long story short, when AW55-50/51SN starts acting up, you’ll know.

It took Volvo about four years to accept that there is a problem in the first place and come up with a viable solution. The way they’ve tackled the issue has become known as the B4 Servo Update.

B4 Servo Update and Other Solutions

There’s a solid reason why it took Volvo 4 years to come up with a be-all, end-all solution. The first instances of gearbox problems were intermittent and often solved with a fluid flush. Other shops went for a full reflash of the transmission unit, which has proven to be a viable option. However, all of these solutions ended up being only a temporary fix in the vast majority of cases.

After roughly four years of trying different Band-Aid solutions, Volvo came up with a mechanical fix – the B4 Transmission Servo Update as it became known.

The update kit came with several O-rings and a newly designed valve cover for one of the main servos. This servo is tasked with actuating valve body valves (bear with us), ultimately ensuring that there’s enough hydraulic pressure within the system, resulting in smooth shifts.
What Aisin had shipped from the factory and what the new part replaces is an under-designed component. Such a tiny piece was enough to send many Volvos to their final resting place. Fortunately for most owners, the update worked, and in many gearboxes were saved.

How to Fix the S60 Transmission? – The DIY Approach

This being the eEuroparts blog, we always lean towards the DIY approach. Especially when the job at hand isn’t overly complicated, as it turns out, you can perform the B4 update in your driveway. The servo cover you’ll want to replace is easily accessible via the driver-side wheel well. The cover is held in place with two o-rings and a snap ring. The kit includes all of the necessary parts to get the job done, but there are a few extra things you’ll need.

One of them is fresh Genuine Volvo transmission oil. Doing an oil flush is a must when applying the B4 update. You should change flush the oil every 50,000 miles anyway (no matter what version of “lifetime fill” or “lifetime oil” was in there previously). It’s basic automatic gearbox maintenance.

Following the oil flush, you’ll also want to reflash the TCU with the latest software updates. This is where you might need a professional helping hand if you’re not savvy enough with automotive electronics. 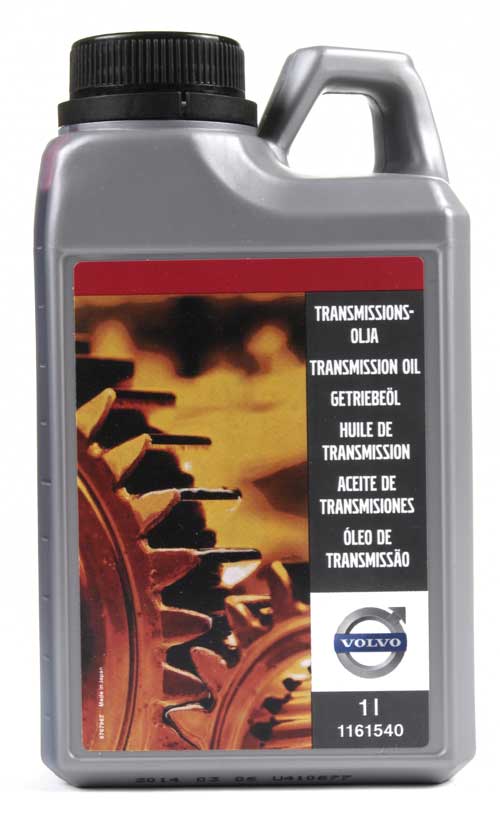 The Not So Lucky Ones

Although the update proved as effective, it was too late for some gearboxes. There is no guarantee that your newly applied update will get rid of the issues. In case the problem persists past the update, oil flush, and TCU reflash, you’re looking at a new transmission valve body or sometimes even a new gearbox. Those who experienced such horrific issues under warranty were the lucky ones. The thing with AW55-50/51SN is that you never know when the servo cover issue could strike.

If you’ve been looking for a mint S60 and wondering why these cars are so cheap, now you know. Buying an S60 or any Volvo that came with AW55-50/51SN installed is a lottery. If you’re dead set on getting one of these cars, you absolutely need to make sure that the gearbox has been fixed.

Since most of the affected models are now well out of warranty, experiencing a gearbox failure can set you back more than half of what the car is worth. We strongly suggest getting the B4 update kit and preemptively replacing the suspected components, just in case. These kits are a dime a dozen compared to what a new gearbox might cost you down the line.

As far as prevention goes, there’s no proven method to stop a servo cover from croaking. Standard automatic gearbox maintenance is your best bet. Flush the fluid every 30,000 to 50,000 miles and hope for the best. The only thing we can recommend is never to ignore the symptoms.

If you notice that your gearbox is starting to struggle or hesitate while shifting, do yourself a favor and visit your mechanic immediately. The whole gearbox fluid pressure problem rarely goes from 0-100 instantly. More often than not, it’s a gradual process. Catch it early enough, and you can prevent potential valve body damage.

That being said, your chances of running into servo cover issues greatly diminish as you move away from the 2004 year models. Right around that time, Volvo has put their behinds into gear (pun intended) and put in serious effort to make new cars less prone to hard shifting.

Chances of a later year model, like a 2010 or even 2007, having servo cover issues are minimal but still not equal to zero.
Once again, always make sure to check the service history on any of the vehicles listed above. Look for prior transmission problems, whether the previous owner flushed the oil and anything that could imply future gearbox issues.

Where to Find the B4 Update Kit?

Even though it’s been nearly two decades since AW55-50/51SN first started giving their owners trouble, B4 update kits are still available. Being one of the leading suppliers of Genuine Volvo spare parts and components, we have the kit in stock.
If you’re unsure whether this kit will fit your car or need one at all, please contact our customer support. Our reps are standing by to offer assistance and answer whatever questions you might have regarding our products. You can reach us via email by filling out our contact form or by giving us a call!

102 thoughts on “Volvo S60 Transmission Problem -The B4 Servo Update”