Every mechanical part of the car wears out over time; some wear out sooner than others. Clutches are notoriously among the first major components to fail, especially on manual vehicles. Doing a clutch service job usually isn’t cheap either.

Due to this job’s complexity, it’s recommended that you use quality parts and replace everything that looks worn, even if it’s not broken. Sachs clutch kits are known within the car enthusiast community as the go-to choice for those who want reliability and quality.

This company has been around for a while, building a strong reputation in the OEM and aftermarket segments. Today we’ll try to get you acquainted with Sachs and give you a brief rundown of what this brand has to offer.

The History of Sachs

Much like most automotive brands from across the pond, Sachs has a story that goes back over a century. Founded in Schweinfurt, Germany by Ernst Sachs in 1894, the Sachs company first appeared on the radar thanks to the innovative Torpedo free-wheeling hub designed for bicycles.

Ernst was lucky. Right around the time he came up with his invention, the bicycle industry experienced a massive boom. Everyone recognized the convenience of using a bike as a mode of transportation, which means that Ernst had a growing number of customers in need of his bicycle hubs.

It wasn’t until the 1930s that Sachs shifted its focus away from producing ball bearings, moving more towards manufacturing automotive suspension parts and clutch components. The company trudged through WWII, losing much of its production capacities to Allied bombing runs. However, that hasn’t stopped Sachs from pulling its bootstraps one more time and starting to rebuild.

It took 15 years for the company to rise back from the ashes, rebuild the 70% of production capacities that were destroyed, and begin the path towards global domination. 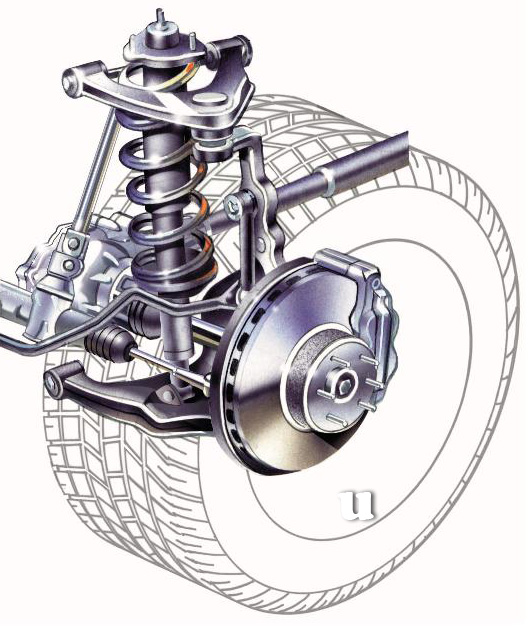 Right around the 1970s is when Sachs entered the global stage. The company had created a foothold in North America, which had caused it to double its production capacities in a fairly short timeframe.

Since then, Sachs has continued to grow as a global provider of clutch and suspension components. Where most other companies in these two niches of the automotive industry gained popularity due to their aftermarket carts, Sachs went full OEM for the most part.

You’ll find that many car manufacturers today use Sachs to manufacture Genuine parts and OEM parts for their cars. With more cars being made every year, Sachs grew as well. In 1995 the company had changed its name to ZF Sachs AG, only to become a part of ZF Friedrichshafen AG in 2011.

Sachs has remained a brand of the ZF Group – an entity currently operating over 40 production companies around the world.

Clutches wear out over time. The one you get from the factory lasts for approximately 100,000 miles depending on the car. Once it wears it, you’re in for a fairly costly job that includes tearing down the transmission and swapping out several components. In other words, it’s not a service job you’d want to do every other year.

One of the reasons why Sachs has become so popular all over the world is quality. These clutches are made to last and offer the type of consistency that inspires confidence. Going with a Sachs clutch kit will give you the same performance, durability, and service life as the original part in most cases. Sachs isn’t the cheapest option in any shop, but the price you pay gets you the consistency and reliability necessary for long term use.

They say that German engineering is a few levels above anything else on the market. Although this adage has become fairly cliché by now, it is rooted in facts. Clutch components and friction plates have been pushing modern material science to its very edge, especially ones made by German manufacturers.

The industry has achieved a performance level where even the most basic passenger vehicles are fitted with clutches that perform exceptionally well. Yet, there’s always room for improvement, according to Sachs.

This brand is continuously working on new technologies that will bring innovation to the field of clutches and dampers.

Recognizing the Challenges of Modern Transportation

Cars have gone through a massive transformation within the past several decades, and so has the entire world. We’re seeing a constant migration of people towards larger population centers, a byproduct of the information age we’re living in. However, this increase in population density is causing all kinds of issues for modern cities’ aging infrastructure.

The commutes are more prolonged, traffic is getting worse, and it’s generally getting harder to get from point A to point B in major cities worldwide. Massive rush hours means that you’ll spend more time crawling in traffic. In turn, that puts more stress on the clutch system, which wears down faster and results in more frequent service intervals.

Sachs has come up with several solutions to counter such demanding driving trends. One such solution is the XTend pressure plate.

Clutch pressure plates are an important part of the entire clutch system. When most people think of a worn clutch, they usually image a friction disc with no friction material left on it. One part of the system that is generally overlooked is the pressure plate.

Sachs has devised a continuously compensating mechanism for the friction disc wear, thus always maintaining the same geometry of the diaphragm inside the pressure plate. As a result, you have a more even clutch wear, longer service life of the entire system, and ultimately a more reliable clutch. There’s plenty of information that shows how efficient the XTend design is.

Paired with high-quality pilot bearings and advanced friction discs that come in Sachs clutch kits, XTend pressure plates give other brands a serious run for their money in the OEM range.

Although Sachs is mostly covering the Genuine and OEM parts, they also have a Performance division within the company. Named Sachs Performance, this part of the Sachs family is tasked with producing dampers and clutch kits that offer very specific performance profiles for the most demanding customers.

Sachs Performance has been involved in motorsports for decades, gaining valuable knowledge and expertise later refined into more efficient clutches. Their performance clutch kits are designed to facilitate faster acceleration with a consistent level of bite throughout the rev range.

If you’re running a custom build with a high torque curve, you’d most definitely benefit from a performance clutch kit.

Their solution came in the form of organic line discs that pack a torsion-damped layout and more durable friction material with longer service life. This type of friction disc gives you enough bite to deal with high torque engines. This is the perfect friction disc for tuners who are running aggressive maps.

Covering the Full Range of Brands

Quality and long service life are arguably the most defining factors behind Sachs’ success. However, the fact that this brand covers a diverse array of car manufacturers had also contributed to that success.

If you own a vehicle made by one of the famous European car manufacturers such as BMW, Audi, Mercedes-Benz, or others, you’ll easily shop for a clutch kit that matches your vehicle. Not only that, but you’ll most likely be able to choose between different types of clutch kits.

How to Choose the Right Sachs Clutch Kit?

Being a car enthusiast is hard. You’re constantly tempted to upgrade your vehicle with parts and products that boost its performance. As far as such upgrades go, installing a performance clutch kit is on the same level as running a bigger turbo or doing a coilover suspension upgrade.

However, the real question is whether you really want a performance clutch, or commonly known as a ‘stage 1 clutch’? Performance clutches are more expensive and wear out faster on average. If the extent of your driving is limited to commuting, the chances are that you’ll get more bang for your buck from a standard OEM clutch.

However, if you plan on setting up your vehicle for quarter-mile races or track days, you’ll definitely get your money’s worth out of a performance kit.

We pride ourselves on working with premium brands, including Sachs. Our shop’s catalog includes their clutch kits for a variety of European vehicles. To find a kit that matches your car, head over to our online store and use our navigation tool.

Once you input your vehicle’s year, make, and model, you’ll get a complete list of parts that match your inquiry. Ensure accuracy when selecting the vehicle model from our database as different engine/transmission combos sometimes run different clutches.