The BMW E46 is known to have a sensitive cooling system that often requires a complete overhaul as these cars age. Today, some 20 years after the first E46 rolled off the production line in Germany, you either have cars that have had a complete cooling system overhaul done or ones that will soon enough.

The e46 cooling system issue is well-known. Fortunately, that means that solutions are well known as well. Today we’ll discuss the E46 cooling system problems, what causes them and what you can do to fix them on your own car. 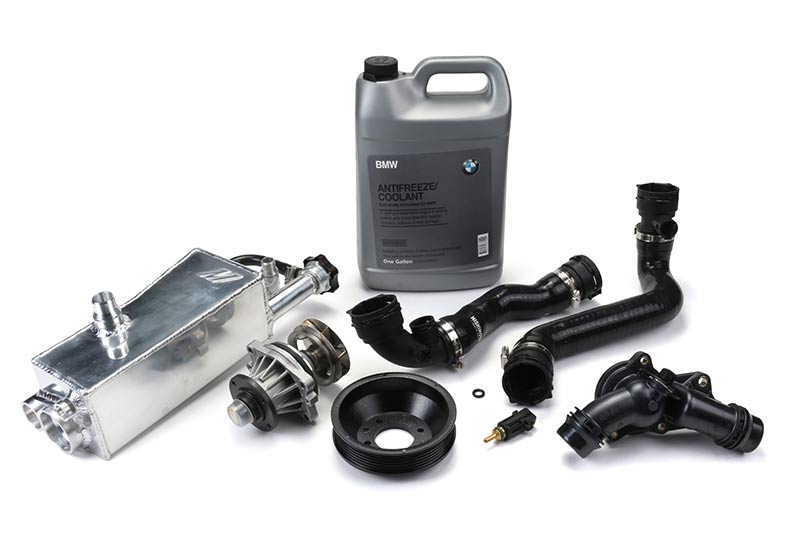 This E46 Cooling System Kit has the parts you need to upgrade your BMW cooling system for track ready performance. Pick a radiator and buy now!

Back when BMW designed the E46 cooling system, they’ve borrowed a number of solutions from the E36. The design of individual components and the choice of materials used simply didn’t withstand the test of time. That being said, there are a couple of parts that most commonly cause issues in the E46 cooling system.

The first one is the expansion tank. It’s made from lower-quality plastic, and it’s prone to cracking. Once it goes, it can lead to a quick and sometimes complete loss of coolant. We’re not talking about minutes, but rather seconds that can lead to a catastrophic overheating failure of the engine.

The expansion tank isn’t something that might fail. It WILL FAIL, and it’s just a matter of time. Some last more than others, but there’s a 100% chance it will fail at one point. To avoid this, it’s recommended to replace the expansion tank regularly, especially if you just got an E46 and you don’t know when the expansion tank was replaced. It may appear to be in good condition, but you won’t be able to see hairline fractures that can leak significant amounts of coolant as soon as the engine reaches its operating temperature.

New OEM expansion tanks on the BMW E46 last for about 60,000 miles, so it’s best to replace the tank before then, just in case.

The water pump should be replaced every 35,000 miles with an OEM water pump. If you just bought your E46, it’s recommended to replace the water pump right away just in case. This way, you’ll know that a compromised E46 cooling system won’t leave you stranded on the side of a road somewhere.

The cooling system on any car is meant to maintain the proper operating temperature of the engine. This is made possible thanks to a number of parts that work in sync.

The symptoms of a failing E46 cooling system are the same for any other car. The first thing that will point to an issue in the cooling system is the temperature gauge moving towards the red zone. If you notice the gauge exceeding the normal temperature values, you should pull over right away and let the engine cool down.

Another common symptom of an E46 cooling system failure includes steam under the hood. Although you might not notice it right away, as soon as the car slows down or stops, you’ll notice steam coming from the sides of the hood. This is a certain sign that the cooling system isn’t working properly, and you should also stop and let the car cool down. Once cooled, you’ll most likely need to add coolant to the tank because a certain amount has surely evaporated.

The last sign to look for is white smoke coming from the exhaust. Out of the three symptoms, this is the one that surely means you’ll need to take your car to the mechanic who will need to tear down the engine to find the cause of the leak. White smoke is formed when the coolant enters the combustion chamber.

Because the engines in the BMW E46 are prone to overheating due to a compromised cooling system design, the maintenance of said systems is something you simply can’t afford to ignore. There are a few critical components that fail commonly, but it doesn’t mean that other parts of the E46 cooling system can be overlooked.

It’s important to use only Genuine or OEM parts to stay on the safe side. That being said, you can go a step further and use improved aftermarket parts that fix the common issues found on OEM parts. This means replacing components made from low-quality plastic with reinforced aluminum parts. If you decide to go down this route, you still need to use recommended BMW coolant because it includes important additives that eliminate buildup and debris inside the system.

Checking coolant levels regularly and replacing certain parts will ensure your BMW working at optimal temperature. If you’re not sure when the cooling system was maintained last time, do it right away and check the owner’s manual for recommended service intervals. Prevention is the only way to treat this whole issue, so don’t skimp on your maintenance.

Although there are plenty of cooling system kits out there for this car, we at eEuroparts.com wanted to put together something that is guaranteed to work. Because of that, we’ve picked several 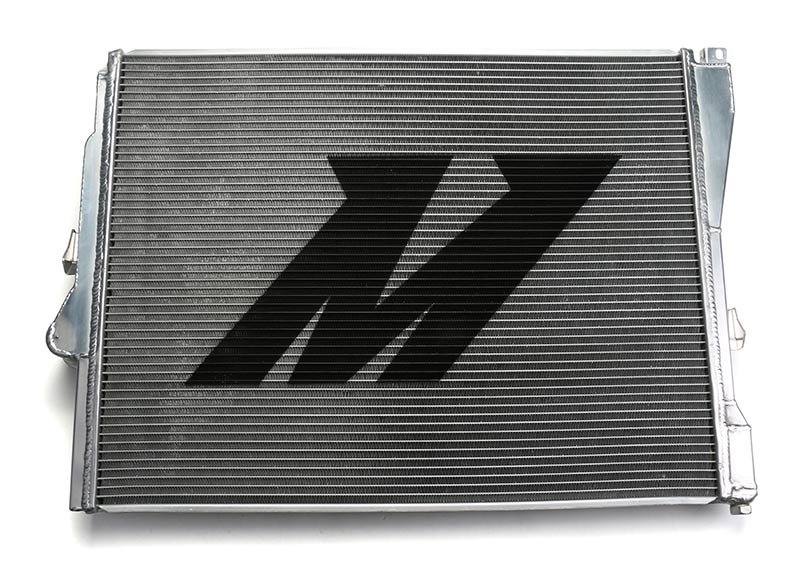 The aluminum E46 BMW radiator by Mishimoto radiator is available for both Automatic and Manual transmissions.

high-quality Mishimoto aftermarket components to serve as a foundation for these kits.

The Mishimoto E46 cooling system kit is compatible with both automatic and manual transmissions and features everything you’d need but the radiator. The radiators are sold separately and if you need one for a manual transmission E46, the code is MMRADE46323. If you need a radiator for the automatic transmission E46, the code is MMRADE46323A. Both of these Mishimoto radiators feature a TIG-welded aluminum construction. Mishimoto’s design offers a significantly larger capacity and flow, which makes these radiators a great upgrade for any engine you might have in your BMW E46. 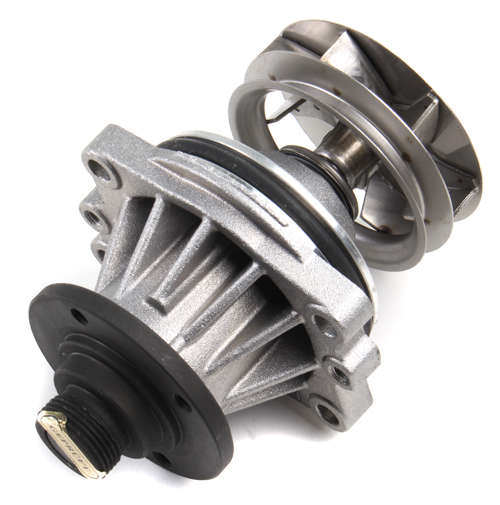 The water pump is one of the E46 cooling system components that commonly fail due to the plastic composite vanes shattering. The Hepu water pump is an improved water pump of OEM quality, but with a metal impeller that offers much more reliability than the stock one. 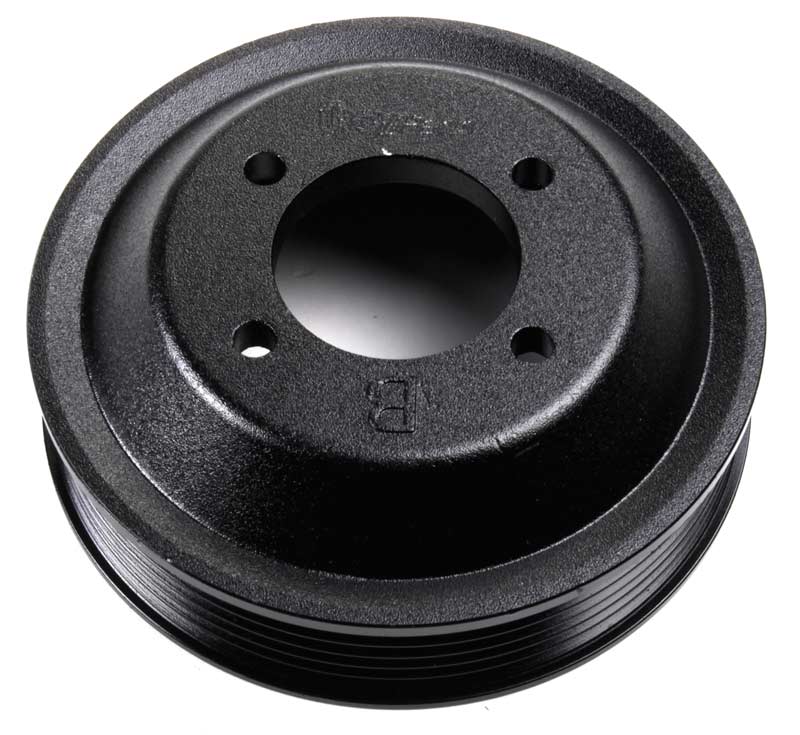 The factory water pump comes with a plastic pulley, which is a known issue on the BMW E46 model. This kit comes with an upgraded metal water pump pulley that can withstand the pressure from the upgraded water pump with a metal impeller. 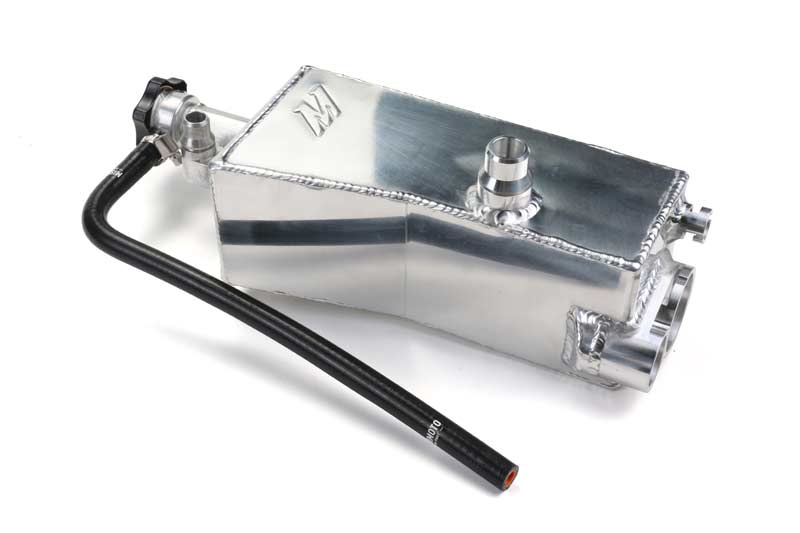 The Mishimoto aluminum expansion tank not only looks good in the engine bay, but it eliminates the possibility of cracking like the stock one. It also works with the stock radiator, so you don’t need to spend additional money if your radiator is good, and you don’t want to upgrade. 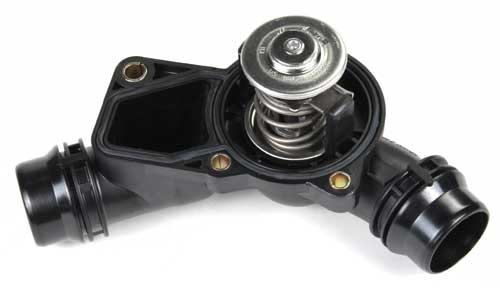 The thermostat is a crucial part of the E46 cooling system that ensures the engine keeps the optimal operating temperature. It’s a small part that has one of the most important roles in the entire system. The BEHR 97 degree thermostat ensures the temperature doesn’t exceed the allowed degree. 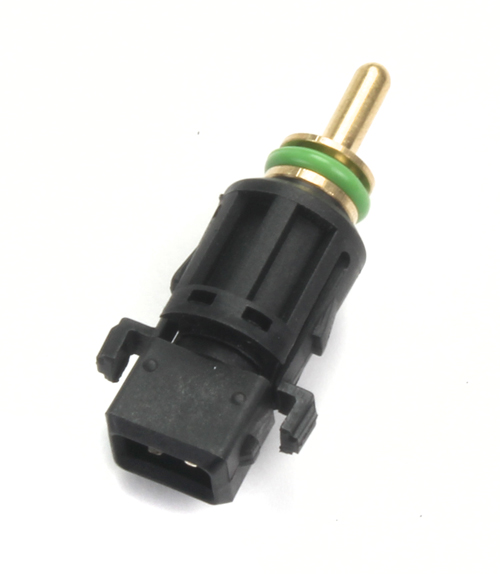 The radiator fan switch is the most affordable part but can cause a huge issue if it fails. When the operating temperature of the engine rises, the radiator fan switch is the part that turns on the fan to additionally cool down the engine. Even though yours might be working fine, it’s a good idea to replace it once you’re replacing the other parts of the E46 cooling system. 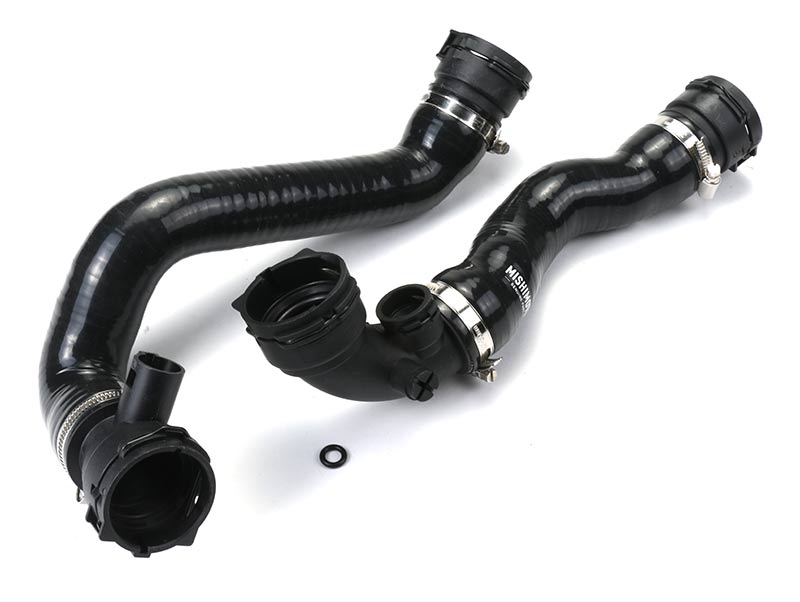 Stock radiator hoses are prone to cracking, especially if they weren’t replaced recently. The rubber hoses that are constantly exposed to hot and cold cycles stiffen up after a while. Replacing them with Mishimoto’s silicone radiator hose kit is the perfect solution.

Not only will the new radiator hoses make the cooling system bulletproof as silicone handles heat cycles far better than rubber, but they’ll also make the engine bay look much cleaner.

The Mishimoto radiator hose kit also comes with the necessary O-ring for the sensor, so it won’t be leaking coolant. 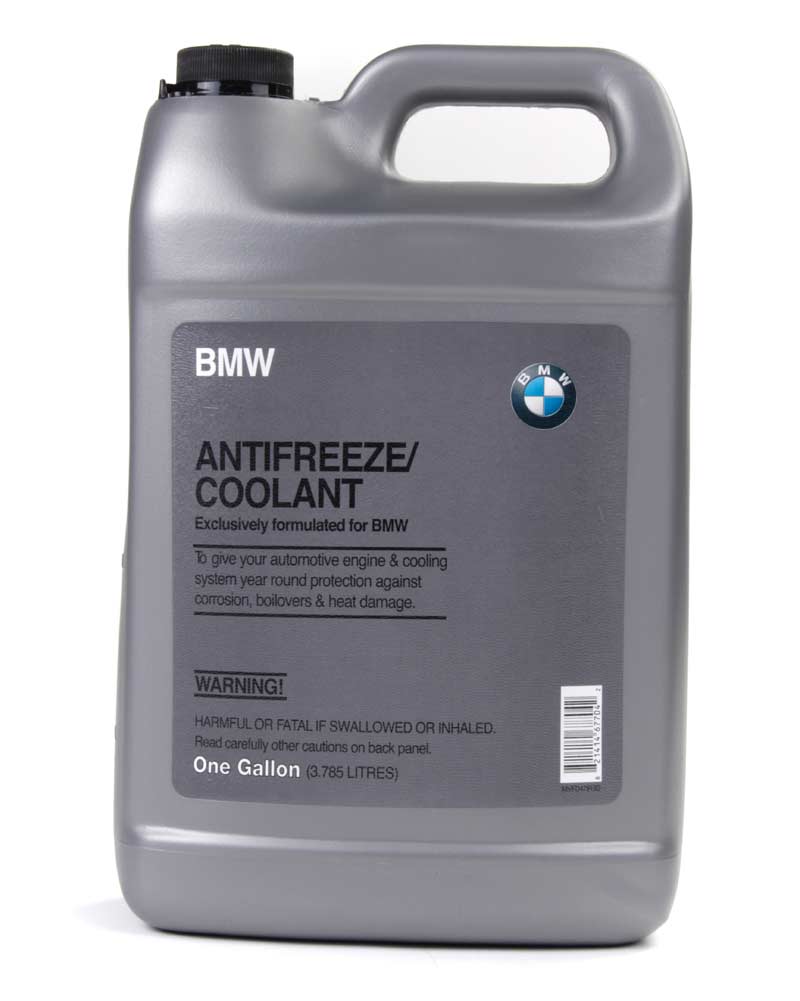 As we mentioned before, the E46 cooling system requires the use of genuine BMW coolant to function properly. The BMW coolant includes additives that are factory required and will ensure the entire system working perfectly.

When all the other components of the kit are installed, the BMW concentrated coolant needs to be mixed with distilled water and added to the system. Before adding coolant, make sure you know how much coolant you need.

Is The E46 Cooling System Kit A Good Fit For Performance Cars? 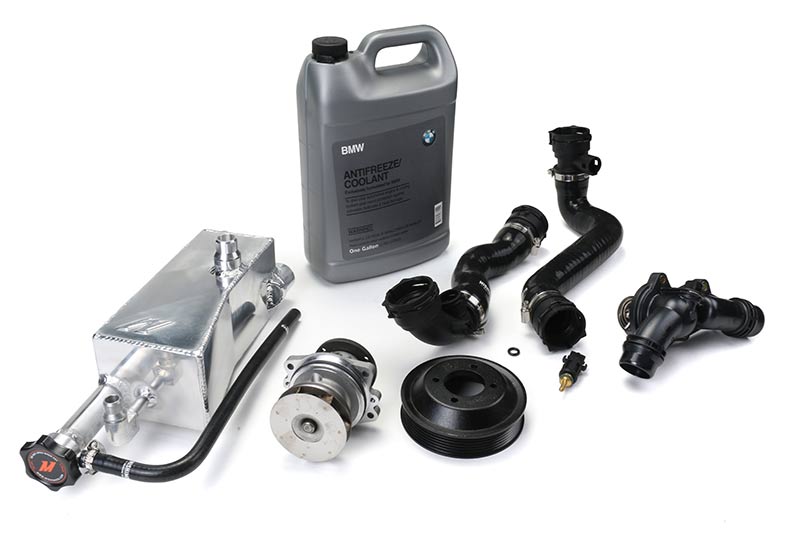 The E46 cooling system kit is a great fit for the following BMW models:

All the upgraded parts offer more durability than stock parts and are a perfect choice if you want to upgrade the cooling system on your performance E46. More power, torque, and high-rev racing require the cooling system to work under extreme pressure. The aluminum parts, improved metal pulley, water pump and hoses from the kit you can find at eEuroparts.com will ensure your cooling system will perform perfectly no matter what your driving style is.

The Importance Of Maintaining A BMW E46 Cooling System 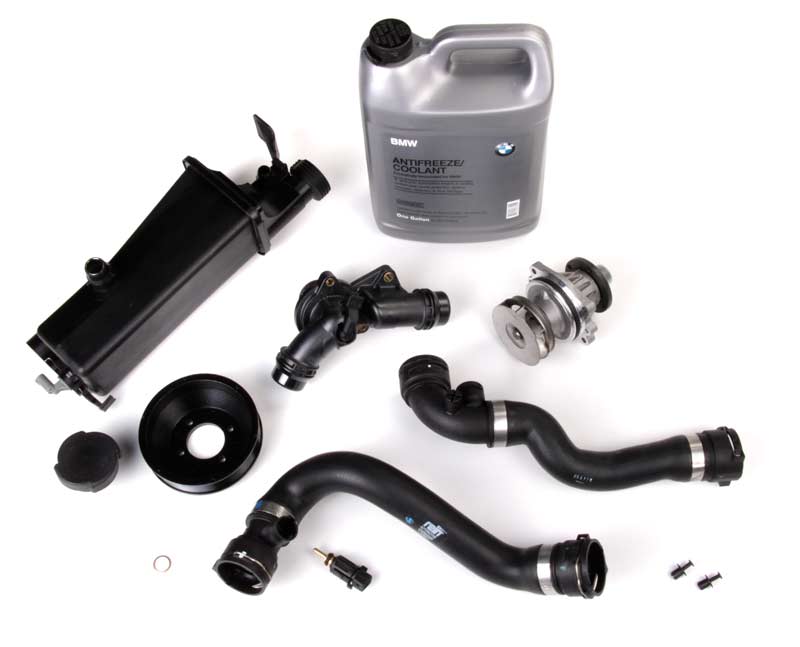 The cooling system of any car is as important as it gets. It prevents the engine from warping due to excess heat, and if any part of the cooling system fails, it can lead to irreparable damage to the engine. Different manufacturers require different maintenance intervals regarding the cooling system, and because the BMW E46 offers an immaculate driving experience, it’s worth investing in quality parts that will make sure everything works as it should.

We at eEuroparts.com offer Genuine, OEM, or high-quality aftermarket parts for most European vehicles including BMW. The E46 model is still a popular choice as a daily driver, but as a performance car for the occasional track day. If you think that your BMW E46 cooling system is ready for an upgrade, or you want to replace old parts you’re not sure about, you’re in the right place. Simply select your model using our car selection tool over eEuroparts.com online store, and you’ll get a list of all parts that are a guaranteed fit for your car.