After our event at the beginning of June, we had a nice long and relaxing break before racing again on August 12th. It was right in the middle of this time span that we suffered the near infamous B235 piston/ring failure! Our engine gave us zero notice or indication about what was about to happen, so we’ll jump straight into the Saab 9-5 engine rebuild story as well.

July 14th: We were driving around the streets of Vancouver, BC for a photoshoot with our teammate’s Mazda 3. It had been a very casual day of driving, and despite the occasional “pull” we had kept our oil temps low, and our engine abuse zero. Without any warning whatsoever we began seeing smoke from our hood vents and out the exhaust, and immediately knew there was a problem. 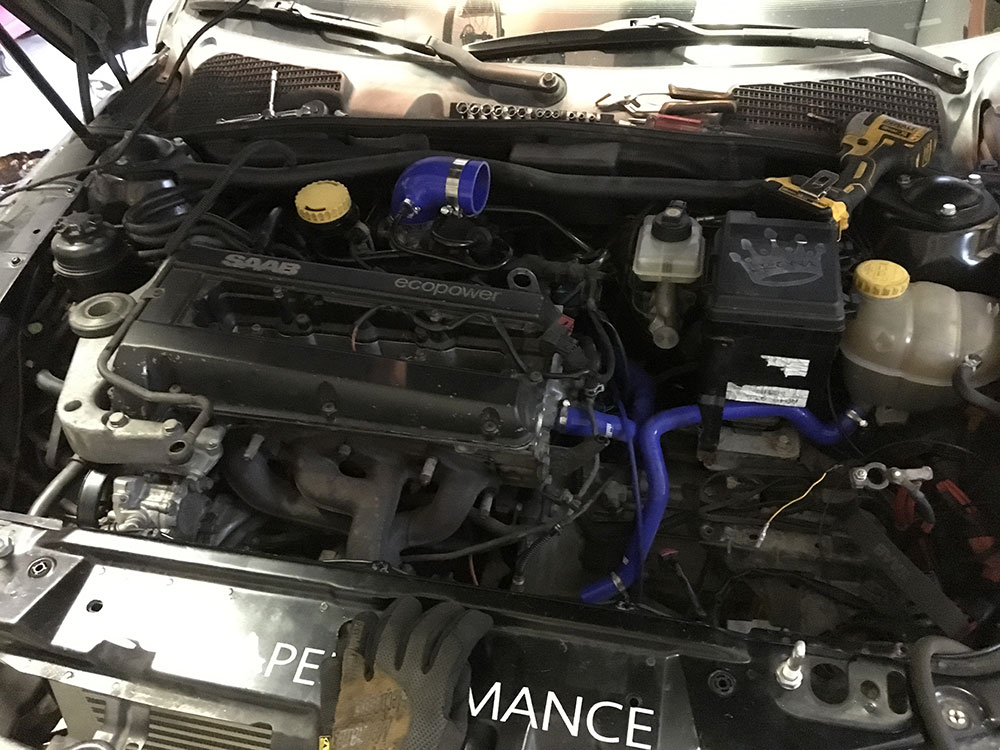 Examining the engine bay revealed a large amount of oil sealing out from the filler cap and the PCV system, which to us indicated large amounts of blow by or that the hoses/seals on aforementioned components were shot. The true extent of the problem was realized when we removed the oil filler cap back at our shop, and were faced with a regular pulsation of exhaust gases.

We had cracked a piston. 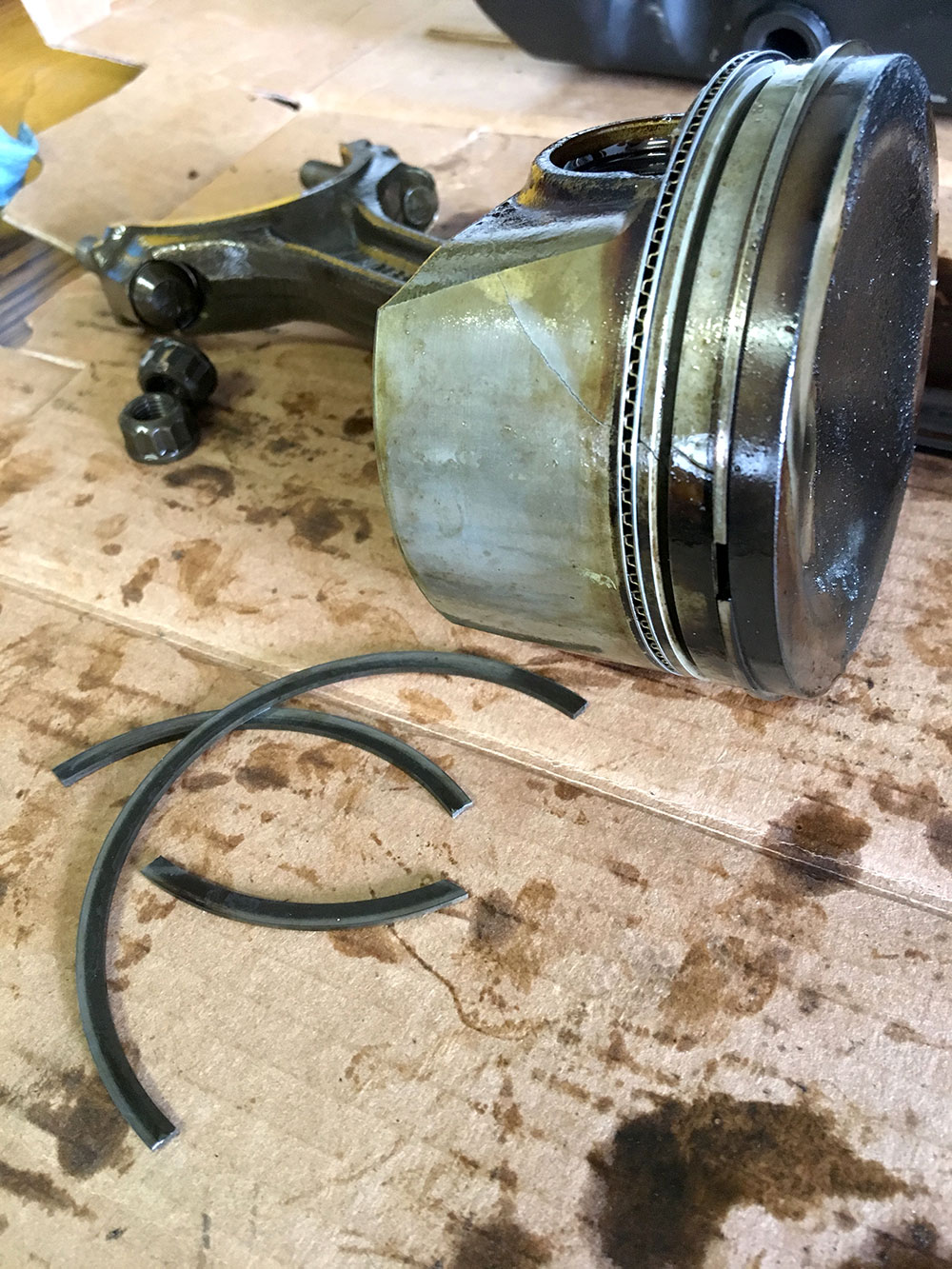 To explain the damage and exactly what occurred I’ll be putting together a separate article outlining the known design weaknesses [here it is] , and what needs to be taken into account when building an engine or upgrading your external components for more power. 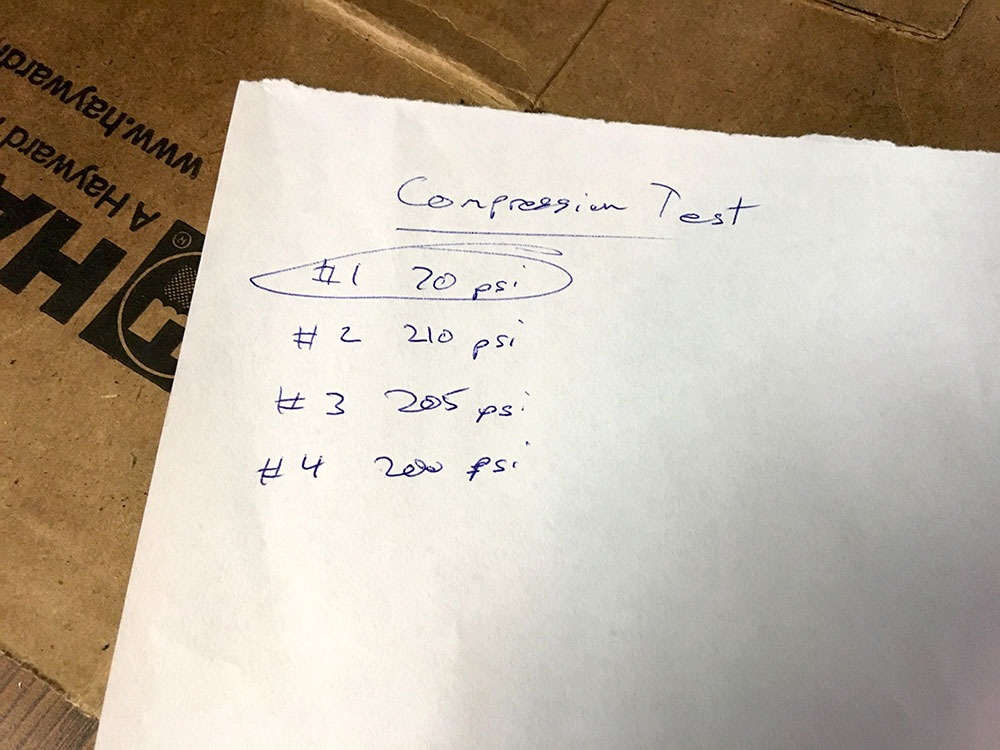 July 16th: We went and acquired ourselves a compression tester to confirm our findings and narrow down which cylinder was the conspiring member. Cyl 4: 200, Cyl 3: 205, Cyl 2: 210, Cyl 1: 70. T-minus 27 days. If you are interested in doing a compression test on your engine, here’s how!

July 17th: After several hours of thought and consideration to our current options, we elected to contact all of our sponsors and notify them of our current progress from the last event, and of the engine failure that we had now suffered. It was now time to begin gathering information to conduct an engine build, and piece together a parts list to make that happen. A quick trip to NordicSpeed and a phone call to our friends at King Tuning Developments and Rochester’s House of Boost gave us all the info we needed to proceed putting parts into shopping carts and contacting sponsors with needs.

July 18th: Today was the day that we needed to reach out to specific partners and make our requests. This engine build was already planned for this coming winter, however this damage had brought this build upon us ~6 months too early. eEuroparts came through with some serious firepower for us, and were able to provide nearly all the seals, bearings, and other consumables/replaceable parts needed for the build. The only exceptions were components not in stock or in a different configuration than we were looking for.
This contribution combined with our sponsor from Sweden sending us Wossner forged pistons gave us ability to get this build done, and done right, in time for our next race.

July 19th: All the parts had now been ordered, and it was time for us to begin disassembly and start the Saab 9-5 Engine Rebuild.

Continue on to part 2

I’ve throw together our parts list from eEuroparts.com below. While this is not the engine rebuild shopping list in its entirety, it is very close.