SAAB isn’t a brand that’s known for making unreliable cars. On the contrary, aside from several well-known issues, most SAABs promise smooth sailing. That being said, these cars are getting old. Even the last SAAB ever built, a 2014 9-3 Aero, is now seven years old.

Not to mention that most of the SAAB fleet you see on the streets is at the very least double that age. Build quality matters, but it can’t stop the effects of time. Components wear out. That’s just how it is. As it turns out, the SAAB window roller is one of the first things to go on most recent SAABs. Our goal today is to show you how to replace it on your own.

Have you ever tried to roll up the window on your 9-5, only for something to snap and the window to disappear down inside the door? If your answer is yes, you’re one of many SAAB owners who were put in sometimes awkward situations by a little green piece of plastic.

The culprit responsible for this issue is a small window regulator roller connecting the window frame to the window regulator mechanism. These plastic bits tend to wear out over time, causing the glass to get stuck inside the door when you lower the windows. SAAB isn’t the only brand out there to use plastics in their cars. In fact, they’re known for using plastics in some pretty interesting places.

However, more often than not, you’ll see zero issues since most of these plastic parts have a passive role. The little green roller literally slides inside the window regulator channel. Whatever tiny bit of friction there is, it adds up over time.

Another issue that often plagues older SAABs is the window rattle. Namely, windows on affected models use a strip guide to keep the glass aligned when power windows are operating. The problem occurs when that strip inevitably falls off because the only thing holding it in place is glue.

With the strip guide gone, your window will work, but it will cause heaps of rattle and noise while it’s rolled down. Worse yet, since there’s nothing holding it in place, shutting the door with a bit of force can crack the window while it’s down. This doesn’t often happen, but it’s worth keeping in mind.

Going back to the little green regulator, the vehicles affected by this issue range from the 9-5 family, to the new generation 900s and the first-gen 9-3s. In short, if you’re a fan of recent SAABs, there’s a chance you’ll be dealing with this issue.

Replacing the Rollers – No Diagram Necessary

Replacing the regulator rollers is actually quite easy. All you need are a few tools, a pair of tiny green rollers, and some glue for the window guide. This is a job you can do on your own, in your driveway or garage.

Here’s a video guide on how to do it. That being said, we’ve put together the same guide in text format so that you can use it as a reference sheet.

Step 1 – Remove the Handle Screws and the Weatherstripping

We’ll start things off by removing the three little covers on the inside door handle. You can use a small screwdriver or a trim removal tool to get these off. Once removed, you’ll find three Torx T30 screws that need to come out as well.

Once those are out, start working on the weatherstripping. Carefully remove it, and don’t worry about putting it back. It’s much easier than it appears.

With the weatherstripping off, you can now access the plastic trim piece that goes around the top part of the door. We suggest using a dedicated trim tool to remove this piece as it is quite brittle and effortless to crack, yet it takes some convincing.

When you remove that piece, you’ll be able to begin working on the door card. Start by going along the perimeter of the black plastic trim. It’s held in place by clips you’ll need to undo as you go.

By undoing the last clip on the black plastic trim piece, you’ve freed up the door card. Remove it by pulling it towards you until it’s free and then pulling it up so it clears the door lock. Also, make sure that the window molding stays on the door card and not the door. It will make the installation process much more manageable.

Removing the door card reveals a large, gray rubber panel that covers the power window system. To remove it, start gently pulling it off. It’s held on by a layer of glue that won’t give you much trouble. Also, you’ll be able to reuse it when you decide to put everything back together.

When you remove the vapor barrier, check the bottom of the door for that rubber strip we’ve mentioned earlier. If it came undone, it would be there. Take it out as you’ll want to glue it back in place.

To access the window regulator rollers, you need to bring the window all the way down. When you do, you’ll see the two arms of the window mechanism appear in front of you. There’s a roller at each end of the two arms. To get it out, you’ll want to take a screwdriver and first remove the retaining pin. Simply stick the screwdriver inside the pin and pull it out.

With the pin out, you can pry the arm away from the roller. The arm has a little ball joint that snaps into the regulator roller. Once the ball joint is out of the socket, you can just slide the roller out. We suggest replacing both at the same time.

When you install the new regulator rollers, don’t forget to put the retaining clips in place. Now is also the good time to lubricate the new rollers as well as the channels they sit in.

Step 6 – Glue the Rubber Strip Guide Back in Place

While you’re here, you might as well glue the rubber strip guide back in place. Clean any of the old adhesives, get yourself good rubber glue, and apply some on the strip and to the surface it mounts to.

Speaking of which, the rubber seal guide sits on the inside of the door, on the opposite side from the rearview mirror. When you place the strip back into the door, make sure that the thicker side of the guide is facing the interior of the car.

With the seal guide back in place, roll down the window to apply pressure to the adhesive and let it set.

The last step in this project is to reassemble the door by doing everything in reverse. You can choose to reuse the old glue on the vapor barrier, but you can also get some 3M double-sided tape to secure it in place if it starts giving you trouble. 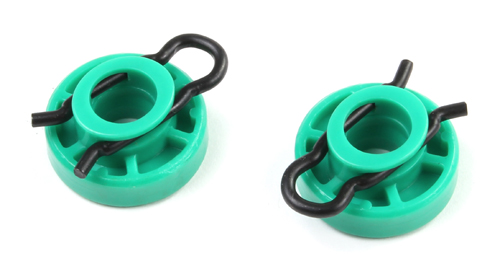 SAAB may be gone, but here at eEuroparts.com, we still cherish this brand. If you’re looking for new parts for your SAAB, make sure to check out our catalog. We carry Genuine, OEM, and aftermarket parts for various SAAB models, including the 900, 9000, older, and more recent models.

To find the parts you need, head over to our online store, input your car’s specs, and view the results. Chances are you’ll find exactly what you’re looking for!