Automotive flywheels have come a long way from their original design. As engines became more powerful and complex, so did this essential drivetrain component. Today most cars come with a dual-mass flywheel – a design that has proven to be incredibly efficient. However, more and more people go for a single mass flywheel conversion in search of simplicity and reliability.

Today we’ll try to find out which one of these solutions makes more sense and when you should consider converting.

Although simple, flywheels were and still are essential for the operation of your average internal combustion engine. A flywheel is a component that is bolted to the end of the crankshaft. It’s a heavy disc whose purpose is to neutralize the violent torque pulses most engines put out.

Let’s explain that a bit further. All four-stroke engines deal with a torque spike in the power stroke. The reason for this is that this stroke is the only one that actually produces power. The intake, compression, and exhaust produce no torque relative to what happens during the power stroke.

This spike in torque causes all kinds of violent vibrations that negatively affect the engine if left ignored. One way to flatten that sudden spike in torque was to add a flywheel.

Adding a flywheel to the end of a crankshaft not only irons out the torque spike, but it also allows the engine to run much more smoothly. The rotating mass acts as an energy storage unit that takes all of those violent vibrations and dampens them significantly.

As engines became more complex and our need for efficiency higher, the vibrations and violent frequencies coming from the engine became more aggressive. We’ve reached a point where a rotating slab of metal wasn’t cutting it anymore. It is at that point that engineers invented dual-mass flywheels or DMFs for short.

The demands of modern engines have put a lot of strain on conventional flywheels. High torque, fast spinning motors have proven to be much less refined in terms of vibrations they produce. Managing these vibrations has reached the practical limits of simple flywheels. Adding more mass could eventually solve the problem, but it would only cause a different one. The more mass you add at the end of the crankshaft, the more energy you’ll have to expend to spin that mass up to speed.

Since that’s not feasible, automotive engineers have come up with the dual-mass flywheel. Just like its name implies, there are two masses inside one of these. These two separate pieces of the flywheel are connected by a pair of springs. Each spring usually features progressive tension, making it softer at the beginning of the compression and harder as it reaches maximum travel.

The idea behind dual-mass flywheels is to dampen the excess vibrations from the engine using this spring setup. As it turns out, this system works reasonably well.

The Downsides to Dual Mass Flywheels

Although highly efficient, DMFs aren’t without flaws. The increase in complexity means that you’re looking at compromised durability compared to an average solid flywheel. On top of that, when a DMF decides to go, it’s gone. There’s no refurbishing it as it’s effectively impossible to machine its surface with any measure of precision.

DMFs are expensive, and replacing one on older cars can put a serious dent in your pocket. The often prohibitive replacement price is exactly why some people are looking into single mass flywheel conversion kits. The real question is whether the money saved is worth it? Let’s find out. 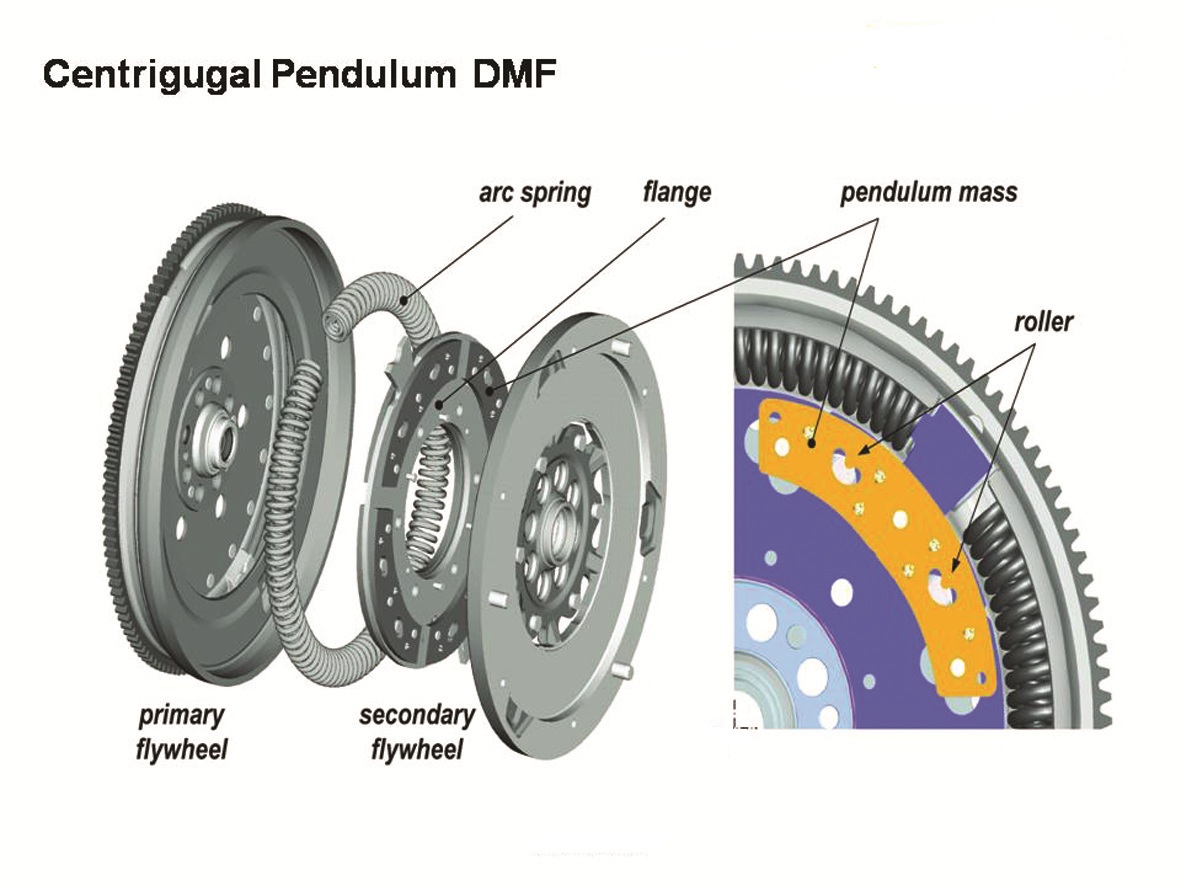 Single mass flywheels are designed to replace DMFs by meeting the same or similar dimensions without internal complexity. Instead of having two masses moving independently, you now have a solid metal slab connecting your clutch with your crank. Installing a conversion kit isn’t necessarily hard either, which is another plus. However, it’s essential to understand the pros and cons of such a decision before you commit.

Is It Worth Doing the Conversion?

Switching from a DMF to an SMF will completely change the driving dynamics of your car. You’ll have to apply more gas, and your gears will feel different. Add the increase in noise and vibrations, and you end up with an experience that can get real old, really quick if you commute every day. While the savings might look tempting at first, the long term effect of the conversion is rarely worth it for an average driver.

That being said, there are applications where a single mass flywheel makes perfect sense. SMFs are rough at low RPMs and idle, but they are excellent when you spin them up to speed. That’s why you’ll often see them in track cars. If you’re building a project vehicle for track days or racing, an SMF could be a valuable asset. This type of flywheel can take the abuse of frequent launches and violent gear shifts. The same cannot be said about the dual mass unit. At the end of the day, the decision is ultimately yours.

How to Find Quality Flywheels for your Car?

To find a quality flywheel for your vehicle, simply head over to our online store page and type your vehicle’s details into our navigation tool.

Our system will use that information to show you all of the parts and products that fit your car. If you have any questions regarding our selection of parts, whether the part will fit your vehicle, and more, give us a call. Our customer service is standing by to offer whatever help you need.