The BMW SULEV Question – Are Super Ultra Low Emission Vehicles Worth It?

Ecology has had a massive impact on automotive engineering over the years. We’ve reached a point where our need for safe transportation came head to head with the ecological consequences of having millions of ICE vehicles milling around the globe. Different countries and states started implementing different rules to address the issue.

California enacted the somewhat notorious Super Ultra Low Emissions Vehicle standards, which were later adopted in part by the federal government. BMW SULEV technology is arguably one of the most interesting results of these regulations. It was effective, but at what cost? Let’s find out.

What Exactly Is SULEV Technology?

Eco-friendly cars and strict emissions standards are something people generally associate with Europe. As it turns out, California is the promised land for those who think cars should emit cleaner fumes. The whole SULEV or Super Ultra Low Emissions Vehicle standard started in Cali to keep metro areas free from harmful particles.

This comes as no surprise considering the traffic density of Los Angeles, San Francisco, and other highly populated cities in this state. However, the whole SULEV situation had thrown a wrench into the cogs of the automotive industry when it first appeared. This standard quickly became the norm back in the early 2000s, forcing car manufacturers to adhere to new rules if they want to sell cars in California or simply pound sand.

Designing a 90% “cleaner” vehicle than the existing LEV (Low Emissions Vehicle) was a challenge for everyone, including BMW. The giant from Bavaria wasted no time. They have quickly redesigned a part of its lineup to meet the new demands, starting with the 2003 BMW E46 3-series. 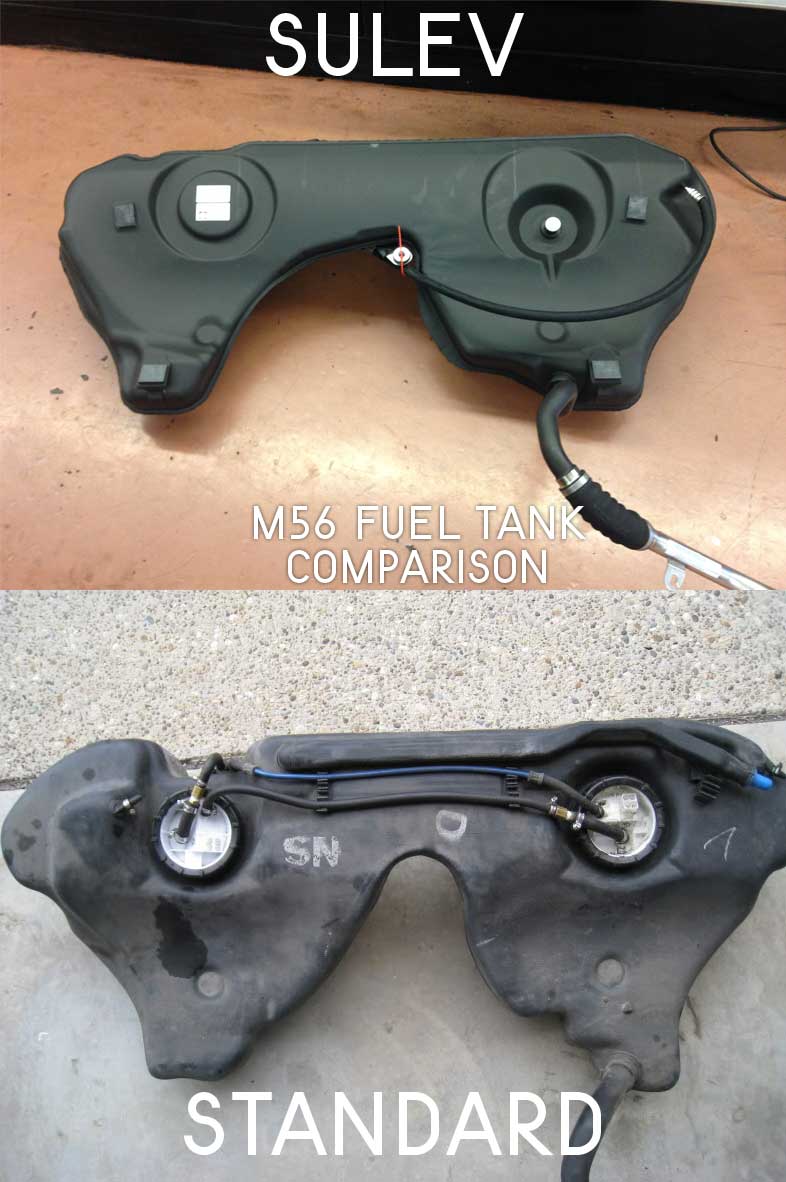 BMW was one of the many car manufacturers that immediately jumped on the SULEV issue, looking for a quick fix solution. The company wasn’t about to design a whole new engine just to meet the ever so strict emissions standards, so they decided to modify their existing lineup instead.

The first engine to be revamped is the legendary M54. This inline-6 powerhouse was the go-to option for a full range of BMW’s lineup at the time. It was the obvious choice for a SULEV conversion.

The newly redesigned motor was labeled M56 and installed in cars sold in states where SULEV was the norm. However, as time went by, the M56 started showing sure signs of weakness.

It was more complicated than the M54 due to the increased emission standards requirements, but the M56 suffered from many of the same issues as the M54. The only difference is, those issues were more expensive to fix on the SULEV versions.

A great example of this would be the valve cover. To meet the SULEV norms, BMW went ahead and swapped the composite valve cover for an aluminum one. The M54 has a known issue where it twists the valve cover, causing oil leaks. The aluminum one doesn’t leak because it was, well, made of aluminum.

But, the crankcase ventilation valve that comes built into the cover was its own weak point. Here’s the kicker — BMW wouldn’t let you replace only the broken valve. Despite assigning a part number for this component, you can’t order it. Instead, you have to get a whole new valve cover.

Another thing that changed was the fuel rail as well as the injectors. BMW used a whole different setup on the M56, which means that your going after relatively rare parts (read more expensive), should any of the injectors start to give you trouble.

Overall, if you’re going to buy a 325i or 330i E46 3-series, make sure that the car you’re getting isn’t a SULEV version. Even though BMW only sold these in California, Massachusetts, New York, and Vermont, you’ll sometimes find SULEV versions in other states as their owners migrated.

What Makes a BMW Car SULEV?

Although the M56 was the first of its kind, it wasn’t the last. BMW’s SULEV range evolved over time. The engine itself is just a part of a much larger puzzle. There are many more components that had to be redesigned to boost emission performance.

The fuel system overhaul on SULEV cars is probably the main culprit behind the less than stellar reputation of BMW’s early SULEV vehicles. If we go back to the infamous M56 E46 3-series, we’ll find a completely closed fuel system that features an integrated fuel pump as well as an integrated “long life” fuel filter — both located inside a closed fuel tank.

In other words, you can’t access any of these components. Instead, if your fuel pump failed, you had to get a whole new gas tank, which was an $8,000 job at the dealership. Compare that to a simple fuel pump replacement job on a standard E46 3-series, and you’ll understand why M56 fitted cars are disliked, to say the least. Also, as these cars are nearing the 3rd decade of their existence, those so-called long-life filters are mostly clogged up by now.

Fortunately for everyone, BMW saw the error of their ways and made some much-needed changes to the E90 that came after the E46 3-series. Although upgraded and beefed up, the fuel system on E90 and later models are much easier to service.

Next, we have the intake system with an upgraded air box. BMW’s SULEV vehicles come with an additional carbon lined filter whose job is to keep the excess hydrocarbon buildup from finding its way into the atmosphere. The PCV system is also different on these cars and features a few more components and complications.

The exhaust on SULEV cars is a whole different beast compared to the regular versions. BMW went ahead and installed a catalytic converter at the very end of the exhaust manifold. They’ve also fitted certain cars, such as the E46 3-series, with dual downstream cats and upstream oxygen sensors.

Cats on these cars also require a warmup before they can reach their maximum efficiency. They are built to burn the highest amount of residual particles when the entire system has reached the optimal operating temperature.

When it comes to the cooling system, BMW SULEV cars use a few special components. For one, the radiators are different.

They feature a special manganese oxide coating and come complete with an integrated sensor built into the radiator’s core. Needless to say, you can only use this special radiator if you need to replace yours. Using a standard radiator will result in your car throwing codes. 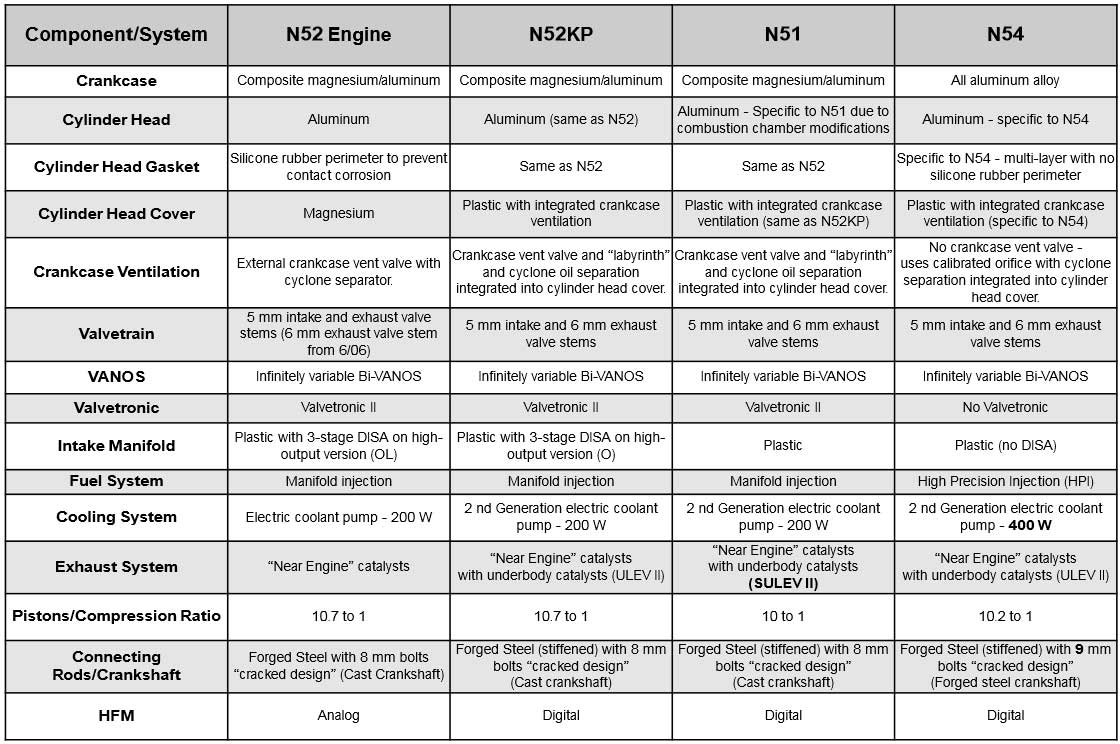 The Benefit of SULEV Cars

So far, we went pretty hard on the whole Super Ultra Low Emissions Vehicle concept. Sure, one of these can turn into an endless pit of despair when things go sideways, but there are also a few benefits to these cars.

The entire world is in the middle of experiencing a paradigm shift when it comes to technological progress. Any future technological development will need to have an ecological component. By operating a SULEV vehicle, you are becoming a part of the solution.

Even though this might not sound like much from your perspective, that little dent your car is putting into the whole global warming issue matters. It’s a snowflake in a growing snowball that is slowly but surely gaining inertia.

How to Tell If Your BMW is a SULEV Model?

Recognizing whether your car is SULEV or not is easier now than it used to be with the first E46 3-series models. With those, all you need to do is pop the hood and take a quick look at the valve cover. If it’s aluminum, your car is a SULEV.

With more modern models such as the E90, F30/31 3-series, and others, there are fewer visual indicators. The absolute best way to check is to look for the emissions tag in the engine bay. Depending on what car you drive, that tag will literally state it’s a SULEV vehicle, or it will list the engine designation. If you know which engine is in your car, you can view the super ultra-low emission vehicle engines online and see whether yours is on there. 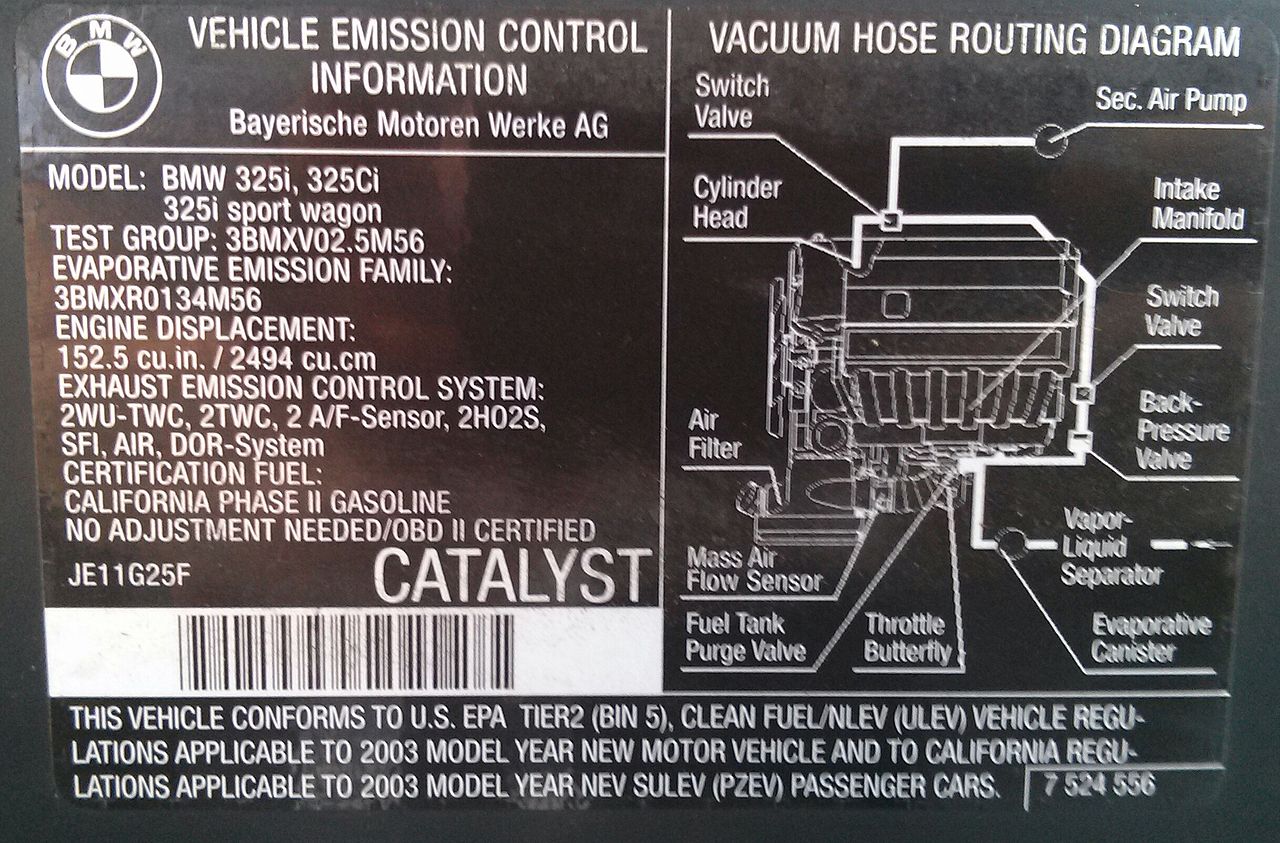 Buying a used BMW is a process that usually requires a lot of homework unless you want to end up with a problem that may not be fixed even if you start throwing parts and money at it. It’s no secret that these cars are on the expensive side as far as maintenance goes. If you live in California or any of the states that impose the SULEV standards for emissions, your only option is to accept that your maintenance will be more expensive.

But, if you live outside these states and have the option to buy a non-SULEV BMW, do so. You’ll save yourself a lot of money and headaches on repairs.

Here at eEuroparts.com, we care for all BMWs, including SULEV ones. To find Genuine and OEM parts for your exact vehicle, meaning your specific SULEV version of common BMW models, head over to our online store. Make sure to input your car’s data as accurately as you can into our navigation tool.

Once you do that, our system will drop a list of parts that match your car. If you have any questions or if you’re not sure whether a specific part will, in fact, fit your vehicle, don’t hesitate to get in touch with us. We’ll help you find the right car part and get your beemer back on the road.

19 thoughts on “The BMW SULEV Question – Are Super Ultra Low Emission Vehicles Worth It?”