BMW VANOS Explained – How It Works, Symptoms, and More!
↓ Skip to Main Content

If you own a BMW produced from 1992, and onward, the chances are that your car comes with BMW VANOS variable valve timing system. Valve timing is one of those things that can define your engine’s performance, efficiency, and overall power. Today we’ll talk about the VANOS system, how it works, how to recognize issues, and more.

Although a relatively simple device, a VANOS system is a potential failure point in high-mileage cars. Knowing how it works and how to recognize symptoms of failure is essential if you want to keep your BWM in perfect driving condition.

What is Variable Valve Timing and Why Does It Matter?

Back in the old days, engines were analog, simple, and rigid. While there are still many of us who feel nostalgic for those times, we also recognize that “simple and rigid” doesn’t necessarily mean better. In the olden days, engines were straightforward – the crankshaft drove the timing chain, which drove the gears that ultimately turned camshafts. In other words, your choice of camshafts would dictate your valve timing and, finally, the type of performance you got.

On paper, that sounds great. However, there was little to no flexibility in dialing in valve timing. You could choose between low-end torque and high rpm performance. Rarely were there options that would offer both.

Have you ever pulled up on a vintage muscle car on a red light and notice that it’s idling so rough it could stall out at any moment? The cause for such rough idle is often loping cams that cause a slight overlap between the intake and exhaust valve timing to get better performance near the top of the RPM range.

Finding a Modern Solution That Works

But how do you ensure optimal performance in both low and top end of the RPM range? The only answer is variable valve timing.

Different brands use different systems. BMW has VANOS, Honda has V-TEC, etc. The idea remains the same. Adjusting the valve timing progressively as the engine goes through its RPM range allows for better performance, efficiency, and fuel consumption. VVT is one of the technologies that have greatly improved fuel economy in modern cars. 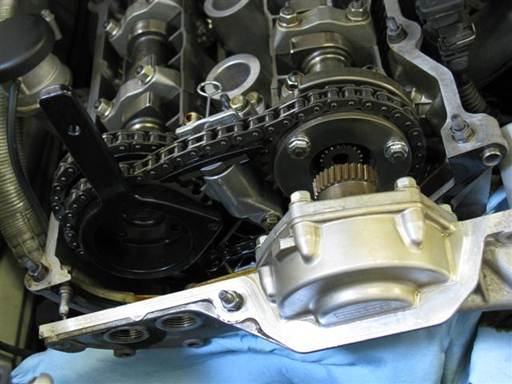 The way BMW went about solving the variable valve timing puzzle is simple yet ingenious. If you’ve ever wondered what VANOS stands for, it’s “Variable Nockenwellen Steuerung,” which literally means Variable Camshaft Timing. The entire system is based around solenoids, oil, and helical gears.

The first thing you need to know is that the camshaft gear and camshaft itself are fully independent. As your engine moves up through the RPM range, a solenoid valve is activated and pushes the oil through the system, which eventually activates the helical VANOS gear. The gear slowly moves into the slot between camshaft gear and cam itself. Since it has splines on both the inside and the outside, VANOS gear physically connects the cam gear and the cam itself.

The reason why these splines have a twist to them is to allow for progressive variable valve timing adjustment. The further the gear goes into the slot between the cam and camshaft gear. The more angular adjustment is exerted on the camshaft. We’re talking several degrees at most, but that’s plenty enough to get the job done.

This angular adjustment is what controls the overlap between the intake and exhaust valves.

The initial VANOS system was introduced in 1992 on BMW’s M50 series of engines. Often called Single VANOS, this setup only affected the position of the intake valves while the exhaust side was linked via a chain sprocket setup. Four years later, in 1996, BMW introduced the Double VANOS system that adjusted the position of both the intake and exhaust valves individually. The best way to figure out whether your car has a single or double BMW VANOS system is to check your engine code online. 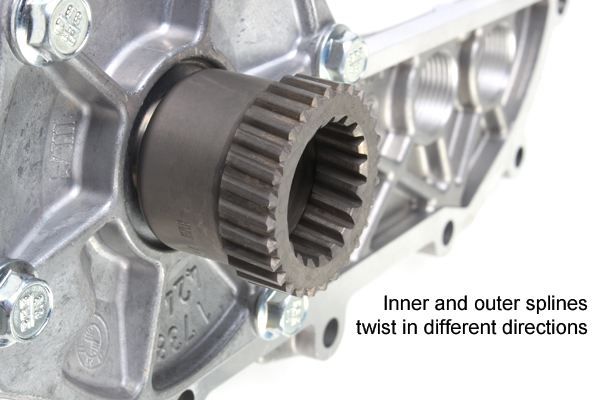 How Does VANOS Work?

Now that we know what VANOS is and how it physically adjusts the camshaft position, let’s find out how it works as your engine moves through its RPM range.

At idle, VANOS gear is completely retracted and does not affect valve timing. As you step on the gas pedal and start moving through the RPM range, the solenoid is activated, pushing the oil through the system. With the rising oil pressure, the VANOS gear starts inserting itself between the cam gear and the cam. As a result, you’re getting and overlapping intake and exhaust valve position, which allows for exhaust gas recirculation – an operation that improves emissions at cruising speeds.

Once the engine moves into the higher RPM range, the VANOS gear slowly retracts. By doing so, the overlap between the intake and exhaust valve is reduced, allowing for maximum power.

Now imagine how many times the solenoid pushes that gear in and out of the camshaft during an average drive? 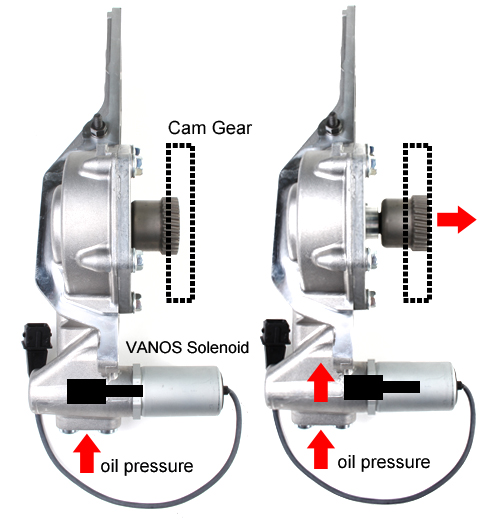 The VANOS solenoid opens, allowing the helical gear cup to push forward and change the orientation of the cam in relation to the gear a number of degrees.

Although ultimately simple in design, VANOS systems are prone to wear over time. The fact that those solenoids are working hard day in, day out means that the whole system has a limited lifespan. As a matter of fact, you’re probably looking at VANOS seals replacement at around 50,000 miles while the entire system needs to be serviced or maybe even replaced not long after.

Since these systems are just about guaranteed to go at some point, it’s worth knowing when to replace them. There are several symptoms to look out for:

A failing VANOS system can significantly change the way your car runs, and fixing it is one of those things you don’t want to procrastinate on. There are plenty of cheap replacement solenoids or even entire systems that often come from China. Although affordable, installing these components is an excellent way to cause a whole slew of other issues.

We can’t emphasize enough how important it is to use genuine BMW replacement parts. Our genuine BMW parts come with a warranty and are guaranteed to deliver the necessary performance, durability, and quality.