This weekend was the annual Saab Convention, commonly known as the SOC, where the North America Saab Club pairs up with a local chapter to put on the big one.  This year, the crowd went down to Georgia to show off classics, projects (both finished and somewhat in progress, and new generation Saabs that they had been working on during the year.  This is one of those thousand mile shows that people pack up and ship out great distances to be a part of.  That said, it isn’t a Saab convention without a few broken down cars, but a little more on that later.  First I want to get to the reason why we would end up in such a climate. 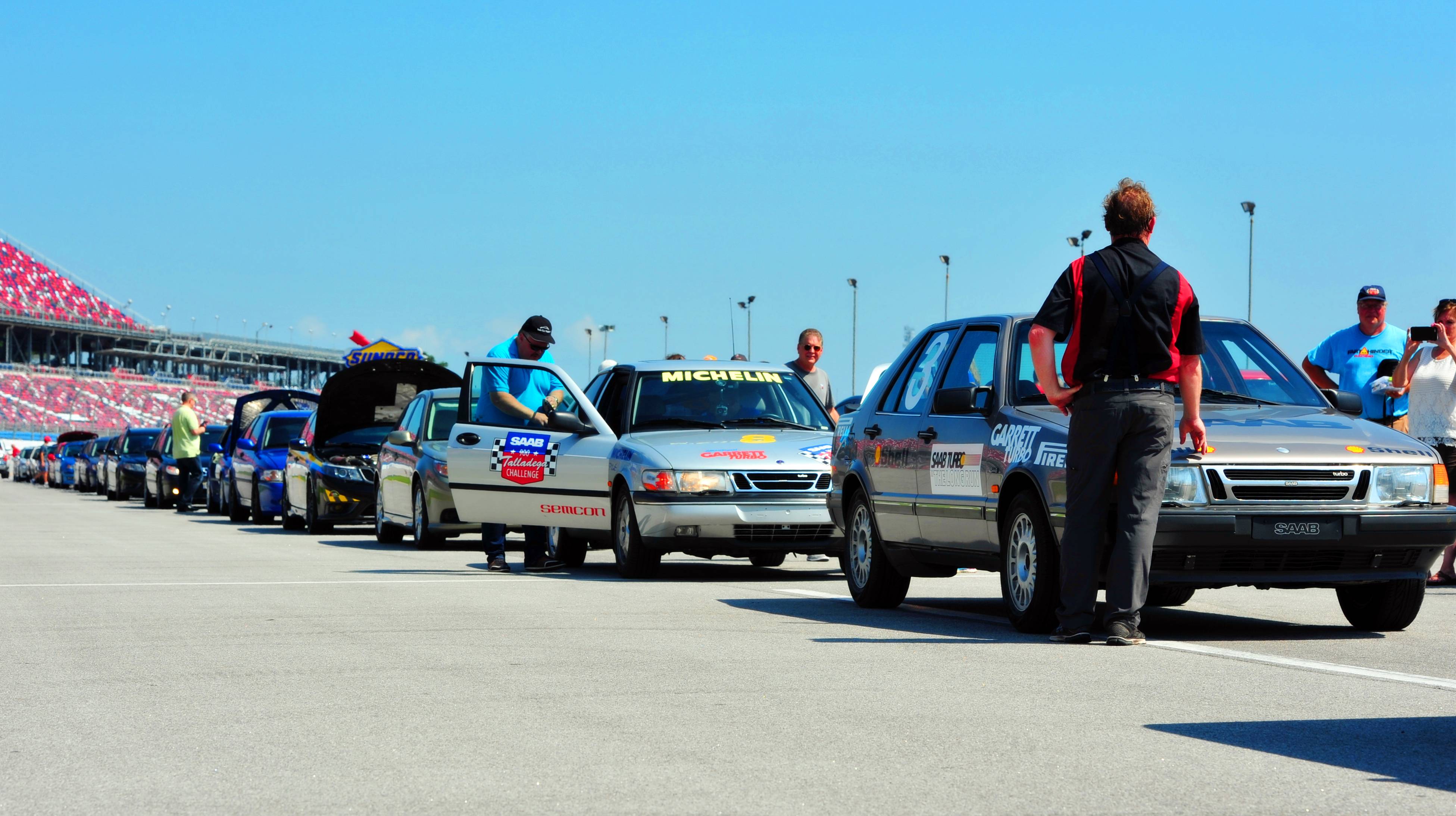 This was the anniversary of something truly special in the Saab world.  1986 was a good year.  First off I was born, and that definitely counts for something (we will skip the Chernobyl and Challenger disasters), and Saab took part in an event that seems baffling today involving a racetrack and a few Saab 9000’s.  The event was a long term high speed test, the racetrack was pre-Ricky Bobby Talladega, a 2.66 mile super speedway with 33 degree banked turns and a capacity for nearly 80,000 screaming fans.

However, for this one the only sounds to be heard were the engines and tires of a few Saab 9000 Turbos as they drove a sustained 137mph for…get this….20 days and 20 nights straight.  Each of the three test cars covered around 3,000 miles per day, and after the event was over, had used around 400 Pirelli tires and over 26,000 gallons of Shell fuel.  The Saab factory sponsored program was run in part by Olle Granlund, head of the drivetrain department at Saab, with a large team of supporting Saab factory race drivers, mechanics, and crew.  At the end, with a few records made, Saab was happy with the way everything went and the production of the 9000 carried on.

In 1996, Saab came back, this time with the NG900 and (slightly more power) to do it again.  eEuroparts’ own Tim Winker was one of the drivers chosen for media representation, having a motorsports background of his own.  You can read more about these incredible events (and you should) at this link. 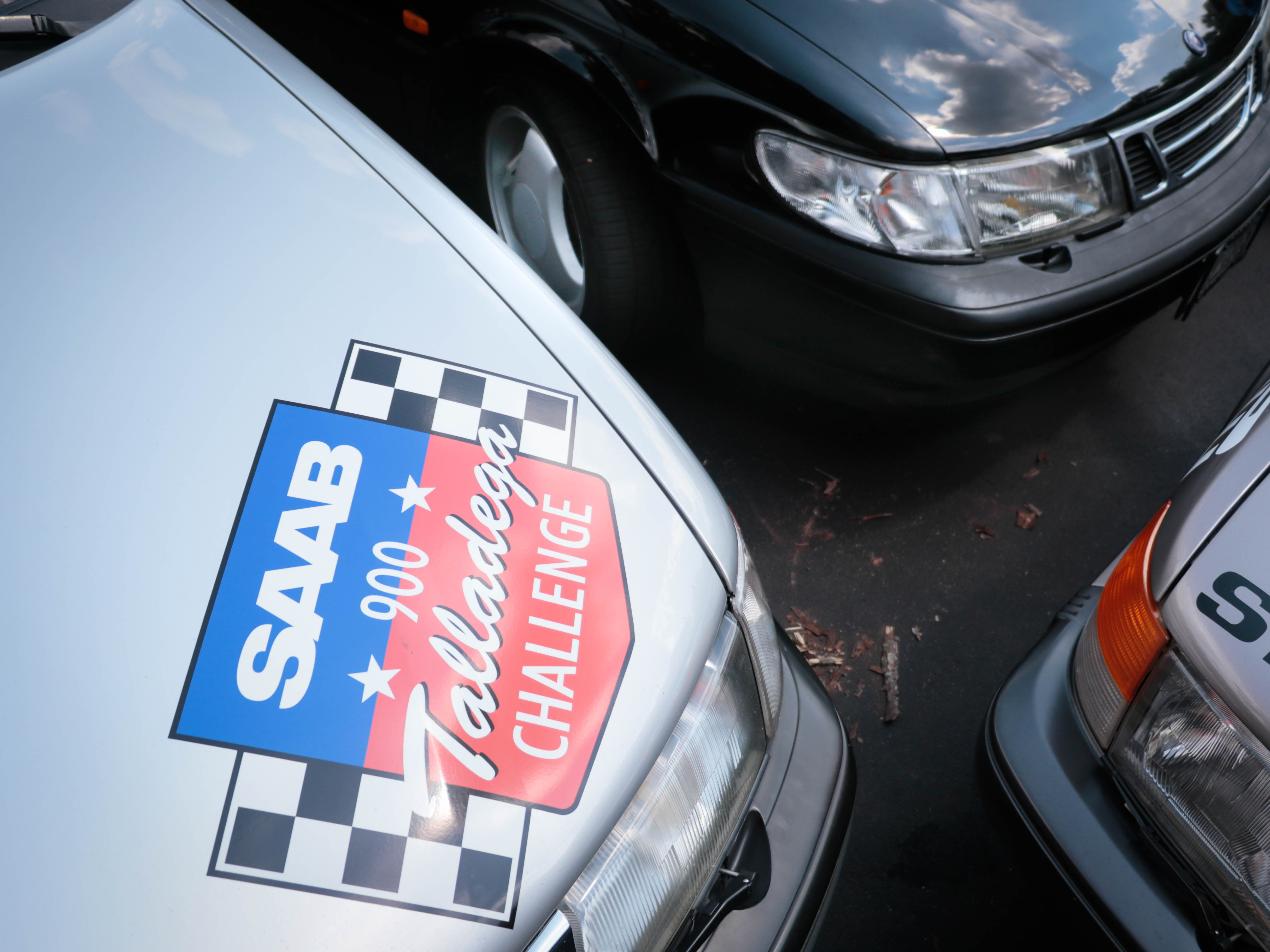 Jumping back to present day in 2016, the Saabs would once again return to Talladega, about 2 hours away from the convention site in Stone Mountain, Ga.  Those lucky enough to be present early on Thursday morning got together for breakfast, and convoyed out to the legendary track to drive well into triple digit speeds with their own Saabs.  With Olle Granlund and Tim Winker present as ushers, the morning went without a hitch.  Pulling onto the track and approaching the first banked corner, you feel like you are either going to roll over or slide right off the track.  At over 100mph on a 33 degree banked curve, you no longer feel as if you are going around a corner.  The sensation is more as if you are driving in an endless rollercoaster loop, with the g’s holding you straight to your seat and the road curving upwards in front of you. 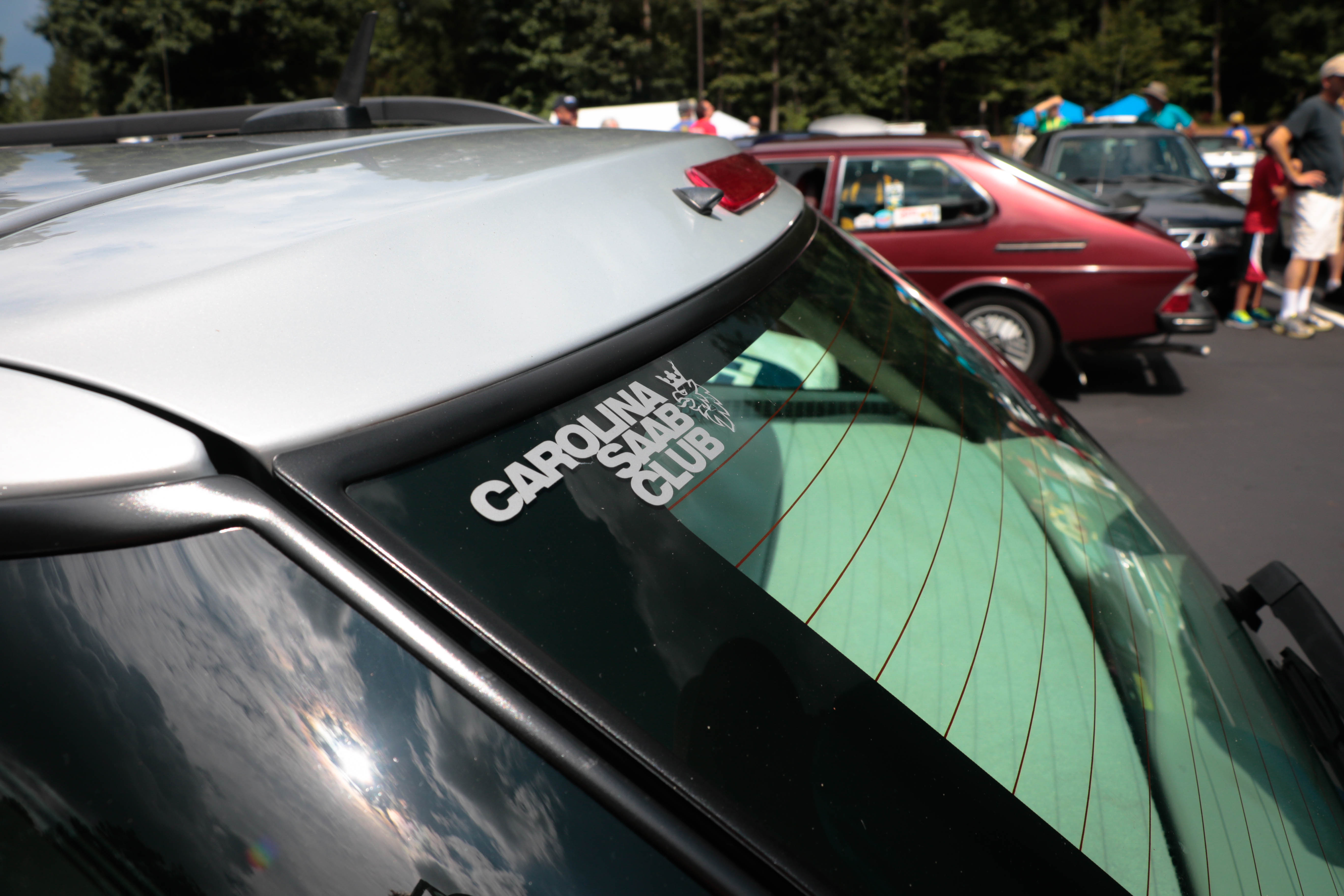 Two of the cars that were present for ‘The Long Run’ and the subsequent ‘Talladega Challenge’ made it out to the track that made them famous, something truly special to behold.  After the event was over, the group headed back to Stone Mountain to begin the festivities. 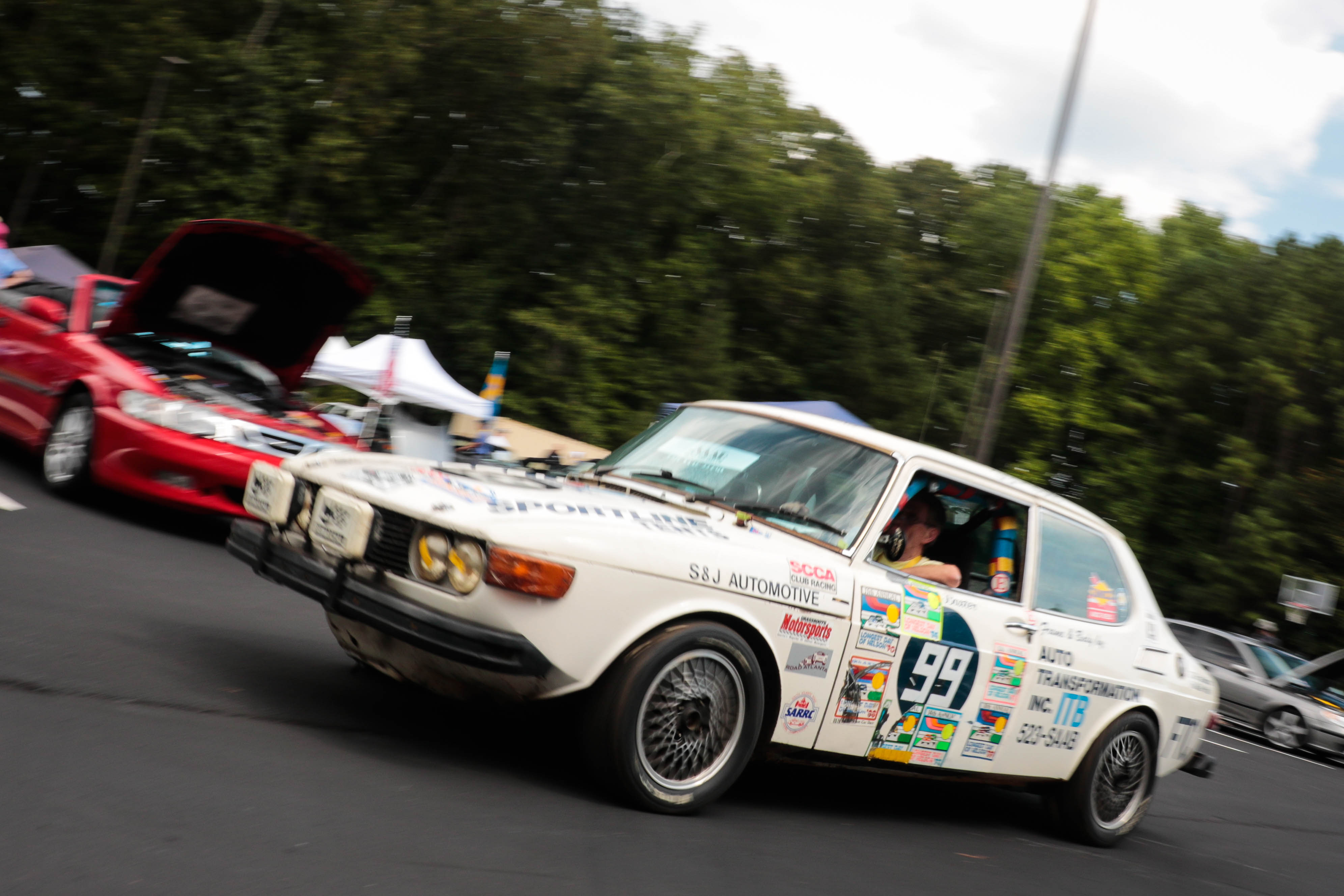 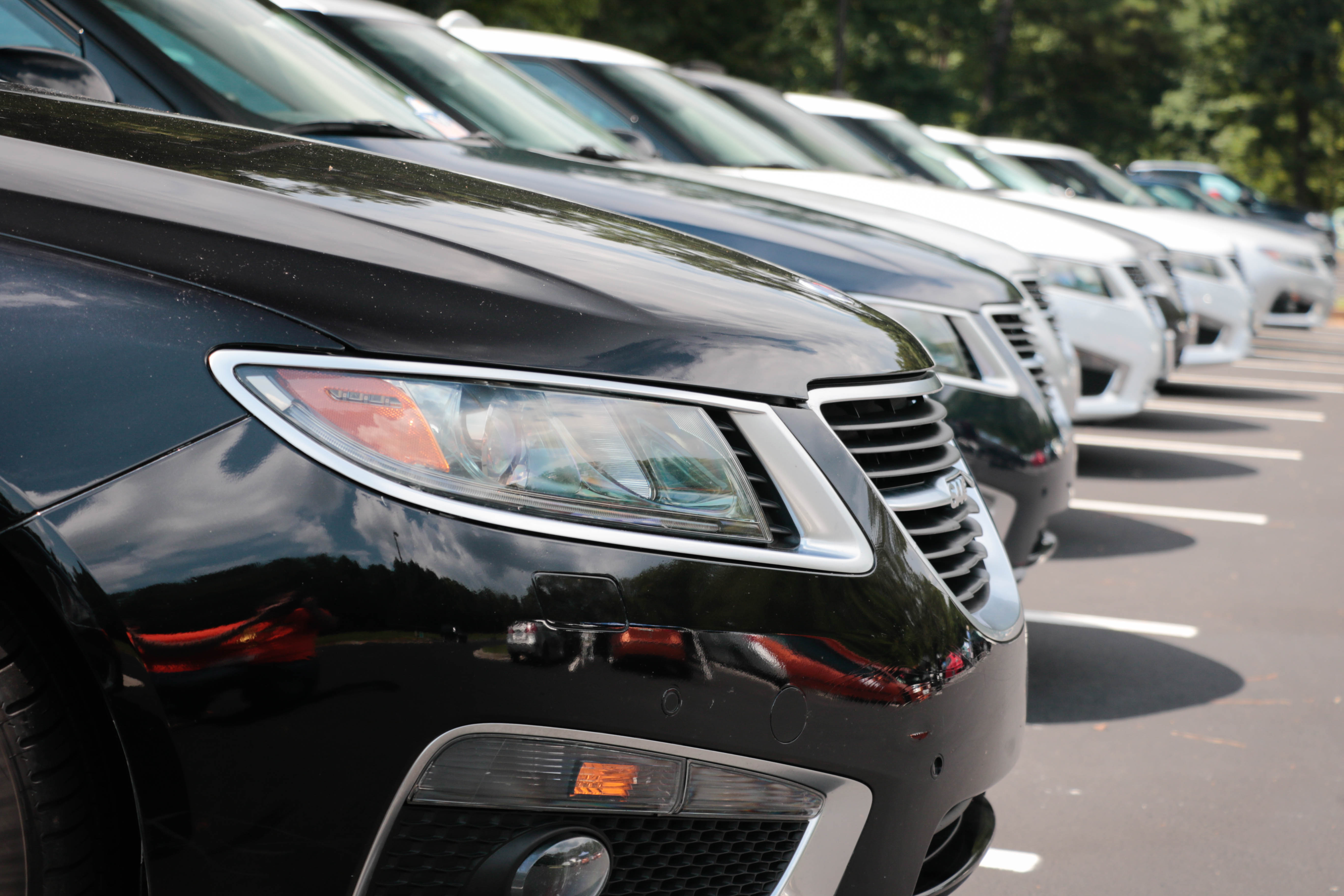 The heat was sweltering, maxing well over 100f in the shade and rarely dropping below 95F during the day.  I’m sure this dissuaded several historic models from making the trip out due to weaker cooling systems (designed in Sweden), as the showing was a little light.  All these owners seemed to have taken their new generation Saabs instead, and the showing of late model cars was huge.  I don’t think I have ever seen so many NG9-5’s in my life. 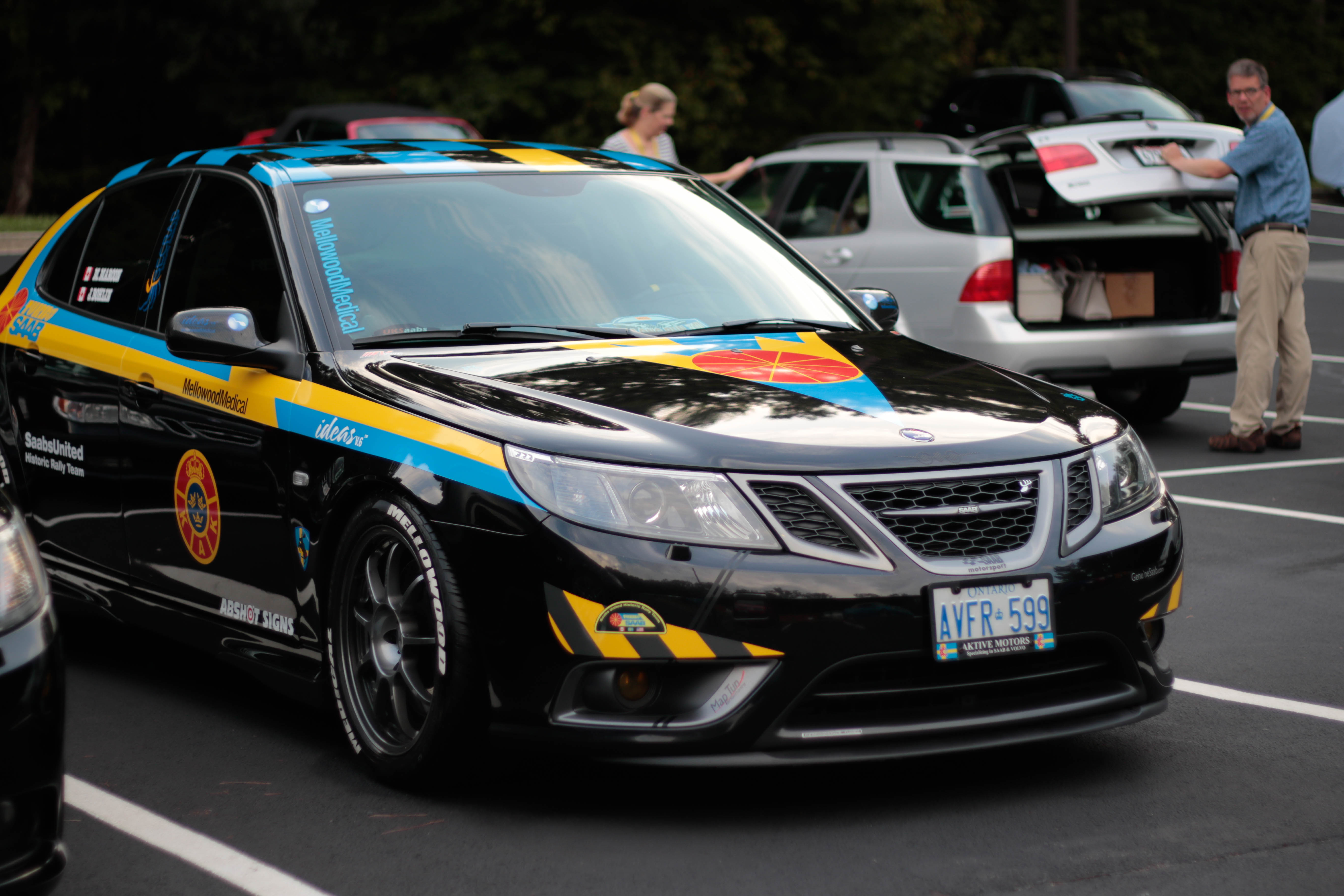 Among the rest of the group was a pile of Viggens, from heavily modified to very stock, as well as 2 Sonetts, a handful of 900’s, a few 96’s, a 93, and a racing 99 brought by S&J Automotive.  Ben Choiniere showed up in his spectacular 99 turbo that he drove, once again from Rhode Island.  Talk about a long road trip without AC.  His intense attention to detail ensured a trouble free drive. I was a little disappointed that I wasn’t able to drive my 9-5 Aero to another one of these, but it was also quite nice to hop onto an airplane after lunch and be home in time for dinner. 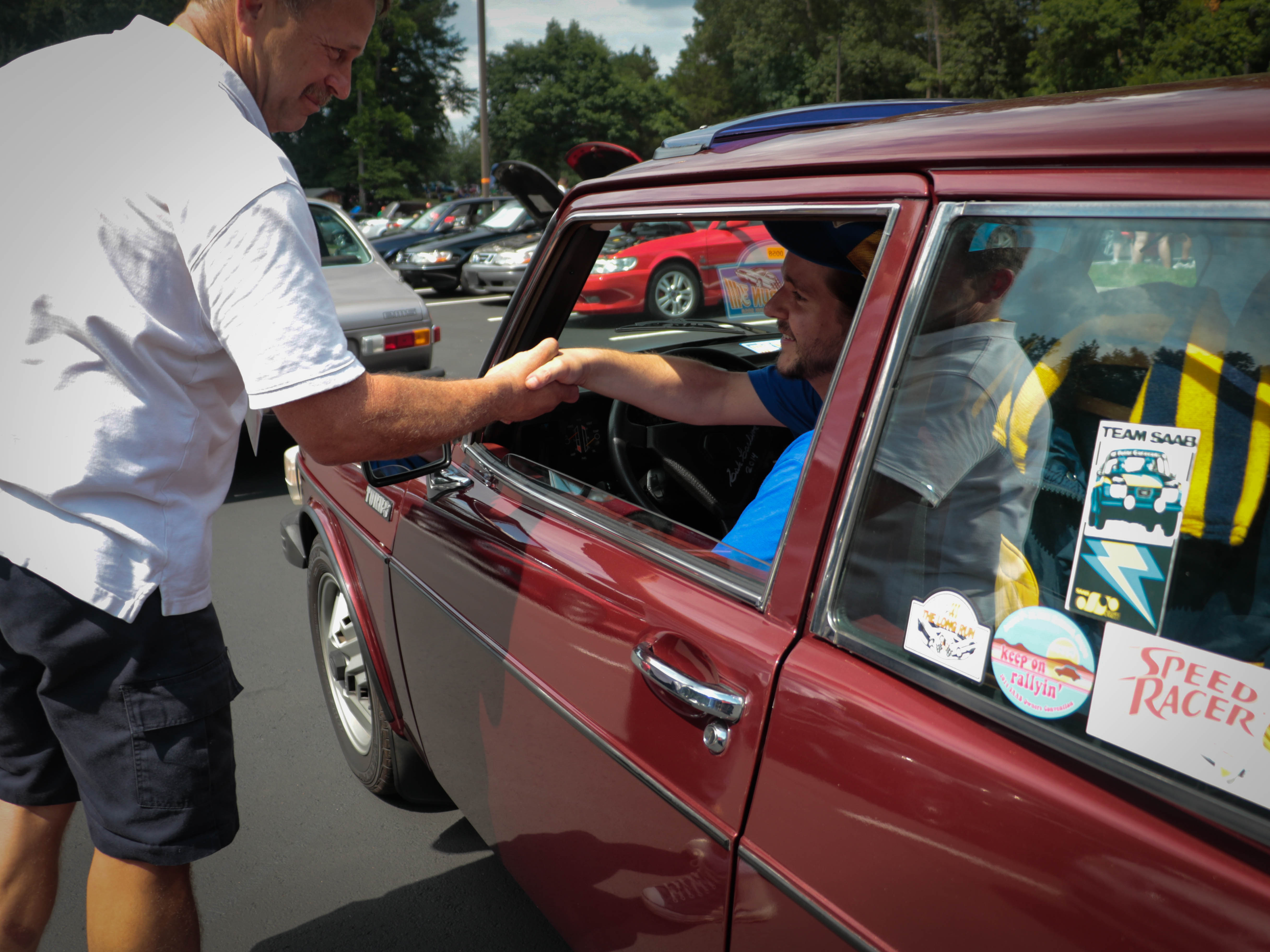 In addition to the actual car show was a set of seminars that you really could only get at an event like this.  Orio was there to discuss the future of Saab parts, as well as a few specific things like C900 ignition cylinders and NG9-5 driver side tail lights. 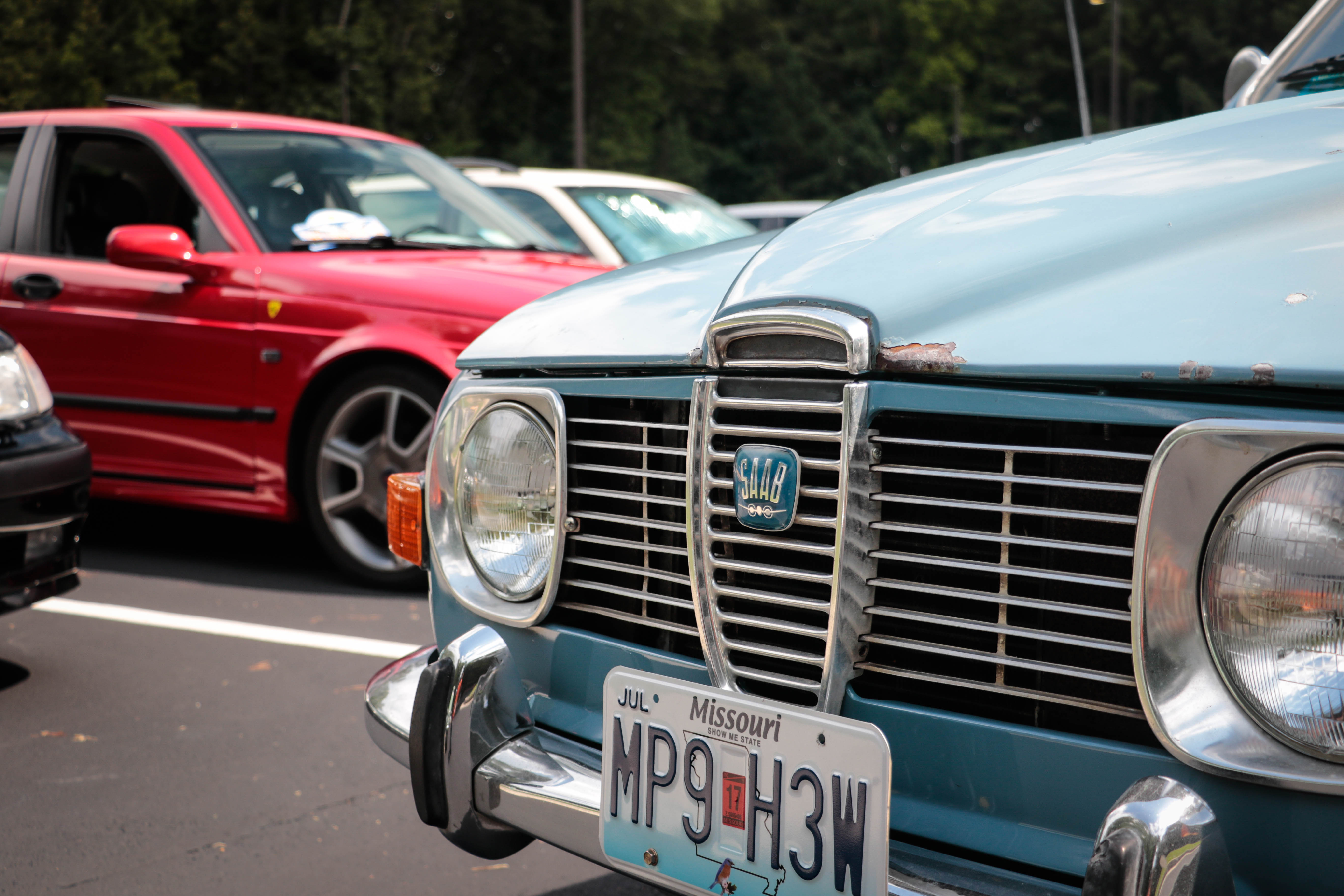 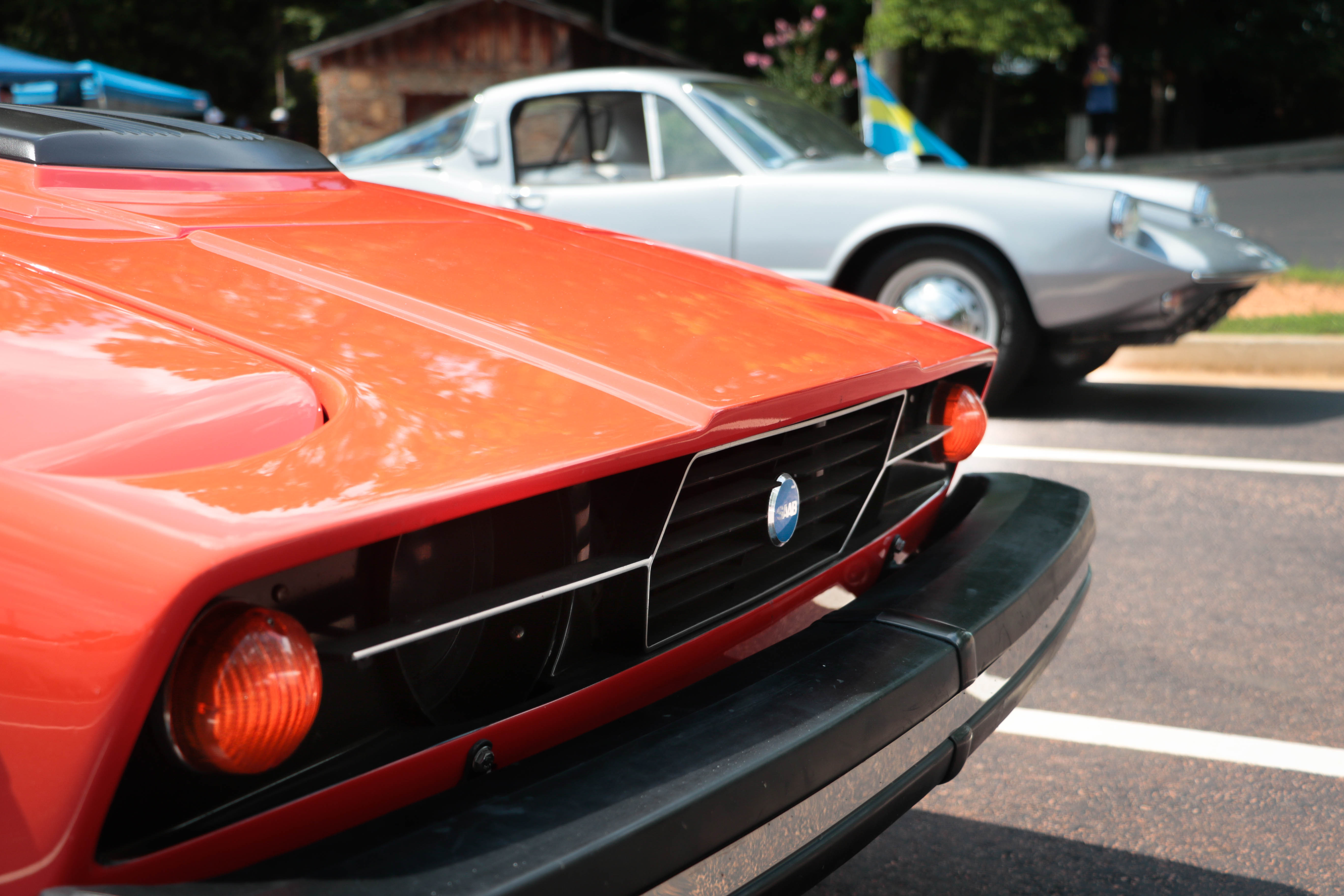 Next year we will be in Los Angeles, where it will most likely also be very hot.  All you classic drivers that are afraid of overheating and breakdowns, check out Evans Cooling, which is a waterless coolant designed for weaker (old) cooling systems.  Without the use of water, you don’t have to worry about high expansion and pressure stressing out your hoses, radiators, water pumps, and head gaskets. 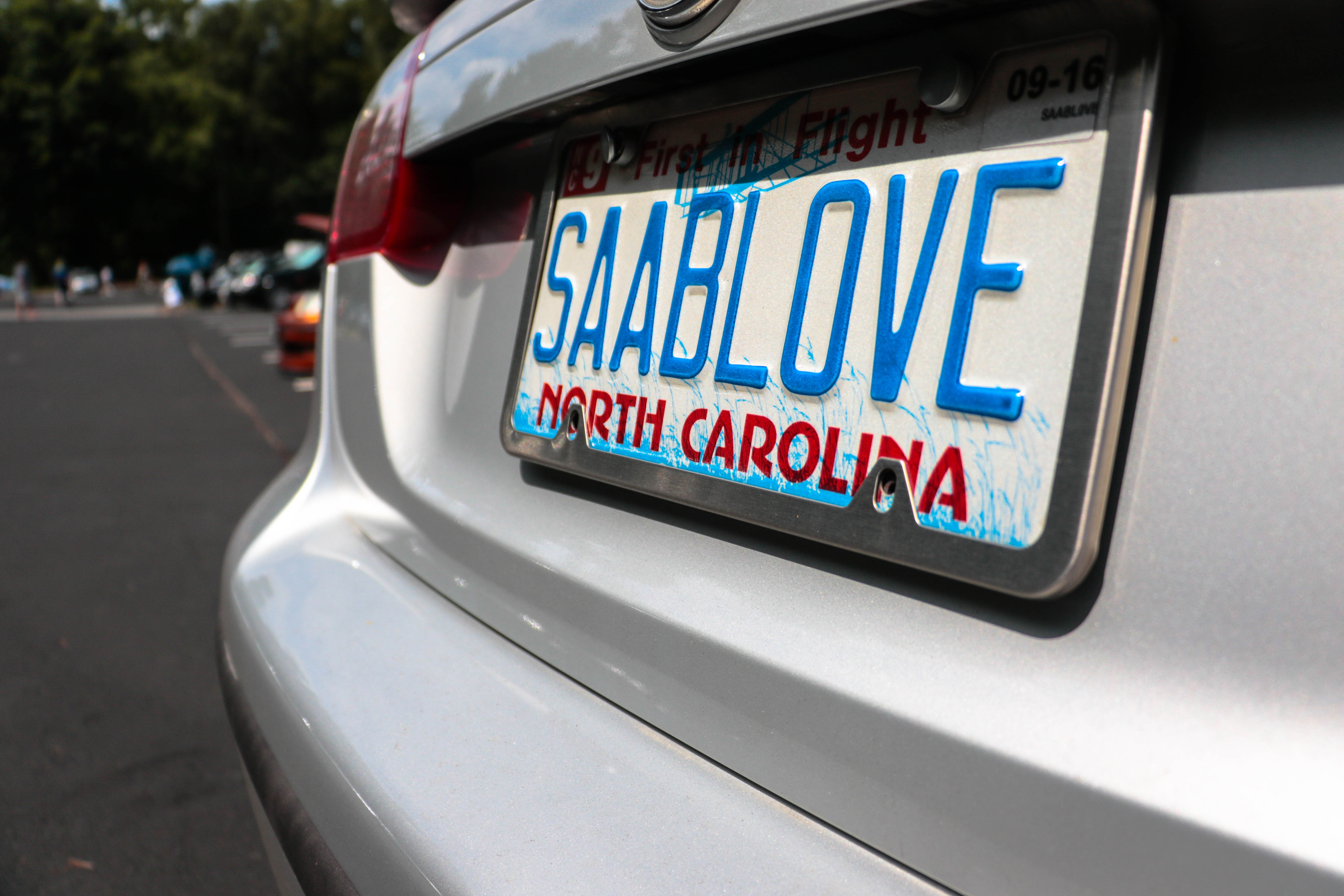 Until next time, another Saab convention in the books, and another photo gallery online.  Again special thanks to Zhou Guangyi for his pics from Talladega.  Check out the link below for the short photo gallery! 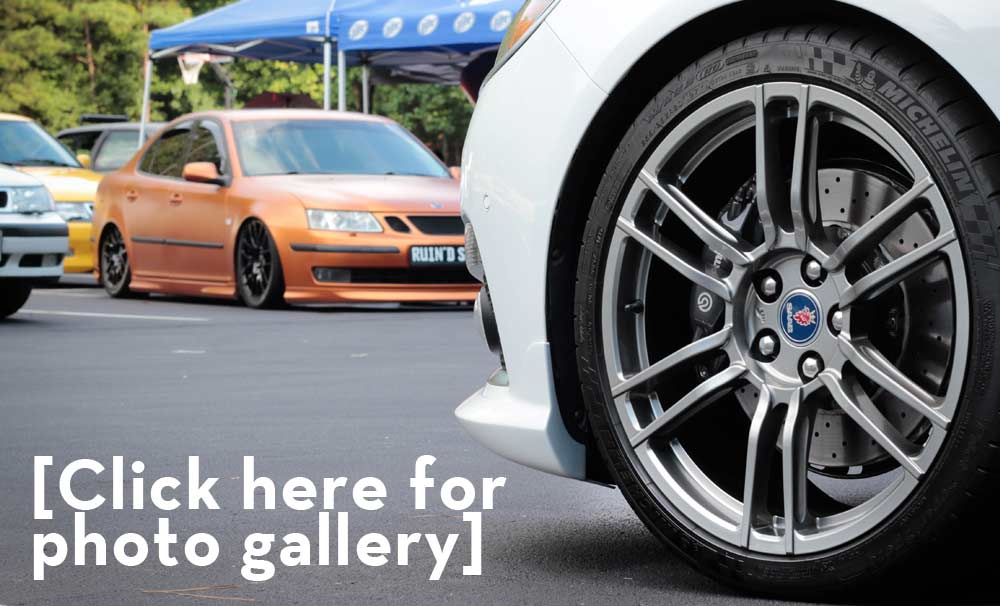