SAAB’s Variable Compression Engine – Too Strange To Live, Too Rare To Die

When it comes to big inventions regarding internal combustion engines, not much has changed in the last few decades. We’ve seen improvements in fuel delivery and a massive spike in electrical systems. However, the core of internal combustion engines has remained the same. Today a lot more is invested in the research and development of more efficient engines that can provide more power, better fuel economy, and lower CO2 emissions.

Not many know this, but SAAB was spearheading the fight for efficiency two decades ago with its variable compression engine. It was a revolutionary design back in the day, but one that never left the prototype stage. Here’s its story.

History Of The SAAB SVC Engine

SAAB Automobile AB is a former car manufacturer that unfortunately closed its doors due to bankruptcy in late 2011.

SAAB was founded in 1945 in Sweden, with the first production car being launched in 1949. For 50 years, this brand has been recognized worldwide for its innovations in the automotive industry, but also the durability of its models.

At the beginning of the new millennium, SAAB wowed automotive enthusiasts with the experimental variable compression engine called the SVC. It was a 1.6-liter supercharged engine that could put out a staggering 225 hp and 225 lb-ft of torque!

The thing that made the SVC engine so special is the fact that it could automatically adjust the compression ratio, making the engine extremely efficient, yet powerful. 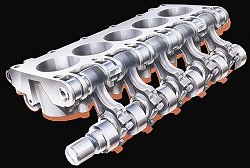 At the time of the reveal, the new concept promised some outstanding numbers, one of them being the 30% drop in fuel consumption compared to similar displacement engines. This is a pretty significant number, especially considering that SAAB was able to extract 225 hp at the same time.

When it comes to power, no one expected more than 220hp from a 1.6-liter engine. When SAAB announced the new variable compression engine, there was a lot of talk about whether the numbers are genuine or not.

Supercharging such a small displacement engine wasn’t deemed practical, especially because of the pressure from the supercharger. Yet SAAB has found a way around the issue by selectively boosting the pressure depending on engine load.

When used at low to medium load, the engine operates like any other naturally aspirated engine at the highest compression ratio, maximizing fuel economy. When you push the throttle, the cylinder head moves thus extending the size of the combustion chamber.

This is also when the supercharger kicks in, adding some 2.8 bar of boost. As a result, SAAB was able to extract up to 150 hp per liter of displacement without causing engine knock, which is fairly impressive, to say the least.

How Did The Variable Compression Engine Work?

Even though it sounds complicated, the SVC was a fairly straightforward engine. The whole pivoting cylinder head business was simple from an engineering point of view.

The stepping motor used to turn the big cam and ultimately actuate the pushrod arms is simple enough, and the arms themselves are just machined pieces of metal with some bearings in them. 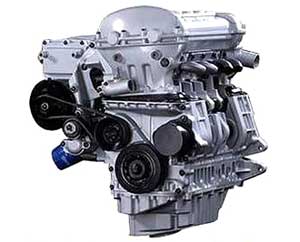 The engine pivots on a heavy-duty hinge, stiff bellows take up the gap, and the intake/cooler/supercharger are all one integrated unit that moved with the entire assembly. Oil and coolant were diverted via a hose to the separated block.

The timing chain was driven with a separate primary drive chain, which had the ability to move without freeing up the slack. The physical rotation affects timing by adding a degree of mechanical advance when switching from high to low compression stages.

The layout was finalized as a 1.6 liter inline 5 cylinders, with a twin screw supercharger built into the intake plenum, alongside an integrated water-to-air intercooler. A version of the Trionic electronic engine management system capped it all off, which, if following SAAB’s naming convention, might have been called something like “Quadronic”. After all, the computer had electronic variable control over the ignition, injection, boost pressure, AND compression ratio. The end result was an engine that could output around 230hp, while lowering fuel consumption by about 30%.

Why Was the Variable Compression Engine Shelved?

At the time of unveiling the variable compression engine, it seemed like this new technology had plenty of potential. Even today, many think it’s a revolutionary way of adding additional power to a smaller engine while reducing fuel consumption and emissions.

Unfortunately, SAAB’s variable compression engine didn’t live to see production not because there was something wrong with the concept, but because of bad timing.

In early 2000, just when the variable compression engine was introduced to the public, General Motors took over the remaining 50% of SAAB Automobile AB. Every SAAB fan remembers the dreaded GM period. 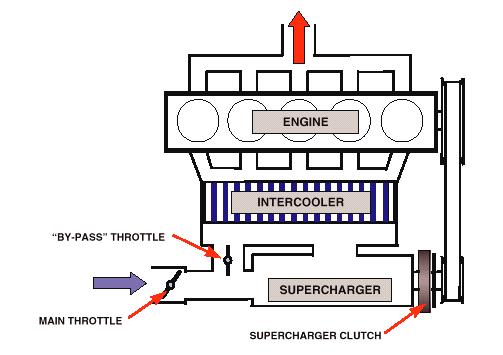 The variable compression engine concept was shelved because GM execs wanted to reduce production costs and developing a new engine concept meant new expenses. Instead, the conventional 2.3-liter T7 engine was used in the 9-5 model.

After the global economic crisis in 2007 and 2008, SAAB had a difficult time remaining solvent which culminated in this company filing for bankruptcy in early 2011, after being sold to Spyker Cars N.V. in 2010.

The interesting thing is that SAAB could have been saved as there was interest from a Chinese consortium to buy the company, but the former owner GM opposed transferring technology and production rights to a Chinese company.

Even though SAAB’s SVC never went into production, the company had installed these engines in several SAAB 9-5s before GM got their paws on SAAB. There’s a rumor that some of these cars are still out there, although such claims were never truly confirmed.