The BMW E38 7-Series line was BMW’s full-size offering when it came out in 1994 as a ’95 model, with the V12 version artfully accepting the role of the flagship. They were large and in charge, and included extended-wheelbase models that ensured the well off executive family man would be able to get his entire family to the country for the weekend in style without having to make any sacrifices in comfort. Nowadays, you can pick up one of these machines for pennies on the dollar. You can get a 1998 BMW 740il (a $70k car when new, mind you) for under $5,000, putting it in a completely different market for the used car buyer.

Because of their age, however, you can’t expect such a complicated machine to come without a few common problem areas. Here are the top 10 BMW E38 common problems you can expect to come across if you have recently purchased, or are looking to buy a used E38 7-series.

BMW claims their transmission is a lifetime fluid fill, but for us savvier of folks, we know there is simply no such thing. All lubricative chemicals will age and lose their ability to do their job after a while. We have a kit that can help with that, H2522XKIT includes the filter and seals that you need, and D4 ATF to refresh your transmission and ensure your car can go hundreds of thousands of miles.

Do you have a check engine light on? Bad off-idle throttle response? Gas mileage suffering? The AMM or MAF (Mass Air Flow sensor as they are also called) is a common failure point, as with many cars. If a good cleaning with some special MAF cleaner doesn’t solve it, the part number for the e38 is probably 13621433567. If you have a V12, you’ll need two of these mass air flow sensors c13621736224. Voila, your engine is back to revving free and running efficiently.

Although essential to keep the fluid topped off at all times, doing a power steering flush is recommended but not necessary. In most cases, a strong maintenance plan will include only replacing the filter. The filter is located in the reservoir, which you must buy as a complete assembly. There are several variations of these reservoir/filter assemblies, so be sure to check eEuroparts.com for proper fitment. It doesn’t hurt to check under the hood of your car if you are unsure if your car has self-leveling suspension (the steering and SLS systems use the same reservoir). Be sure to add the same fluid that came in the system; refer to your owner’s manual. If your car has self-leveling suspension, you need CHF11S, or you will cause damage to the system. Keep your fluid fresh and avoid costly repairs regarding your suspension or steering pump. 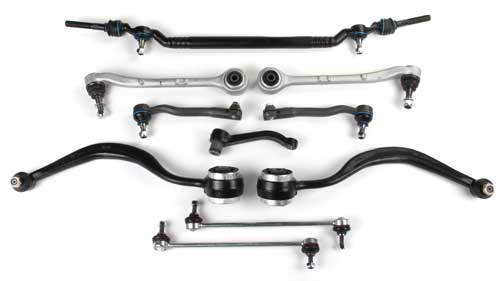 If your steering feels sloppy or has a large dead zone in it, it’s most likely a worn out or failed drag link. Stop the wander and feel all that quality German engineering. These bushings generally last about 100k miles. Check the Idler while you’re crawling around down there, it’s part number 32211141592. If both are no good, it’s safe to say your entire front end needs a refresh. We offer a kit that has all these wear components included so you can replace everything at once and go another 100k miles.

BMW’s of this vintage all tend to have problems with their heater control valves, and associated plumbing tucked up on the firewall. The BMW E38 is no exception, and when this valve fails, so will your heat. The valve is on the pricey side, but it’s strictly not available at the time of publishing in an aftermarket solution, so it depends on how cold your winters are! The part number is 64118374994.

Whistle while you work…. not while you drive. The jack blocks are simply four rectangular chunks of rubber fastened on the frame rails of the car to land a hydraulic jack on when working on the car. Because they are exposed directly to the elements, it’s common for them to break or otherwise fall off. The hole they leave is directly in the airstream at highway speed and can cause a very annoying high pitched whistle. They are easy enough to replace, the part number is 51717001650. 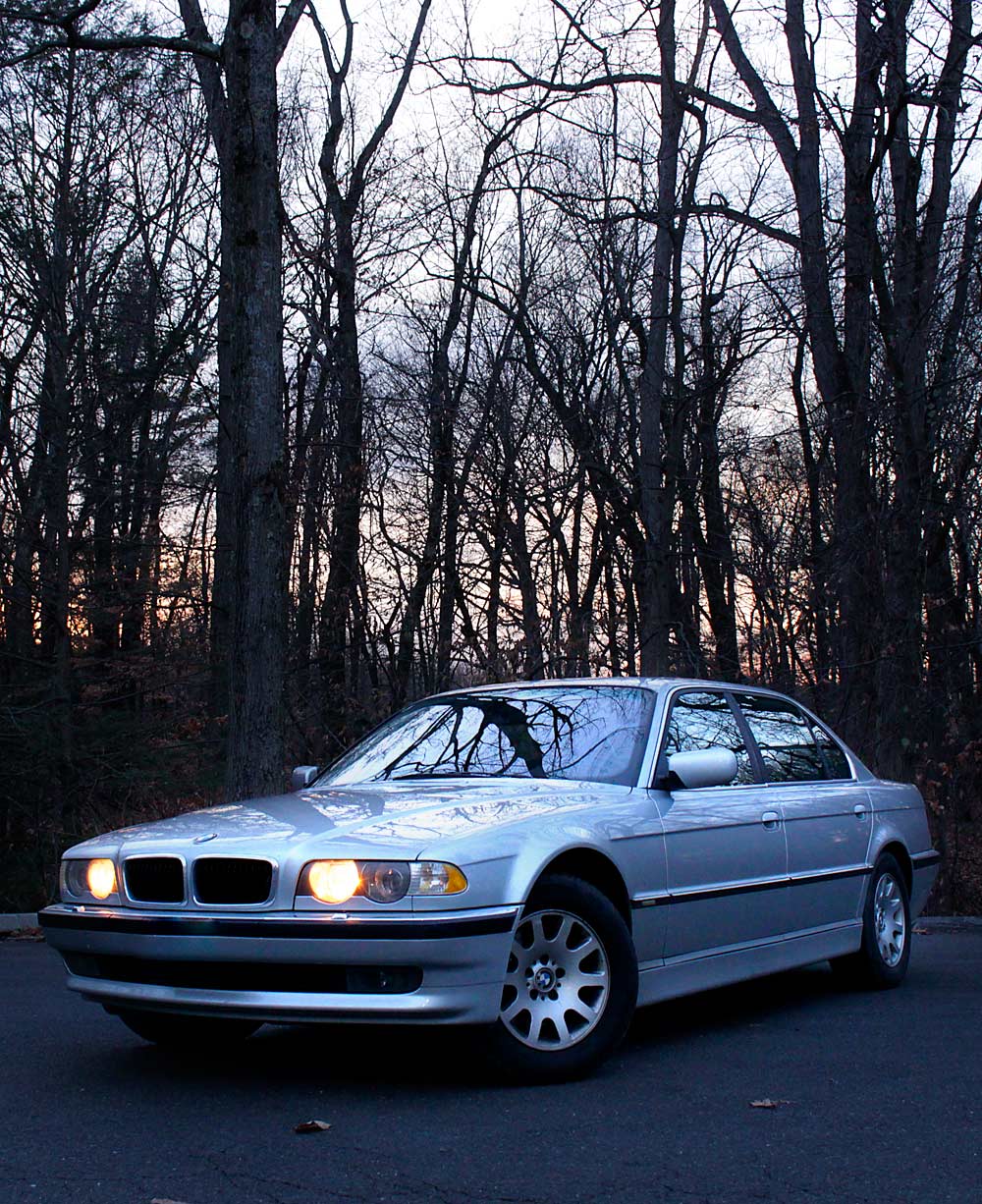 If you pull the handle on your glovebox and nothing happens, you’re not alone. A common problem with the BMW e38 glove box is this latch 51168177644. There are several failure points, but most of the time, a plastic part (as usual) breaks inside, and it’s over. You can try to super glue it, but a better bet is to choke up and drop the change on a new Genuine BMW latch.

That big V8 takes a lot of water to cool it down, so the huge radiator sees a lot of action. As the BMW E38 radiator ages, it becomes prone to catastrophic failure in a very specific way. The main hose neck on the top of the radiator snaps right off. This can be attributed to the plastic on the cooling system becoming too brittle to keep up with demand. We have a few radiator choices for the E38 BMW 7-series, 17111702969 for E38’s up to 1998, and 17111436063 for cars made in 1999 and after. Add the tank 17111741167 to the wish list too, as it is also made of the same plastic, and is also prone to break.

From the factory, the central valley between the M60 and M62 engine’s cylinder banks was sealed by a cover/pan with a very inadequate seal on it. This is known to fail early, allowing coolant to leak out and pool on top of the engine. If you smell coolant, you have three main possible problem areas. The radiator, as discussed above, a water pump (which is a common replacement item on all cars), and the Valley Pan. The pan has since been upgraded to address the issues from before, so you will only have to do this once. However, you WILL need to do it once if it hasn’t already been retrofitted. This pan is available in Uro and Genuine BMW and is cheap enough that it won’t break the bank. The part number is 11141742042. If you haven’t done it, nor has the previous owner, it is a good idea to do this as preventative maintenance. We have a kit that comes with all the seals you need to get the job done, including the air intake seals (that must be removed to get to the valley pan), and coolant o-rings. The part number for that is 100K10166.

I hope that helps you keep one of these beauties on the road. When well maintained, the BMW E38 7-series is a dreamboat. Robust, smooth, and quiet as a mouse. If neglected, it can become your worst enemy. Stay sharp, change your fluids, and keep your E38’s mojo running strong for years to come.