Ever imagined what your classic Saab engine would look like in a formula race car? In 1979, Saab’s PR department in the United States was interested in diversifying the Saab brand. Saab’s rally image was past its prime and other brands were becoming more competitive. By 1980, Saab shut down its competition department and retired from rally racing completely. But with new technologies that were advanced beyond their years with a history of longevity, Saab had something yet to offer the racing world. The B202 16-valve turbo-charged engine. 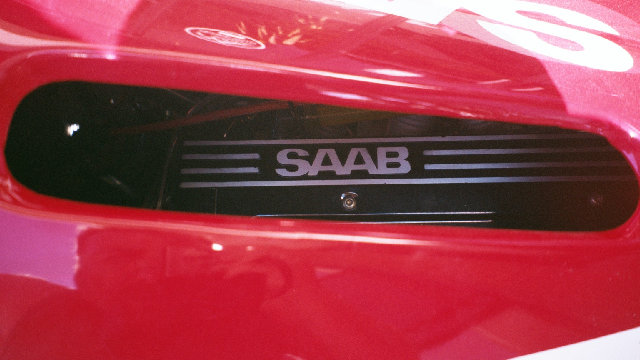 As International Motor Sports Association (IMSA) GT racing gained huge attendance and topped headlines, legendary racer and driving school owner, Skip Barber, launched an open-wheel “spec car” professional racing series called the Barber Pro Series. Barber originally intended to use naturally-aspirated 1,600 cc Dodge engines in his cars until Saab negotiated the use of 1,985 cc Saab 16-valve turbo engines instead. The engines were essentially stock classic Saab 900/9000 engines with 225 hp with emissions controls removed, boost increased, and fuel-injection settings revised. The engines were placed inside Mondiale Pro-Series chassis, based on the Formula Ford F2000, that could reach a max speed of 165 MPH. Barber ordered a total of 30 mechanically identical cars which were owned and maintained by his organization and raced by young, entry-level racers. 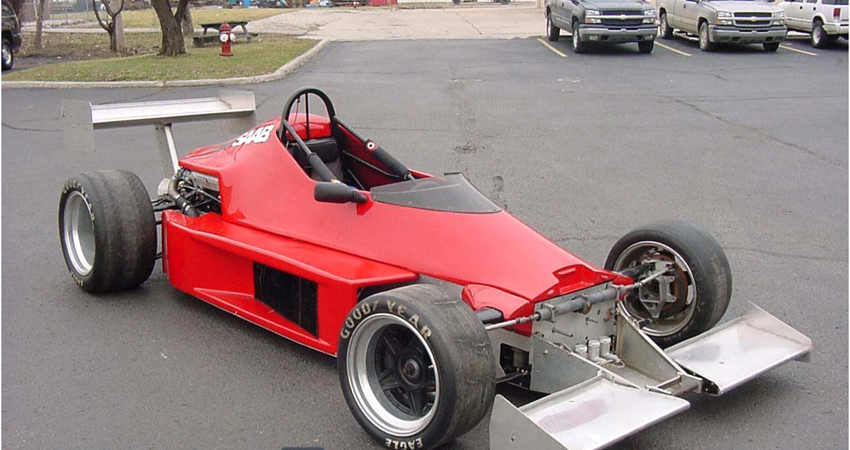 The Barber Saab series began in 1986, racing on road and street courses in North America. All 30 engines remarkably endured until the end of the 1987 season without a single replacement or overhaul after over 100,000 total miles on the track. The low cost and long lifespan of the Saab engines enabled low entry fees and a high amount of publicity for aspiring drivers, of whom every starter received some financial reward and the winner collected $6,000 per race. Many Barber series racers went on to compete in the major leagues after winning Barber races with Saab engines. Check out the classic broadcast below from the 1991 race at Lime Rock.  If any of you follow the world of motorsports, you’ll recognize a few names, including Bryan Herta (who won this race) and David Hobbs announcing!

Of course if any of you have aspirations of hitting that famous course with your own Saab (or BMW or Porsche, whatever you’re into!), be sure to check out our upcoming event there on June 9-10.  Visit www.eEuroFest.com for more info. 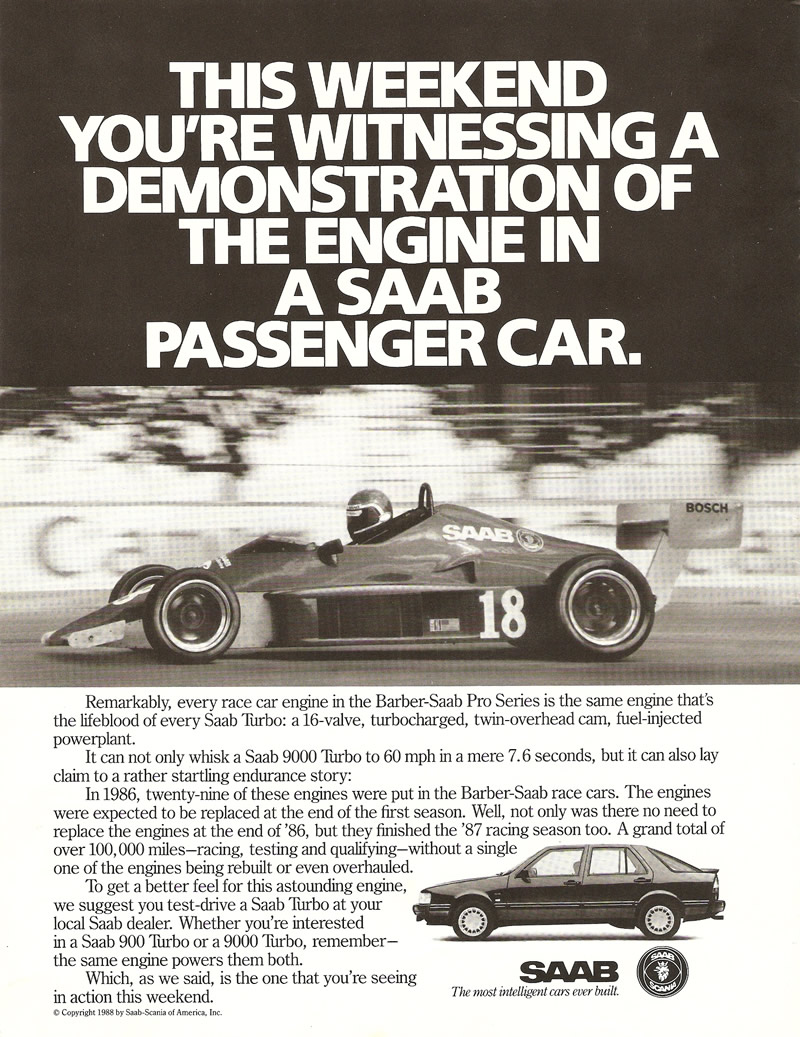 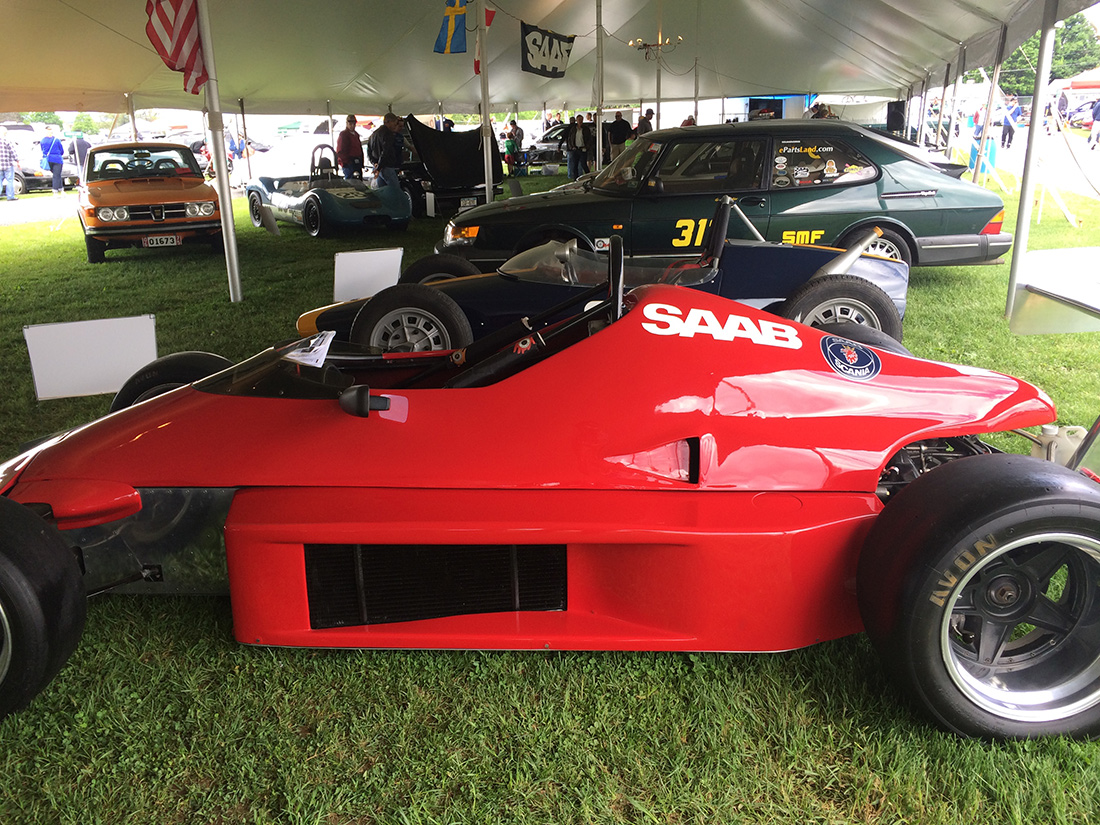 The Barber Saab Pro series continued until 1995 when changes in Saab leadership and marketing strategies discontinued Saab’s involvement. The 9000 engine was replaced with 240 hp 3.2 L 24-valve Dodge V6 engines and the series was renamed the Barber Dodge Pro Series until it ended at the completion of the 2003 racing season. Some said the Saab-engine racers were converted to the new Dodge engines. Others have said they were sent to Mexico to continue racing. At least a couple have been seen in private collections and Saab shows. If you happen to have one stashed away in your man cave, keep in mind that eEuroparts has all you need to maintain your 16-valve classic Saab engine indefinitely. 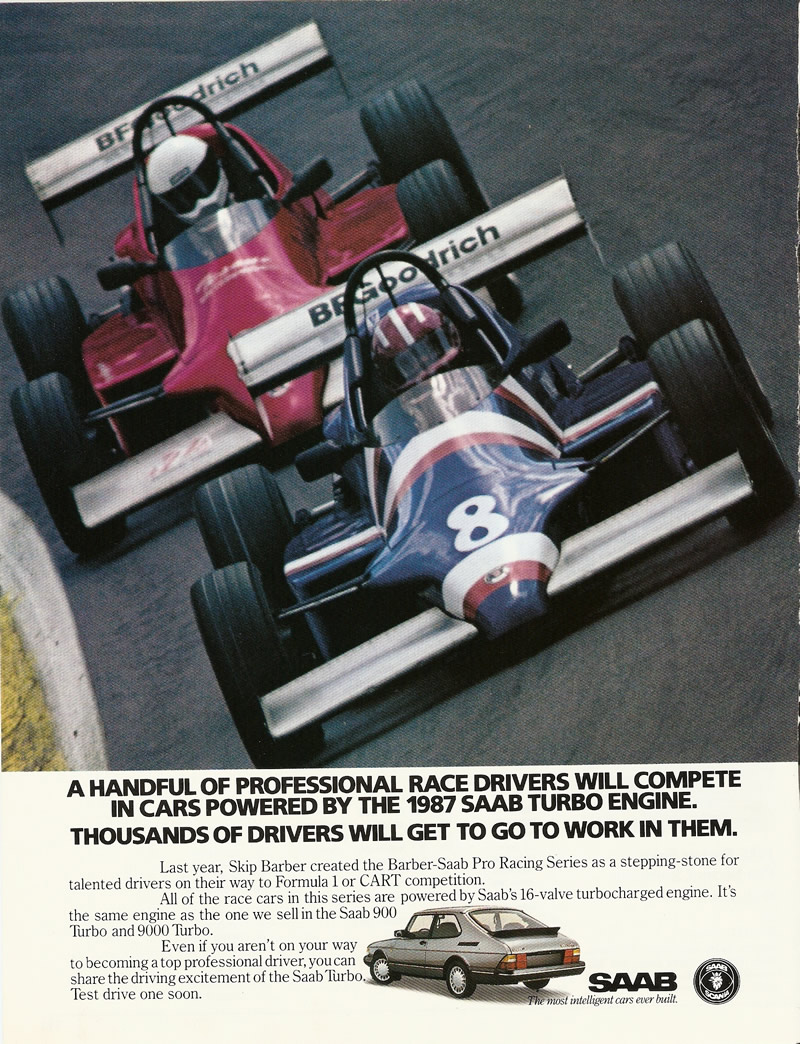 Even if amateur formula racing isn’t in your future, eEuroparts can help you make your Saab fly. eEuroparts sells the same parts that were used in the engines of these reliable race cars, and is ready to supply your automotive needs as well. Build reliability with OEM Saab parts, and check out the Performance section for upgrades specific to your model of Saab!